RA FRIDAY - GIVEAWAY WINNER , NOTHING NEW ON THE RA FRONT, WATCHING AND RE- WATCHING 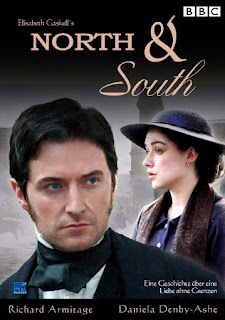 and the winner is … 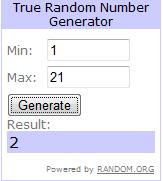 who said “This is such a lovely idea, Maria! I enjoyed the interview very much. I love the author's motivation for writing! Sometimes the book I am reading is so good that I cannot wait to come home from work and get back to it!

I would love to be entered in the giveaway, I have actually never seen or read "North and South" but I have heard wonderful things about it! Thank you for the great opportunity!”

Dear Meredith, congratulations! You should send me your e-mail address, please. M. Gray will then contact you in order to arrange the expedition of the DVD. But, mind you, Meredith. Health warning! Have you ever heard of the Thornton effect ? Let us know about your health conditions after watching North and South. We’ll be VERY sympathetic! 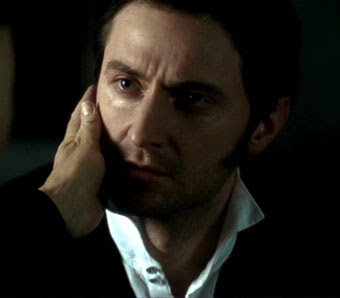 2. NOTHING NEW ON THE RA FRONT
Announcing the winner of N&S Dvd  has been perfect to start my RA Friday Post, hasn’t it?
YES! Here we are again. It’s Friday and I know some of you have been peeping around to see if they might find something new about RA. Unfortunately, it seems nothing new has come about recently.

a.  his taking part as a guest at an event held recently in London by Sky to showcase their programming for 2010 and an official photo taken on that occasion with his colleague, Shelley Conn  (Danni in Strike Back). 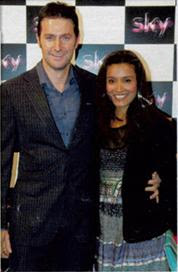 b. the rumours about a probable axing (?) killing off (?) ( why do they use such macabre verbs?!?) of Spooks after series 9. If you are interested in the “SPOOKS 10 or not SPOOKS 10 question” here are the two articles mentioning the two different hypothesis: HERE & HERE. I prefer to wait and see.

Meanwhile, what can a good patient sensible RA supporter like me do? Patiently wait for real news and new works , watching whatever she hasn’t seen so far or also re-watching her favourite works with Richard.

I have had little time I must admit, but I’ve recently seen the episode of George Gently broadcast in April 2007 , in which Richard plays Ricky Deeming, the leader of a Geordie biker gang called the Durham Defenders, and chief suspect in the murder of two fellow bikers. 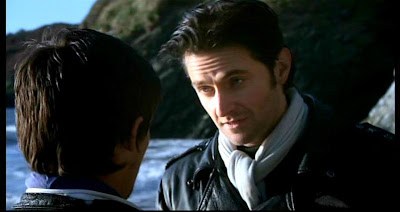 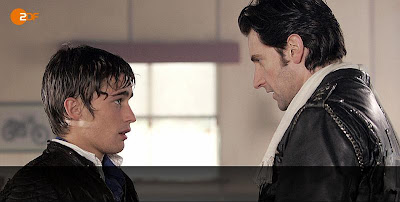 This episode is based on Alan Hunter's 1961 novel, Gently Go Man, one of a series of George Gently novels. It was updated slightly from the book - it was set in 1964, at the start of the social and sexual revolution that changed the lives of Britain's youth forever. The heart of the drama was the relationship between the older, respected George Gently ( Martin Shaw ), and the young, enthusiastic John Bacchus (Lee Ingleby) who was in danger of being corrupted. 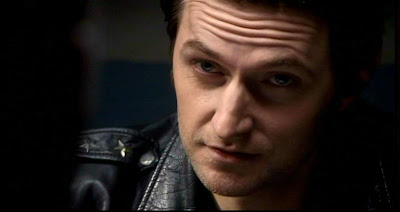 George Gently is a Scotland Yard inspector, a 'good' policeman working in an atmosphere of police corruption. One of the gangsters he pursues, Joe Webster (Phil Davis), murdered Gently's wife, Isabella, in revenge.Then, Gently learns of the murder of a young biker in Northumberland, Billy Lister (Christian Cooke). Gently suspects that Webster may be involved in the murder, and insists on being given the case.

In Northumbland, Detective Sergeant Bacchus is convinced that the prime suspect for Billy Lister's murder is Ricky Deeming (Richard Armitage), the charismatic leader of the Defenders biker gang to which Johnny belonged. But Gently isn't so sure… 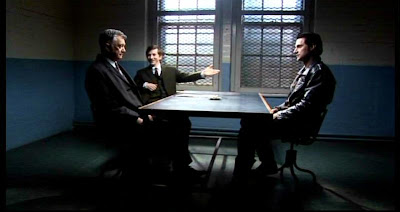 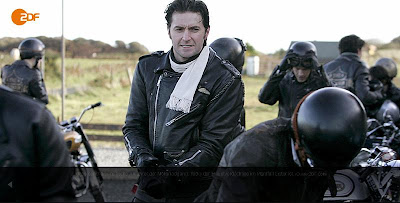 Everything about it seems perfectly normal, just seems normal. Gently will deal with corruption, drugs, and homosexuality investigating on this case. Anyhow, he is in advance of his time in his attitude to it whereas Bacchus is more typical in his dislike of it.
Richard’s Ricky Deeming is an intriguing character, admired and respected by the members of his biker gang, a man who looks down on "mediocre people" who lead "banal lives". Although his sexuality is never made clear, he's thought by some of the characters to be gay, at a time when homosexuality was still illegal in Britain. This puts him in danger from homophobic gangster Joe Webster as the drama builds to its climax. 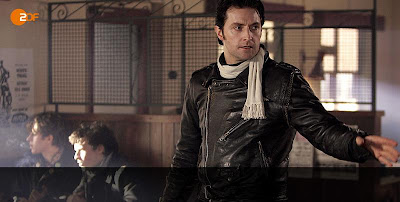 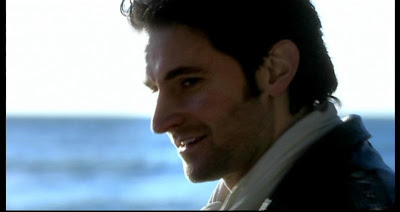 Now two are the things I didn't like so much in this TV drama.


1. Too little Ricky Deeming (yes, I know, obvious, he's not the protagonist)


2. Ricky Deeming a homosexual? I  can't believe it.  I'm not homophobic. Not at all. But if they want me to believe it , they have to re-shoot the drama substituting the actor  playing that role. (Don't even think of doing that! Just a paradoxical suggestion but ... did I get to the point?)

This is what I've recently seen for the first time, that I had never watched before. What I have lately  been re-watching is ... 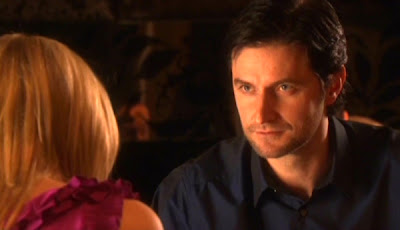 I just sympathize with poor Ellie. I would have made the same mistakes ... and even more!

and www.richardarmitagenet.com for to their precious archives!

AWWWWWW!!!!
You KNOW how much I love Rich in leather, don't you? :D
You're perfectly right: too little Ricky in the episode, but nonetheless I think he did a very good job in this production. He can believably play the homosexual as well as the straight, IMHO.
have a nice weekend,
*HUGS*
KB

Thanks for the articles, I hope they do not end Spooks.

Congratulations Meredith! I hope she'll like it as much as we do!

Fantastic! Thank you M.Gray for the opportunity, thank you Maria for hosting the giveaway, thank you for the congrats everyone!

I am so very excited to watch N&S and will be sure to tell you how I fare afterwards! *BIG grin*