While I was studying for my last university exam in English Literature –it was in the 1980s! - I heard of E. M.Forster for the first time. I had also happened to read an article in the papers about the posthmous publication of his novel “Maurice” (about his homosexuality) just few days before that exam and that piece of information helped me when the professor asked about the two or three pages taken from Forster’s “Howard’s End” we had in our anthology. I hardly remembered what they were about (we had to know about all the most important writers in English Literature from the Victorian Age to mid-20th century!) So when I rapidly finished telling him the little I could recall about that passage, I immediately started reporting what I had just read on the newspaper some days before and he was enthusiastic. 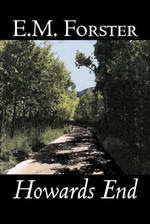 After that I felt … “indebted” to E. M. Forster and wanted to read his works starting just from Howard’s End. He became my favourite writer in those years and I read all his novels: A Room with a View, Passage to India, Maurice, Where the Angels Fear to Tread and The Last Journey. I also saw all the adaptations of his works released in those years and particularly loved them.

Howard’s End is a wonderful novel telling about the encounter of two very different families the cultured, idealistic Schlegel sisters and the materialistic, commerce-obsessed Wilcoxes with a third one, the impoverished Bast family. 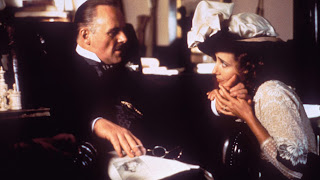 Howards End is E.M. Forster's symbolic exploration of the social, economic, and philosophical forces at work in England during the early years of the twentieth century. Written in 1910, the novel offers an extraordinarily insightful look at the life of Edwardian England in the years preceding World War I. Preoccupied with the vast social changes sweeping his nation, which was then at the height of its Imperial world influence, Forster set out to address the question critic Lionel Trilling expressed as, "Who shall inherit England?"--meaning, which class of people would come to define the nation? To answer the question, he explores the lives of three different groups of people, each of which represents a particular social class or class aspect: the literary, cultural Schlegel family, who represent the idealistic and intellectual aspect of the upper classes; the materialistic, pragmatic Wilcox family, who represent the "solid" English work ethic and conventional social morality; and the impoverished Bast family, headed by a lower-middle-class insurance clerk who desperately hopes books will save him from social and economic desolation. 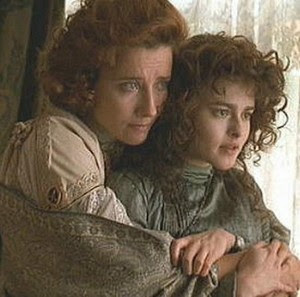 Very often in F.’s novels the meeting between different ethnic or social groups ends up in tragic clashes with tragic results (it happens both in Passage to India and Howard’s End, for instance) Is he so pessimistic? Not so much. Howard’s End ends in hope. Forster suggests a way to overcome differences more than once in his stories. He calls it “the secret understanding of the hearts”.

Throwback Thursday is hosted at
Takemeaway blog by Jenny

Beautiful post, Maria Grazia!!! I LOVE Howards End and A Room with a View.

What a wonderful sentence: "the secret understanding of the hearts".

I adore E.M. Forster but haven't read Howard's End in over a decade. I should really revisit it. I often think of Forster as Austen's best disciple, his work being much more like hers than that of the many female novelists who are so readily compared to her. Austen also addresses the pitfalls and advantages of the classes mingling, predicting the topic English writers' would struggle with for the next two hundred years. This was a lovely post - of course, pictures of Helena Bonham Carter never hurt!

Thanks for this great write-up on Howard's End! I must confess, I've never read the book but I love the film. I should probably rectify that situation someday. :)

I've only read Room with a View in recent years, and Howards End so long ago it barely counts. I must read Forster again this year. I've also always thought he was particularly good at naming his novels, Where the Angels Fear to Tread comes to mind...

Nice story about wowing your professor by showing evidence of reading outside of assigned materials!

Great post, Maria. I love Forster though it is a long time since I have read any of his novels - I think the film of 'Howards End' is probably my favourite adaptation of his work, as Anthony Hopkins and Emma Thompson are both brilliant in it, but also love the films of 'Maurice' (all the people who say Hugh Grant can't act should watch this and think again!), 'A Room With a View' and 'Where Angels Fear to Tread' - also liked the more recent Andrew Davies version of 'A Room With a View'.