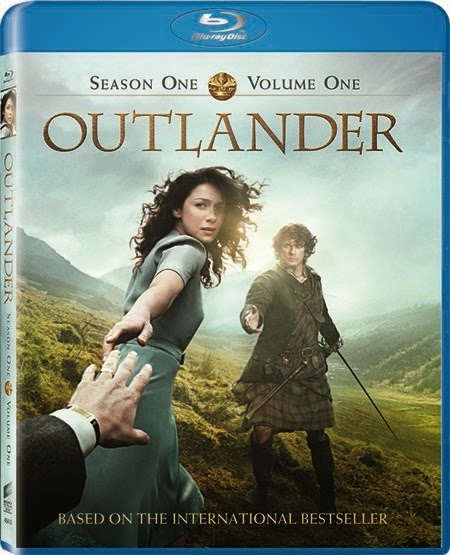 Have you been envying Outlander fans in the US who have been able to enjoy this amazing series on TV? It's time for you to stop wishing and dreaming.
Have you,  instead,  seen it on Starz and want to rewatch it,  because you can't have enough, because add it you your Outlander book collection, you wish to own it or think of giving it as a  present to friends to share the love?
The big news is that you can do all that right now! Outlander season 1, volume 1 will be released on Digital HD on February 9 and on DVD and Blu-ray on March 3rd. Loaded with extras (see details below!)


You can pre-order your copy HERE.

The second half of season 1 will be aired from April 4th. Episode  9 will be broadcast,  which includes one of the most controversial  scenes in Gabaldon's book. It will be a shocking  and shaking moment for millions of Jamie Fraser's fans.
While eagerly expecting for the darker part of the series, here is a great surprise gift : A 2-disc set for collectors! Read on to discover more. 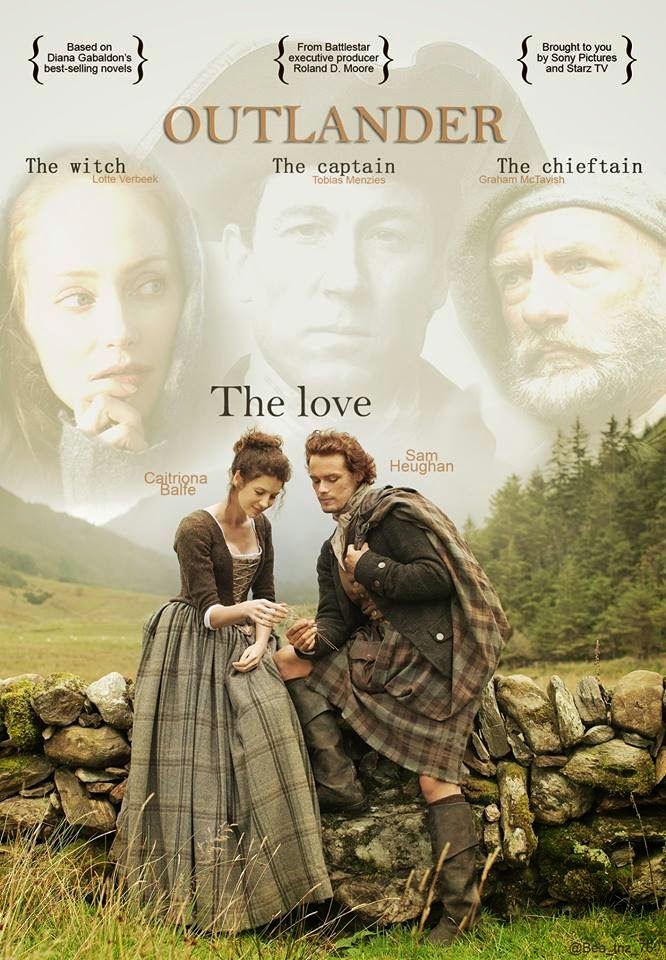 OUTLANDER: SEASON 1, VOLUME 1 contains all eight episodes in two-disc sets loaded with special features for collectors and fans alike. Avid viewers can also follow Claire’s epic journey through time with the Limited Collector’s Edition, featuring a 32-page book filled with photographs, excerpts from the scripts, and an introduction from author Diana Gabaldon. Also included is a placeholder for Volume 2, allowing fans to complete their Season 1 collection.

The stand-alone Blu-ray and DVD sets for OUTLANDER: SEASON 1, VOLUME 1 will include two all-new featurettes.  In the first featurette, “Outlander: An Epic Adaptation,” Diana Gabaldon shares the story of writing her first book and her thoughts about executive producer Ronald D. Moore bringing her stories to life.  In the second, “Authentic in Design: The Dresses and Kilts of Outlander,” producers and costume designers take viewers through the extraordinary wardrobe and share the distinct process of creating 18th-century fashion for the series.

Blu-ray exclusives include 21 deleted scenes and four additional, all-new featurettes.  Fans can take an inside look at the casting for the show in “Casting Outlander,” and see how the actors immersed themselves in horseback training, Gaelic classes and much more for their roles in “Emerging a Scot: Cast Goes to Boot Camp.”  Viewers can also learn about the significance of the home to the Clan MacKenzie in “On Location:  Castle Leoch and the Magic of Scotland,” and take an in-depth walk through of both the set and stages with executive producer Ronald D. Moore.

"One of the most controversial scenes in Gabaldon's book"???
"A shocking and shaking moment for millions of Jamie Fraser's fans"????

But phhhllleeeaaase!!!! Seriously... if this is a 'most controversial scene', what about Jamie's flogging, or his later 'interview' vith BJR?

Probably the author of this ad hasn't even read the book :-/
K/V

Well, that's my opinion, darling careful reader of my Outlander posts :P
I was more shocke and disturbed by Jamie's violence on Claire, than by BJR 's on Jamie. If I didn't know you, I'd say I should feel rather offended by your "accusations." I haven't read the books? Mmmphphmmph
To cut it short, let's say that THAT is ONE of the most controversial scenes in the book, ok?
**Sighs**

Fact is, I almost immediately forgot about the aforementioned scene, because I didn't find it disturbing, given the custom of C18 Scotland and the reasons behind it. It doesn't mean that I approve, but this just... makes sense to me, more than other events described in the books. I appreciate that Jamie understands Claire's reasons, too, and agrees not to do it anymore: such an affectionate and obliging husband is hard to find in his times. But we already knew, didn't we?
K/V

looking forward to the release so I can watch--we only had starz the first weekend.

Maria, I trust your opinion!
Denise

I'm with you--I know many readers who couldn't read beyond that scene, and missed out on a great series because of it.

Really, Jane? They were so disappointed or so shocked that they stopped reading? I was honestly disappointed by Jamie and I think I still can't get past it. Because I happen to think about that episode more often than Claire herself (LOL). How can I explain? When violence come from someone you trust and who should protect you, isn't it more shocking than if it comes from someone like Black Jack Randall? I can't say that what expects Jamie in the second part of the series in his next meetings with BJ doesn't upset me, or didn't when I first read those scenes in the book. Anyway, I found the infamous spanking scene more painful and more unacceptable.
I'm sure it 'll be tough to watch, but I'll cope with it. I'm not so sure I'll be able to watch Jamie and BJ's scenes instead. I really can't watch gory, violent, graphic scenes easily. Nonetheless, I can't wait!!!
Thanks for your comment, Jane!

The matter that you provide is worth our time and energy. Daily releases of the most popular TV-Shows

Hello there, I do think your website may be having browser
compatibility problems. Whenever I take a look at
your website in Safari, it looks fine but when opening in IE, it has some overlapping issues.
I simply wanted to provide you with a quick heads up! Other than that, great site!