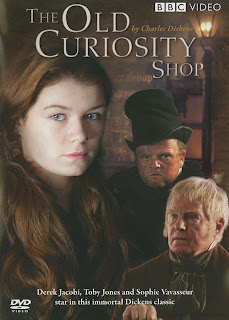 Not long ago, writing about one of my favourite novels by Dickens, GREAT EXPECTATIONS, I said that it had one of the saddest ending I had ever read in one his works. Dickens usually rewards the good and punishes the wicked. Well, I wasn’t right. I hadn’t read his THE OLD CURIOSITY SHOP (1841). Someone more important than me, who read it at the time of its publication , reacted even worse than me: the Irish leader Daniel O'Connell burst into tears at the finale, and threw the book out of the window of the train in which he was travelling.

Actually, I haven’t read this novel yet. As usual I had to study about it when preparing my university exams ages ago, but, so far I’ve only seen one of the latest TV adaptations, BBC 2007 The Old Curiosity Shop. I did it yesterday . Though it changes a bit respect to the original plot, it is a good-quality Tv drama depicting a gloomy foggy Victorian London, with good locations, good performances and a good narrative pace.

THE OLD CURIOSITY SHOP was one of two novels (the other being Barnaby Rudge) which Dickens published along with short stories in his weekly serial Master Humphrey's Clock, which lasted from 1840 to 1841. The Old Curiosity Shop was printed as a separate book in 1841. 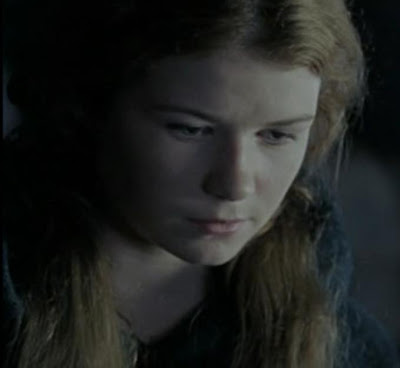 Poor little Nell Trent ( Sophie Vavasseur) is a sweet thing, an orphan. At 13, she is the soul of innocence,  naive , generous and good hearted as she keeps house for her grandfather ( Derek Jakobi) in dangerous dark London of 1839. A ray of sunshine on the bleak and dirty streets. 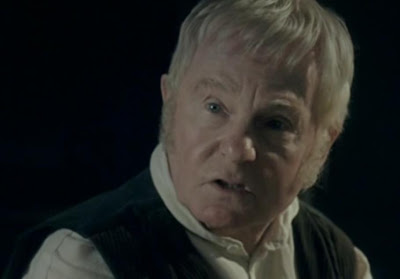 Her older brother, Fred ( Brian Dick) , who mistakenly thinks she will inherit a fortune accumulated by their miserly granny, already plans to marry her off to his friend, Richard Swiveller (Geoff Breton). 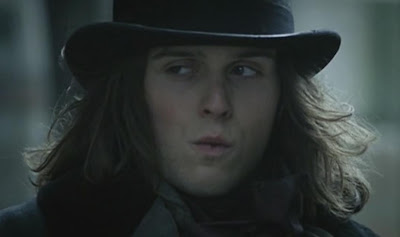 But he is wrong: white-haired Grandpa is a compulsive gambler who stays out all night, leaving Nell sleeping in the living quarters above his curiosity shop, while he regularly loses the money he has borrowed from Daniel Quilp (Toby Jones) . Eventually, the mean wicked Mr Quilp decides he wants his money back and plans to get a younger beautiful wife - though he already has one – blackmailing Nell’s Grandpa: he will give him as much money as he wants if Nell will be a maid-servant in his house. Got it? 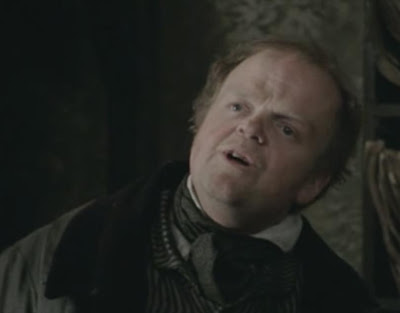 When Mr Quilp takes possession of the Old Curiosity Shop , Nell convinces her grandad to leave and they become beggars.... adventures and misadventures await them, while Mr Quilp wants them back ...at any cost. 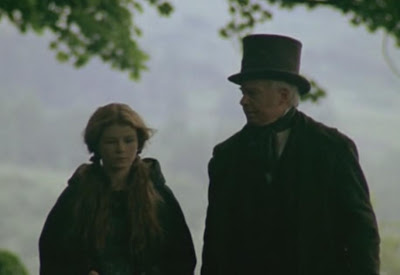 Among Dickens’s devilish villains, Mr Quilp is the slimiest, the most insidious and devious I remember: a malicious, grotesquely deformed, hunchbacked dwarf moneylender.His helpers are as insidious as he is: Mr Samson Brass (Adam Godley ) and his sister Sally (Gina McKee) are obsequious and malicious, greedy and selfish (they reminded me of Uriah Heep). 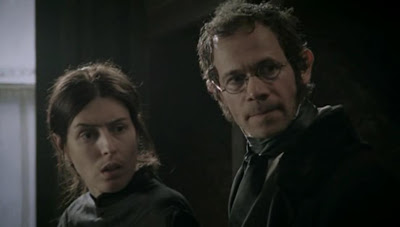 As always in Dickens’s great novels the evil characters are incredibly wicked and the good ones are incredibly good.The first may sometimes seem grotesque caricatures of demons and the latter naive unaware creatures in a world too complicated and hostile (Oliver Twist, Pipp, Little Dorrit, young David Copperfield, for example)

Among the good characters in The Old Curiosity Shop there’s Kit, Christopher 'Kit' Nubbles, (George MacKay) Nell's only friend and servant. His dedication to his family earns him the respect of many characters, and the resentment of Quilp. He is framed for robbery, but is later released and joins the party travelling to rescue Nell. 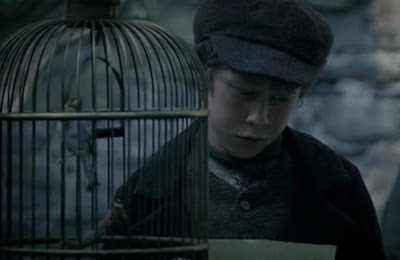 As always in Dickens, a mystery must be solved:

who is the mysterious 'single gentleman' who is looking for news of Nell and her grandfather when they have just disappeared? The 'single gentleman' and Kit go after them unsuccessfully, and encounter Quilp, who is also hunting for the runaways. In the book he is Nell’s grandfather’s younger brother, in the TV movie  Mr Codlin (Martin Freeman)  is Nell’s father who comes back wealthy and changed after many years spent abroad. 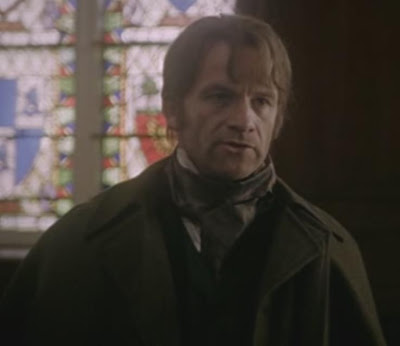 So,  I want to add this DVD to the list of beautiful adaptations of Dickens's novels I've seen so far:

Now I've got BBC Oliver Twist (2007) and Great Expectations (1999) on my TBW list. Do you know of any other adaptation of Dickens worth seeing?

4. Better a not-very-good David Copperfield than any Big Brother!

Hi Maria,
I checked IMDB.com and these titles had very high ratings: Hard Times (1977)--had better ratings than the 1994 version ; Our Mutual Friend (1998); Martin Chuzzlewit (1994).
Unfortunately I haven't seen any of those. One I have seen (on late night TV) is the 1946 version of Great Expectations with John Mills and Jean Simmons. They are both wonderful actors! It's black and white however, but it won best picture the year it was released.
My personal favourite is the musical "Oliver!" I still remember many of the songs. It's a good one to show children to introduce them to classic literature. (But I am a child at heart anyway!)

I LOVED LOVED LOVED BBC's adaptation of Bleak House--it was the reason why I read A Tale of Two Cities. Have you seen that one? With Susan Surandan? I'm trying to decide whether I want to watch it.

But any story that makes someone so upset that they'll throw the book out of a moving train has me wanting me to read it. Maybe I'll start with the movie. Thanks for the review, Maria! Sounds great! Now, if only goodreads had a "to watch" list. lol

I have never watched a Dickens adaptation... I watched only some parts of some episodes do Bleak House, but I couldn't even understand what it was about. I want to watch many of his adaptations, but I struggle too much as I want to read the books first... I'm with "Little Dorrit" for almost six months and haven't watched anything yet! Your review is nice as always, making us want to watch it!

I really need to see these new adaptations (you may have inspired a marathon), but I love the old David Lean productions of Oliver Twist and Great Expectations from the 1940's, just like I love the old Christmas Carol from the 30's. Granted, they're dated, but there is something about the black and white forum and the cinematography of the time that captures the claustrophobic feeling that Dickens imparts, trapping his heroes in a cold, inhospitable, Victorian reality.

Thank you for your words in my blog.
About Dickens ... I've read only a part of " Pickwick", "Little Dorrit" and no other books... So I don't know the book you're talking about.
I find your blog a great moment of culture.
Thank you

Enjoyed your review and the lovely stills, Maria. I saw this version a while ago when it was first shown on TV in the UK and reviewed it on my blog - I was disappointed because I've read the book, which is very long and full of episodes with Nell and her grandfather travelling around the country, and nearly all of that was cut out because it was so short. But I did like what was there, I just wanted more! I'm so impressed by the way you keep putting up so many interesting posts.