1. When you get awards and rewards , prizes and appreciation, well, it can make your day. Especially after an awful hard – working day. I’ve just realized I’ve been awarded again , three times, with lovely awards but  I have already received two of them! It makes me extremely happy but puzzled. What am I supposed to do now?

I have both these awards displayed among others in my sidebar. Well, you have to roll it down as far as the end to see them, but they are all there and I’m so proud of them. Now, first of all, I want to thank Meredith at Austenesque Reviews , Steph at Stop Me if You’ve Heard This One Before and Avalon at Robin Hood, Narnja , Native Actors and Period Films,  for their awards to my blog with all my heart. I do appreciate. I love their blogs and they often make me happy commenting on Fly High and contributing to the discussion about my posts. But what is it better to do now ? May I pass these awards on as if it were the first time I get them? Maybe it is better to get them and stop there, being doubly happy and gratified. THANK YOU!!! Here are my posts on receiving these awards for the first time.

But it is not over yet : Avalon awarded Fly High with three blog awards at a time and I have never received the other two! THANK YOU SO MUCH , Avalon!!! ( Here's her post) 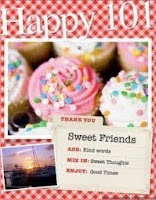 I'm going to pass these latest two awards on but in another miscellaneous post and very soon. I have to fulfill other tasks too. For example, listing 10 things that make me happy. I'll think about it and be back!

2. And now today’s holiday and the first extraordinary man in this post. 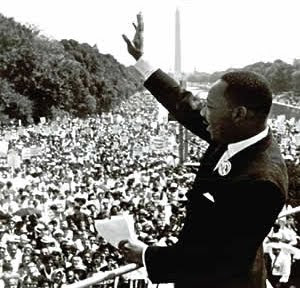 Today is Martin Luther King Jr. Day . It is a United States holiday marking the birthdate of Rev. Dr. Martin Luther King, Jr., observed on the third Monday of January each year, around the time of King's birthday, January 15. It is one of four United States federal holidays to commemorate an individual person. King was the chief spokesman for nonviolent activism in the civil rights movement, which successfully protested racial discrimination in federal and state law. He was assassinated in 1968. He has left us such beautiful words and above all a great exemplary life spent in defence of his people and in the pursuit of their rights.

Everybody remembers his "I have a dream" speech . Instead I treasure others of his words. I’ve got a short excerpt of one of his speeches in Italian which I particularly like. It was given to my younger son by his teacher on a wishing card when he left primary school and I have kept it in my treasure box (it is full of cards and tickets and other "paper" souvenirs). It tells about being the best of whatever you are. A plumber? The best of plumbers. A teacher? The best of  teachers. A mother the best of mothers. If you can’t be a high pine in a forest than you can be the best bush in the valley. Though small, be the best. This is his message, in my own words.

Definitely out of fashion in our contemporary world in which they stir us to be the first, the best, the richest, the handsomest and the most beautiful, the slimmest, the most energetic, the smartest, the best-loved and most widely popular … with the least effort and the least of sacrifice possible.

3. I’m teaching Byron these days. Also George Gordon Byron ( 1788 - 1824 ) was an extraordinary man . Definitely out of ordinary. Sixth Baron Byron, he descended from two aristocratic families that were undisciplined and violent: his father a dissolute fortune hunter and his mother had an uncontrollably irritable temper. Although extremely handsome, he was born with a lame foot, a deformity with which he struggled all his life. He embodied the typically romantic hero he himself created in literature: the byronic hero. He lived his life fully out of conformity. He and his heroes were restless, moody, mysterious, rebellious, anti-conformist, loved by women and envied by men, often haunted by a hidden secret. In order to prepare my lessons I re-read several materials, prepared power point slides (if you are interested, you can have a look at LEARNONLINE since part of my materials are there for my students) and re-watched some scenes from my DVD  BYRON , the 2003 BBC series,  starring Jonny Lee Miller as a young fascinating Lord Byron. 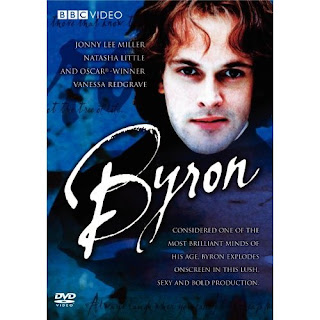 Incest, homosexuality, adultery, drug addiction, and (little) poetry in this BBC TV production. Not a bad one though. I don’t think I’ll use it in my classes. Too revolutionary an example, even for our extremely free kids of the 21st century. I'd better read his poems and tell  them some anecdotes from his official bio if I want to avoid problems with their parents and my boss!

Congratulations on the awards. Well deserved.

You have 2 more awards on my page

I wanna take your class and learn about Byron!!! Maybe I'll check out that flick sometime if I think I can hack it. :)