THROWBACK THURSDAY - GOOD READS FROM THE PAST : ATONEMENT by IAN McEWAN (2001)

Among my favourite British contemporary writers, Ian McEwan. I discovered him when I started teaching English Literature to High School students (I taught language and grammar to secondary shool younger students before) and my first approach to his work was his  BLACK DOGS. Then, I went on  reading ENDURING LOVE and SATURDAY but my absolute favourite among his novels is ATONEMENT (2001). I love McEwan's ability at creating convincing narrating voices. In ATONEMENT he did a really excellent job with his Briony, one of the most complex characters I’ve ever met in literature. Well, this novel IS a complex one. It works on several levels: it is an account of class and society in pre-war England and it deals with growing – up. The second half contains detailed descriptions of the British evacuation from France in 1940 ( based on the author’s scrupulous research) and of the training of wartime nurses. You know I love WWII –set novels or films, don’t you? I sometimes chooses some pages from its  second part to read to my students. However,  the most fascinating aspect in ATONEMENT is the exploration of the problem of knowing other minds and the role of imagining, narrating and story-telling. The story of Briony is the story of a writer and of her efforts to understand reality and escape isolation. A terrible story, sad, tragic but … involving and compelling. Just the type of story I'm fond of.

You didn’t read the novel nor saw the 2007 movie based on it – starring Keira Knightley , James McAvoy and Romola Garai – and you are not totally following my rambling? 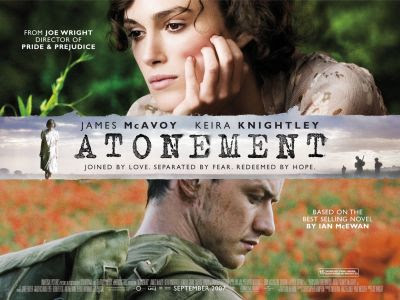 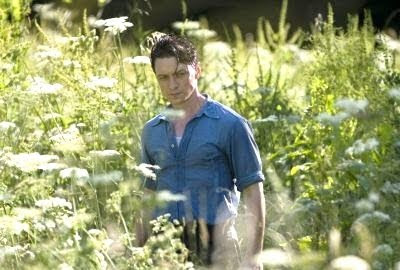 It starts as a classic family saga set in a British country house in 1935. Briony Tallis is 12 years old and wants to become a writer. Her first experiment is a play she starts rehearsing with her cousins in order to perform it in front of friends and family there in their house. 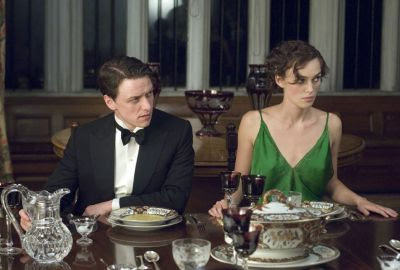 Briony has a vivid imagination which, unfortunately, twists and deforms plain reality. The key episode in this frist part of the novel is in fact narrated from different points of view and Briony’s is the most “dangerous” and less real of them all. 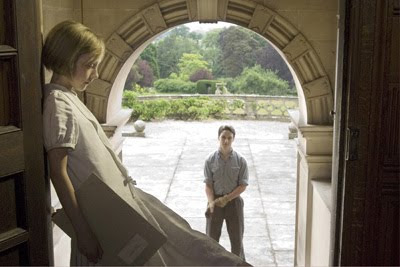 It is an odd incident she witnesses from her bedroom window, it regards her elder sister Cecilia who takes off her dress and steps into a fountain in the presence of Robbie Turner, the son of a family servant. Robbie has been educated at Cambridge under Mr Tallis’s patronage. He and Cecilia are in love but Briony misinterprets what she sees and suspects that Robbie is forcing her sister into doing obscene things .Has Briony got a crush on Robbie? Maybe. When a young girl, her cousin, is raped in their garden at night, Briony accuses Robbie of the act, out of revenge and perhaps jealousy. Robbie is imprisoned and expelled from the family’s estate. Cecilia , who believes in his innocence, breaks with her family. 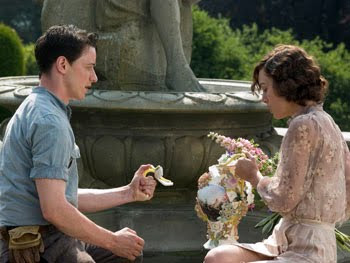 The second part of the novel takes part in Normandy in May 1940. Robbie is a soldier after his prison sentence. The only thing that keeps him alive is his hope to be united with Cecilia again. She has become a nurse meanwhile. Briony, instead, has realized that she made a mstake and is tormented by remorse. She also works as a nurse in a wartime hospital in London, where the hard labour is a form of atonement for her. 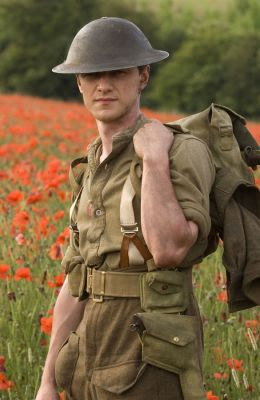 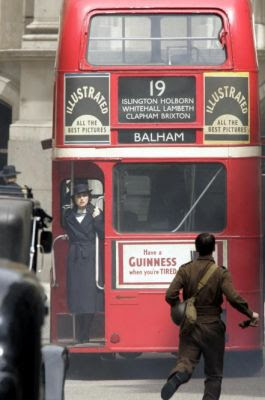 In the third section we are in 1999, aging Briony is now a successful writer who has just discovered she suffers from progressive vascular dementia. Her ability to remember and grasp reality will soon desert her. But she is in peace because she has just finished writing her latest version of Robbie and Cecilia’s story. Her atonement seems complete… but we learn what really happened to the two unfortunate lovers , unexpectedly,  in the end. The novel Briony has published has a happy ending … McEwan’s Atonement hasn’t and it leaves the reader stunned and deeply touched. Brilliant device. I loved it! 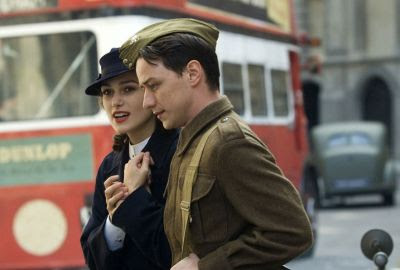 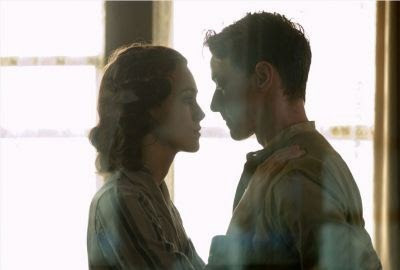 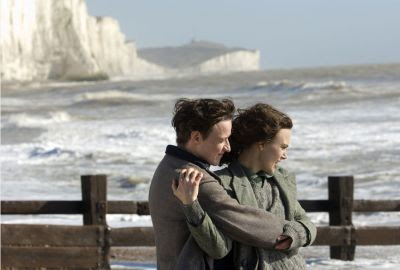 The images are taken from the successful 2007 adaptation of the novel. A good film. But you should read the novel first.

Read an excerpt from the novel

Posted by Maria Grazia at Thursday, January 28, 2010
Email ThisBlogThis!Share to TwitterShare to FacebookShare to Pinterest
Labels: Atonement, Books, From Books to Movies, From my bookshelf, Ian McEwan, Throwback Thursday

Nice write up! I loved the book and I thought the film was a remarkably good adaptation! I thought it was stunning visually and almost perfectly cast! But I do think it would be hard to fully appreciate the film if you hadn't read the book so I totally agree with your last statement!

One of the best adaptations, and this isn't an easy book to adapt. I agree that Briony is one of the most complex characters I've ever encountered.

>the most fascinating aspect in ATONEMENT is the exploration of the problem of knowing other minds and the role of imagining, narrating and story-telling.

I loved this aspect of the book, but the basic plot is good too. As you say, it works on many levels.

I have got to read more Ian McEwan

I never knew that this was a book first. Thanks for posting it!

I made the terrible mistake of watching the film first. I loved the movie, but when I read the book I noticed why some things were quite difficult to understand. This is a very good book, the way McEwan deals with the ghosts of Briony's life is very interesting. I just couldn't buy Cecilia and Robbie's love. I couldn't really feel that was such a great love as McEwan tried to show...

I found the movie very moving indeed. I haven't read the book though, so I will add it to my reading list.