ONE SEEN & ONE TO BE SEEN: RETURN TO CRANFORD AND LARK RISE TO CANDLEFORD SERIES 3

1. ONE SEEN: RETURN TO CRANFORD 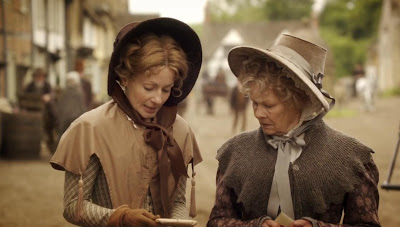 Mrs Gaskell 's CRANFORD is a witty and poignant comedy of early-Victorian life in a country town, where she describes the uneventful lives of the lady-like inhabitants so as to offer an ironic commentary on the diverse experiences of men and women. The novel has been thrice adapted for television by the BBC. The first version was broadcast in 1951, the second in 1972, with Gabrielle Hamilton as Miss Matty, and the third version in 2007. The 2007 version added material from other writings by Gaskell: My Lady Ludlow, Mr. Harrison's Confessions and The Last Generation in England. Judi Dench and Eileen Atkins took the leading roles as Miss Matty and Miss Deborah Jenkyns, with Imelda Staunton cast as the town's gossip, Miss Pole, and Michael Gambon as Miss Matty's former admirer, Mr. Holbrook. The love story line involved the new doctor Frank Harrison (Simon Woods)  and Sophy Hutton ( Kimberley Nixon) The BBC sequel, Return To Cranford, has been recently broadcast -20/27 December 2009 - in the UK and is being aired in the USA these days on Masterpiece Classics. 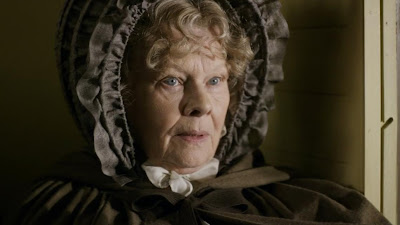 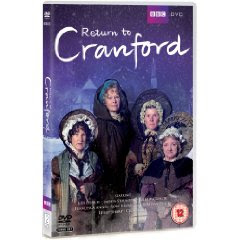 The delightful two-part drama, Return to Cranford, is also the latest acquisition to my DVD collection and my latest experience as … Sunday – DVD watching - while - ironing. I got the DVD from Amazon at record time. They are usually quick but, this time, I was astonished: it just took 4 days! I was looking forward to seeing this new period drama but didn’t hope it’d be so soon. Anyway, since Masterpiece Classic is airing it just these days for US TV audience and hasn’t broadcast the second part yet, I’ll try not to give many spoilers away.

Judi Dench reprises her role as Cranford’s much cherished Miss Matty Jenkyns and all the Amazons of Cranford are reunited in this two-part special feature with Imelda Staunton back as Miss Pole, Julia McKenzie returning as Mrs Forrester, and Deborah Findlay reprising Miss Tomkinson.Barbara Flynn returns as Mrs Jamieson, whose aristocratic sister-in-law, Lady Glenmire (Celia Imrie), arrives and makes quite an impression on the friends. 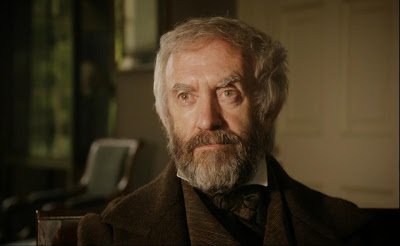 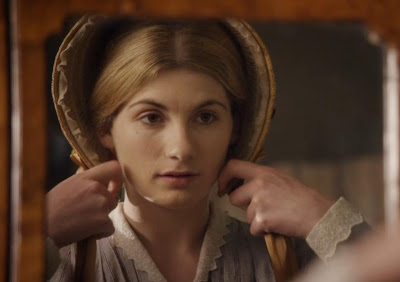 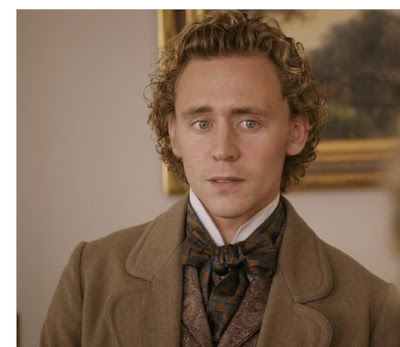 Read about  and see the new characters HERE.

My favourite scene from episode 1 (spoilers, of course!)

As anything is possible in Cranford, you happen to smile, laugh out loud at heart, being sorry for one of the characters and even be moved to tears for some others, you get angry on some occasions but you are pleased when they meet gratification on others. I liked it as it was such a gallery of familiar faces, beautiful costumes and locations, examples of very brilliant acting that one can’t deny that , once again , BBC gave us high quality drama.

2. ONE TO BE SEEN - LARK RISE TO CANDLEFORD SERIES 3 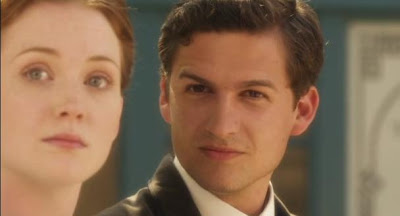 Ms Dorca Lane and Laura Timmins are back every Sunday on BBC 1 with several new characters and many old acquaintances. Three months left for the end of the third series of this beautiful costume drama based on Flora Thomson's memoirs of her childhood in Oxfordshire. I'm happy they decided to produce a third series with 12 episodes. I love the characters and the Victorian atmosphere in this drama . I've seen the first two series and  was fond of them both. My previous posts are HERE and HERE. 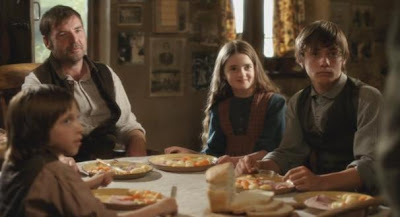 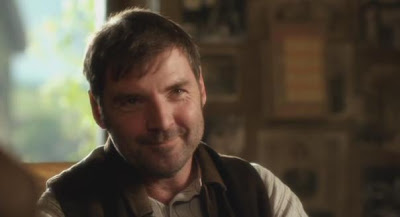 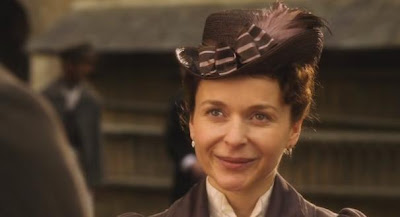 THE LIFE OF FLORA THOMSON

I can't wait to see the 12 new episodes!

Ok, I never saw Cranford, but am going to get it from Netflix. I have Return to Cranford sitting on my tivo waiting for me to watch it.

And, I've seen season 1 of Lark Rise (LOVED it) and am waiting for Netflix to have season 2 available. Our PBS station didn't show it!

I Netflixed Cranford season one just before the new one came out...Loved it :) I have not heard of Lark Rise, I am going to check it out now, Thanks :)

I just wanted to say I loved both Howards End (I still have the ticket stub from when I went to see in in HS!) and House of Mirth. Gillian Andersen really surprised me when I saw her in that and I've been a fan ever since. I LOVE LOVE LOVE Lark Rise and heard they were renewing it for another season so I have been waiting for that... I still have a hard time seeing her as anything but Lydia though! lol. We both loved cranford, and return to Cranford was great! It even brought out a few tears in old hubby! Those shows are excellent and I hope they find some way to bring about another one eventually.