THROWBACK THURSDAY : TIZIANO TERZANI & HIS LETTERS AGAINST THE WAR

First Throwback Thursday - event hosted by Jenny on Takemeaway - dedicated to books from my past. I’d like to write about very special ones. Special and extraordinary because they touched and changed my life, my mind, my conscience or my heart, somehow. 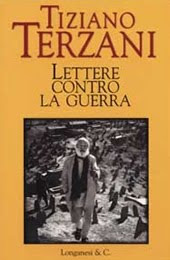 I got this book from a colleague and friend of mine and it was love at first reading. I was enchanted by the words and wanted to discover more about the man: TIZIANO TERZANI, journalist, war reporter and writer. I hit it off with his smile and his original outlook to our world. This is why, after LETTERE CONTRO LA GUERRA (Letters against the War,  2002), I read also his IN ASIA ( a collection of articles he wrote over the years when he was a war reporter), UN ALTRO GIRO DI GIOSTRA (One More Ride on the Merry-go-round, 2004) e LA FINE E’ IL MIO INIZIO (The end is my beginning, 2006). This man, who wrote about war most of his life and lived for peace and peace only,  has taught me so much and I was so sorry when he died on 28 July 2004. His last memories are recorded in a beautiful interview for the Italian television entitled "Anam" ( an Indian word that literally means "the one with no name", appellative gained during an experience in an ashram in India) and in his last book , published posthumously (2006) by his son and wife.

He wrote Lettere Contro la Guerra (Letters Against the War) after 9/11. The book was a response to the anti-islamic invectives published by the Italian journalist and author Oriana Fallaci on the daily Il Corriere Della Sera on 29 September 2001.

As for war, he wrote, for instance: “The causes of war are to be found within us, more than they are outside us. They are to be found in passions such as desire, fear, insecurity, greed and vanity. Gradually we have to rid ourselves of them. On the 11th of September the world has changed. Now we ourselves have to change.It’s time to move into the open, time to make a stand for the values we believe in. A society gains much more strength by its moral resolution than it does by acquiring new weapons”. ( Lettere contro la guerra)

Other examples of his precious teachings are

"If you have nothing inside , you will never find anything outside. It's useless wandering and looking in the world for what you can't find in yourself "(Un ultimo giro di giostra)

"The only true master is in no hut, in no icy Himalaya cave ...It's inside us" (La fine è il mio inizio)

Few notes about the author of "Letters against the War".

Terzani was born in Florence in 1938. He attended the University of Pisa as a law student and, after graduating, he started working for Olivetti, the most advanced office equipment producer in Italy. In 1965, he had the chance to go on a business trip to Japan. This was his first contact with Asia and his first step towards his decision to change his life radically and explore Asia. He then resigned from Olivetti and moved to Columbia University in order to study chinese language and culture.

In 1971 moved to Singapore as a reporter, with his wife and their two small children. The German weekly Der Spiegel appointed him correspondent from Asia. He then offered his collaboration to the Italian daily newspapers Corriere della Sera and La Repubblica, thus becoming one of the most prestigious Italian journalists on an international level.

Terzani knew much about the historical and political background of Asia, but had also a deep interest in the philosophical aspects of Asian culture. Though an unbeliever, he always looked in his journeys for the spiritual aspects of the countries he was visiting. He lived in Beijing, Tokyo, Singapore, Hong Kong, Bangkok and New Delhi which became his second home. His stay in Beijing came to an end when he was arrested and expelled from the country for "counter-revolutionary activities". Based on his experiences, he wrote La Porta Proibita (Behind The Forbidden Door), a highly critical book about post-maoist China.

Terzani's experiences in Asia are described in articles and essays in newspapers, as well as the several books that he wrote. In the first book, which he wrote in 1973, Pelle di Leopardo (Leopard Skin), he tells about the last phases of the Vietnam war. One of his most interesting books is Un Indovino mi Disse (A Fortune Teller Told Me), the report of a journey through different Asian countries. The journey lasted for about a year. In this period, Terzani never took a plane, following the advice and warning of a fortune teller he had met.

In 1997, Terzani received the Luigi Barzini Prize for his activities as a reporter. After 9/11 he wrote Lettere Contro la Guerra (Letters Against the War). The book was born as a response to the anti-islamic invectives published by the Italian journalist and author Oriana Fallaci on the daily Il Corriere Della Sera on 29 September 2001. 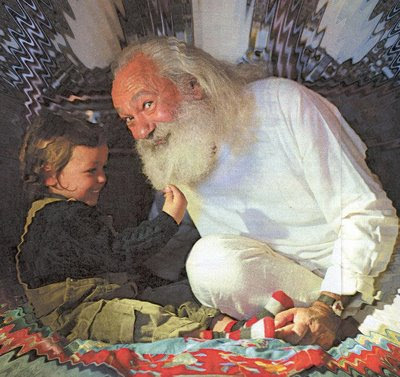 In his last book Un Altro Giro di Giostra (One More Ride on the Merry-go-round), Terzani deals with his illness, (a tumor) which eventually led to his death, but not before he had travelled and searched through different and far away countries and civilizations, looking for a cure for his cancer and for a new vision of life. A short excerpt from his book: "...after a while, the goal of my journey was not the cure for my cancer anymore, bur for the sickness which affects all of us: mortality"  . He spent the last months of his life in Orsigna, a little village in the Appenines near Pistoia that he considered "his true, last love".

(it takes only few seconds and it's for free)

(in English and other foreign languages)

I have saved this as a book to add to my reading list. Thank You

I got his book One More Ride on the Merry-go-round few days ago and I am in love with him, his views, his work, his life. I can not stop reading the book and looking for get the previous. I love Ryszard Kapuscinski and I feel that Terzani is the same kind of writer, author. This kind of books are magic and real in one, it is something what stay inside you and you want to follow it. I am sure now Tizziano and Ryszard are talking somewhere about the world and maybe travel together sometimes? :) who knows?

Do you know where I can find "One More Ride on the Merry-go-round" (Eng version) on the web?