MY SPOOKS 10 JOURNAL - DAY ONE 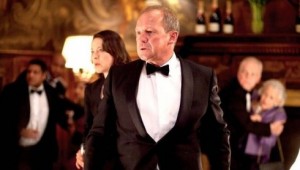 (Spoilers? Mmmm...maybe)
Just finished watching ep. 1 . How was it? But very good, of course. It’s Spooks!
I forced myself to avoid thinking it was the end of it. The last series ever. I forced myself not to be expecting a certain TDH presence to materialize  before my hopeful eyes sooner or later. No athletic , blue-eyed  spy  in tight jeans and dark shirts to admire this time.
Now, new series, episode 1. Let’s start from … THE END!  Gosh , they’ll never finish with their shocks  and surprises!
Apart from the game  "Old enemies , new friends. Old friends,  new enemies",  Harry’s past . I suspected it, honestly. Before the final revelation. Harry and that young man in the same room, the young man  aiming a gun at him. More than suspected it, I got it immediately. Good! These ghosts haunting Harry from his past sound quite intriguing.

Of course, loyal Ruth is ready to fight on Harry’s side at any cost – after what he did for her!!! -    but is she ready to struggle  against his memories and regrets?  It’ll be hard, I bet.
The new section chief, Erin Watts,  is not the iron woman she wants to look. And if they want  us to love Lara Pulver’s character  simply because of her hidden motherly  heart , if they hope  that we’ll forgive her for taking the place of  her brother- in another- fictional- life, well, THEY - ARE -WRONG. She can’t compensate our loss. 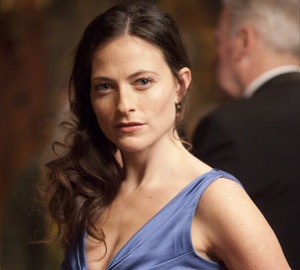 However, thinking of her and not of  HIM,  I don’t know why,  but I just can’t sympathize.  This Erin spy came in to substitute Harry , but after he is back and his trial suspended , she stays as section chief. Why her?  Dimitri seems to appreciate it,   anyway. More than all the rest of the section.
Calum Reed ,  the other new arrival,  is the unsimpathetic genius type.  You can just hate him, just like Tariq says:  he’s the chief’s pet always self - confident and over-proud. He must have some flaws  hidden somewhere!  Just wait and see. By the way,  I want  Malcom back.  Please?
Finally, the beginning. Thanks for the “previously” preface.  They wanted us all stop dreaming John Bateman had something of Batman in himself and could fly away instead of falling down from the rooftop of that skyscraper:  here you are,   (very beautiful ) dead hand with familiar little black dots on its wrist. The someone Harry would never give forgiveness to till he draws breath  died. No doubt.  And if we dared  hope he wasn’t as bad as we had sadly to learn during the last series, no doubt about that either. Dimitri checked if his awful story was true and … it was. They found the remains where he had said they were. Let’s stop regretting and … enjoy what is ahead. Who will stay alive and clean in the end?
Spooks 10 lost against Downton Abbey 2.  I’ll watch the latter too and then decide who my winner is.
Posted by Maria Grazia at Monday, September 19, 2011
Email ThisBlogThis!Share to TwitterShare to FacebookShare to Pinterest
Labels: BBC Drama, BBC programmes, Spooks

The Lucas North of Season 7 and 8 will always be in my heart. That character to me is so removed from Lucas/Bateman of Season 9 that I've come to think of the two earlier series as a different season of Spooks.

I just finished watching the first episode of S10 tonight. Like you, I thought it was very good, but I love Spooks regardless of my feelings for what the writers did to Lucas and RA. I too knew about the young man that was in Harry's house before he said it. I also felt a bit strange that the Gisborne siblings both ended up on the Grid.

@Musa/Fabo
Just like you, I love Spooks despite my feelings for what the writers did to Lucas and RA... Why can't I forgive them? Thanks for commenting!

just watched it last night.. solid fare, room for improvement.. pity it's only 5 eps left..
that Calum character annoys me a bit, but I think he's there to make Tariq & Dimmy3 look/sound good (Max Brown is much cuter this season, says shallow me ;)
waiting for the 'Germn angle'.. if only to nitpick :)
bring on the end then, I say. But make it a smashing one.

@TeeTotallyNot
I hope it is a smashing finale. Spooks deserves an unforgettable farewell! "Shallow me" couldn't see any cuteness. Too engaged in longing and missing ;-)

This show sounds great, but I have no idea what show you're talking about. Would love to watch it sometime. :-)

@Lenasledgeblog.com
Unfortunately this is the 10th and last series of Spooks, Lena. You can catch up with the old series if you want. All of them are available on DVD now.

...and now it's Dimitri who gets the tight-fitting blue shirt shots... SIGH!
Can't stand the new characters, either: in fact, I wonder why I'm watching this series 10... maybe because it's good TV, for a change? ;-)
xx K/V

@K/B
I'm watching it before I've always loved Spooks. Of course, when Richard Armitage was there as Lucas, it had become ... bliss! But then, they ruined everything. I'll go on watching it. Maybe this time and for the first time, Sir Harry will have my complete attention. Why not? ;-)