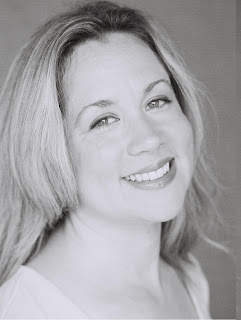 Jennifer Ziegler  is the acclaimed author of Alpha Dog and How Not to Be Popular. She lives in Austin, Texas with her family. Her latest release is Sass and Serendipity, the story of two teenage sisters, Daphne and Gabby, which is meant to be a homage to one of her favourite novels, Sense and Sensibility.  Jenny is my guest today with a lovely guestpost: "Kismet and Kisses".

Kismet and Kisses
I remember as a young girl planning to fall in love.  That’s right – planning it.  When boy craziness hit me (and it hit me hard), I felt I should be ready.  I made a list of the qualities I wanted in a romantic partner.  Then I made a list of boys I found appealing and rated them according to the traits on the first list.  The higher their “score,” the more effort I put into winning them over.

The characteristics I was searching for in a mate ranged from the general “cute” and “good sense of humor” to the more specific “must like dogs” and “must love the Beatles and/or Bowie.”  This led to some strange and rather hilarious conversations.
Me: I like your jeans.
Him: Thanks.
Me (picking a piece of lint of the leg of his ): Oh, is this dog hair? Do you have a dog?
Him: No.
Me: Do you wish you had one?
Thus, I searched for a boyfriend the way I now shop for used vacuum cleaners on Craigslist – trying to find one in my range, with all the features I wanted, that wasn’t too damaged from previous treatment.  I soon discovered that just because a guy owned a golden retriever and sat on the third row of ’s Serious Moonlight tour, he wasn’t a guaranteed perfect match.
After a while, I gave up actively searching for a love interest and started to embrace the notion that love found you rather than the other way around.  So I read a lot of Richard Bach and waited for my soulmate to drop into my life.  I assumed it would happen like it did in the movies.  A random guy – adorable, of course – would save me from being run down by a moped.  Or we would accidentally touch hands as we both reached for the same block of imported cheese in Whole Foods.  We would laugh, apologize, make idle chit-chat (“Oh, are you a fan of Manchego, too?”), and suddenly recognize each other as the other halves of our divine selves.
Unfortunately, the only thing that resulted from this mindset was that I stared a little more rabidly at good-looking male strangers.  There was no romantic rescue, no heavenly moment over a grab for a Radiohead CD, no “knowing.”  I was just as confused as before.
These two contrasting outlooks on love formed the basis of my novel Sass & Serendipity, which is loosely based on Jane Austen’s Sense and Sensibility.  One of my protagonists, Gabby, says she doesn’t believe in the concept of true love, and feels that any romantic union should be approached like a math problem.  Her younger sister, Daphne, believes that everyone has a perfect partner that they are destined to meet.  Both sisters suffer major disappointments and end up reexamining their views on love.  The ending, however, is hopeful.
And what was my own ending?  What happened to my younger boy-crazy self?  Well, I finally just calmed the heck down.  Relationships happened.  Marriage happened.  Life happened.  These things didn’t entirely happen to me, and I didn’t entirely make them happen either.  It was a mixture of fortune and fortitude. 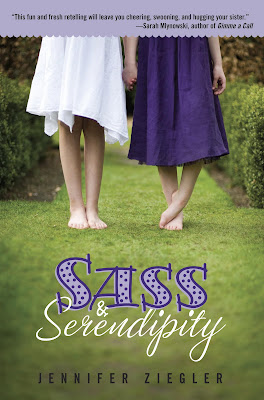 Amid the science of brain chemistry and studies of human behavior, there is so much about love that remains mysterious – and I’m fine with that.  Perhaps that’s why in order to better understand matters of the heart, I’m more likely to pick up a Jane Austen novel than an anthropology textbook.  And why my own stories explore the same issues, raise the same questions, and (while they never give hard-and-fast answers) always conclude on an optimistic note.  For I do believe that where there is love, there is hope.
If there is a serendipity to love it is this: that love brings about more love. So instead of searching for it in the cheese aisle of the grocery store, we should look for it within ourselves and embrace who we are.  More than anything it is this power of accepting and loving ourselves that will allow the Mr. Darcys and Colonel Brandons to come into our lives. Better still, it will lead to deeper and truer friendships, community, and happiness.
And that is a truth, not exactly universally acknowledged, that I firmly believe in.

This sounds like such a cute book! Got to have it! Thanks for the giveaway!

What a lovely post! Thank you! Your books sounds very interesting!

I would be interested in reading the book as I have seen some good reviews of it.

Thanks for the giveaway.

I remember those boy-crazy days! This sounds like a fun story, and I'd love to read it. I'm curious to see your modern interpretation of Sense and Sensibility.

haha, LOVE the jeans-convo to size up a boy...That actually sounds like an interesting tactic, hmm... ;o)

The book sounds like a charming read and I would so much appreciate a copy.

Very nicely put! I believe you are on the right track about the serendipity of love.

It looks like a wonderful read!!! Thanks for the giveaway!

I like the sense of humor and tenderness coming out from this post. I'd love to have the chance to read your book (by the way, love the lilac of the cover!).

I really enjoyed your comments. I did the same thing with a list. I still do that but with regular things my advantage/disadvantage list. My husband did fit most of the things on my list. heehee I'm so glad I didn't just fall into my usual pattern of the wrong person. So the premise for your book sounds like the motivation was right up my alley. A little of both in between the characters. suzan

I really liked How Not to Be Popular, which was laugh out loud funny, and plan to read this one next weekend.

By the way, how did you like Devil's Cub?

I couldn't agree more! I'm very interested in reading this book because I like the concept and the idea of a modern version of 'Sense and Sensibility.
lisavetta7 {at} gmail {dot} com