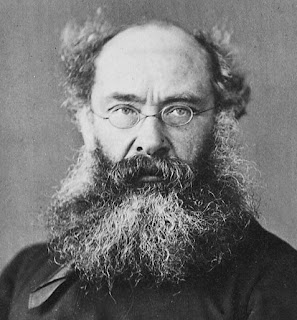 Henry James said that Trollope's greatest and undeniable merit was his utter understanding of the ordinary. He succeded in feeling any little thing in everyday life not only in seeing it. He felt them simply and directly in their sadness and in their gaiety, in  their appeal and in their comical aspects and in their most obvious but sensible meanings. This introduction of an amazingly prolific writer made by another terrific author made me  feel guilty and sorry for not knowing him more and deeply. I decided I had to read one of Trollope's novels. Isn't he one of the Victorian writers , I'm so intrested in? He is,  but I'm ashamed to say I had never read one of his novels. 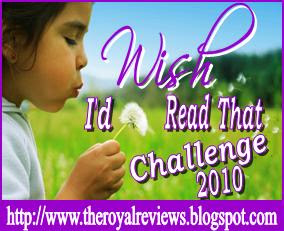 So, strangely enough , I happened to start from his latest achievement, written in the final years of his life and only published posthumously in 1884: AN OLD MAN'S LOVE. It was one of my tasks for the Wish I'd read That Challenge 2010 hosted at Royal Reviews.
WILLIAM WHITTLESTAFF, having lost the woman he loved to a richer, more lively rival many years before, lives alone at Croker Hall in Hampshire, looked after by his loyal, odd housekeeper Mrs Baggett. Mr Whittlestaff impulsively takes in as his ward the orphaned daughter of an old friend, nineteen year-old Mary Lawrie, much to Mrs Baggett's disapproval. She — rightly — suspects that Mary's arrival will eventually lead to her master falling in love with the girl, who will supplant her as head of the household. The reserved, unworldly Mary gradually warms towards the lonely bachelor, and he eventually asks her to be his wife. Mary has only briefly experienced love three years before, with John Gordon, a penniless Oxford student who was sent away by her step-mother as a bad prospect. Mary accepts Mr Whittlestaff, but not before making him aware of the history of her short and painful dealings with John Gordon. He dismisses this knowledge, allowing that Mary 'may think of him' from time to time, but privately presuming the young man to be safely out of her life.
But John Gordon unexpectedly arrives at Croker Hall. Fresh from the diamond fields of South Africa where he has made a considerable fortune in order to make himself worthy of Mary, he has come to renew his suit, and she finds herself caught in an impossible situation, feeling incapable of jilting the man whose proposal she has so recently accepted. Mr Whittlestaff, though well aware who it is that Mary really loves, is unwilling to be rejected himself once again, and reluctant to release her from her promise. John Gordon, unable quite to give up hope, goes to stay for a few days with an old university friend, Montagu Blake, a curate who lives nearby. The battle is on for the hand of Mary Lawrie.
(plot from http://www.victorianweb.org/)
The story is rather paradoxical and extremely pleasant: Trollope's irony and wit, his attention to simple ordinary aspects of life, to very simple and ordinary people, his bitter/sweet approach to the theme of old age versus youth made this last of his works a very good, entertaining read.
Maybe some of you have already noticed I've got a professional tendency to find connections and links -   a pedantic mania ? - and  also on this occasion ... here we go!
Trollope & Austen: Mr Hall vs Mr Bennet

Introducing Mr. Hall, Trollope directly reflects on Jane Austen's Pride & Prejudice and, especially, on Mr Bennet. Mr Hall , who has an entailed estate (which cannot be left to his female offspring), lives frugally — in fact in a style well beneath what one expect — precisely because he does not want to have his daughters end up in the world of Pride and Prejudice; that is, unlike Austen's Mr. Bennett, who retreats to his library and proclaims he can do nothing to help his  daughters, Trollope's Mr. Hall changes his life, sacrificing much because chosen not "to leave his children paupers",  so dependent on marriage for their economic survival. Trollope's character obviously criticizes Austen's as weak and self-indulgent.

Trollope parodies Dickens calling him Mr Sentiment (seeTrollope, Anthony. "Tom Towers, Dr. Anticant, and Mr. Sentiment." The Warden. World Classics. Oxford: Oxford UP). Reading this novella, An Old Man's Love,  and after reading several of Dickens's novels their different approach to story-telling and characterization is evident.
Dickens's exaggerations often make his characters like caritures: both positive and negative aspects in their personalities are stressed and seen as through a magnifying glass. Trollope's characterization is more realistic, his humoristic portrayals are not based on exaggeration and his sense of human drama not approached with sensationalism. You smile and you are sorrowful at the different situations he describes, but you never laugh out loud or are never moved to tears. (Just in brackets, I do love Dickens!)

Posted by Maria Grazia at Tuesday, March 23, 2010
Email ThisBlogThis!Share to TwitterShare to FacebookShare to Pinterest
Labels: Books, Challenges, From my bookshelf, Victorian Age

I haven't read anything by Trollope except in college, where he was eclipsed by Eliot (who I first read in the same class). This book sounds very interesting, especially as a commentary on Mr. Bennet. I'm adding it to my TBR list.

Some weeks ago I started Trollope's "The way we live now", but had to stop reading it. However, I've really liked what I've read so far, his prose is very amusing. This books sounds very fun, it's going to my TBR list.

I too started "The way we live now" some time ago but found it a bit tedious and even boring so I stopped. Maybe I should give it another go. My point is that there are so many good and interesting books around that it's such a pity to waste your time reading aomething you don't like! Ciao. A.

I just recently read TWWLN, prompted by someone lending me the BBC film production of it starring David Suchet. I can't believe I let it wait so long! I also loved the Barchester Towers novels.

I just discovered Trollope this year. He's such an interesting mix of ideologies that were around during his time. I'm not sure my students would get him, but I know I'm curious! Thanks for posting this. It's nice to see lesser known authors highlighted!