This is an event hosted by Jenny at TakeMeAway . It is a weekly corner to write about good reads from the past. Those books we so much loved and we don't want to forget. This week one of my favourite poets' only novel, Sylvia Plath's THE BELL JAR.

I shut my eyes and all the world drops dead;
I lift my lids and all is born again.
(I think I made you up inside my head).
(-from ‘Mad Girl’s Love Song’ by Sylvia Plath, 1954)


It was 2003. I had several reasons for reading Sylvia Plath’s The Bell Jar. 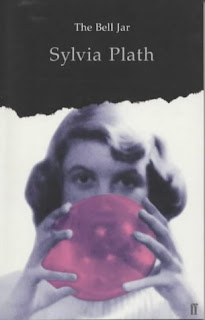 One, I had developed a big interest for stories about depression, being insane, fragility. After watching the movie from Susan Kaysen’s Girl Interrupted and after reading Paolo Coelho’s Veronika Decides To Die , I wanted to to try The Bell Jar.
Two, I was curious to read Sylvia Plath’s only novel. I was very fond of her as a poet and wondered how her works would be like when she could more freely use letters and words into a big story.
Third and last, The Bell Jar has been constantly compared to JD Salinger’s Catcher and the Rye which is a book I do love. As a fanatic of Holden Caufield, I have developed this sudden urge to read Bell Jar and see if Esther Greenwood could be his female counterpart.
The story of Bell Jar is a first person account of Esther Greenwood. Sylvia Plath herself, her story at 19. Esther, like Sylvia, is a girl who has almost everything she could ask for. She’s an individual with a mind that is above average , extremely sensitive, intellingent and talented . With all of that provided for her, Esther is also struggling with the perennial problems of morality, behavior and identity crisis. The stress and the pressure of being an achiever burns her mind out ; the tension of sexual relations and the double standards on women’s virginity , the ups and downs of family relationships increase her sense of derangement. 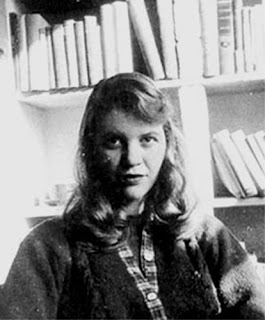 Esther compares her life to that of an existence in a bell jar, where the air is stiff, heavy and unchanging. She feels as if she is watching her own life and everything that happened to her from within the jar.
Perhaps the best thing about the book is the fact that the life of Esther is synonymous with what the author, Sylvia Plath, had experienced. Like Esther, Plath had gone through a struggling ordeal in finding the real meaning of life and its hidden uncertainties and her eventual fall into the pit of madness.
The book has some similarities with JD Salinger’s Catcher in the Rye: both Esther and Holden are troubled young souls searching for the true meaning of life and their existence. Both escapes the reality they can’t accept. Both are considered crazy because of their atypicality and fragility.
“For the first time in my life, sitting there in the sound-proof heart of the UN building between Constantin who could play tennis as well as simultaneously interpret and the Russian girl who knew so many idioms I felt dreadfully inadequate. The trouble was, I had been inadequate all along, I simply hadn’t thought about it.
The one thing I was good at was winning scholarships and prizes, and that era was coming to an end. felt like a racehorse in a world without race-tracks...” (ch. 7)
Other posts about Sylvia Plath on Fly High
Life was too small to contain her
I didn't know how to start this letter and now I don't know how to end it
Posted by Maria Grazia at Thursday, March 11, 2010
Email ThisBlogThis!Share to TwitterShare to FacebookShare to Pinterest
Labels: Books, Sylvia Plath, Throwback Thursday

This has been one of my favorite books since I read it last year. Thanks for the post!

I adored the Bell Jar when I read it in high school - when I was obsessed with reading anything about insanity I could get my hands on. While the majority of these were Victorian (Jane Eyre, The Woman in White), Plath's story stood out as one of the most memorable and disturbing I encountered at that time. It's almost too real, and I distinctly remember feeling a bit crazy myself while reading it. You synopsis of the story and comparison to Cather in the Rye is very interesting but I have to ask, did you actually like the book? While I was fascinated by it, I'm not sure I did.

I have been wanting to read this forever!! I don't know what's taken me so long. I actually just heart today that they are making this into a movie by Julia Stiles...

I tagged you from my blog. It is all in fun but if you do not have time, that is alright too. I tried to pick those who read interesting novels.

I read this book many moons ago, probably as a teenager and had the pleasure not too long ago of recommending it to antother teenager. Usually when I recommend books to young people I don't get much of a response but this time, the girl came back and actually thanked me for introducing it to her. That is a very happy memory for me!

I love Catcher and I love this book, but somehow I'd never seen the (very obvious I now realise!) links. I need to re-read The Bell Jar again, actually, as it's been much too long. I think I'd appreciate it even more now.