WHAT I'VE BEEN WATCHING ON ITALIAN TV

SANT'AGOSTINO
( St. Augustine , a contemporary man )
"This is the very perfection of a man, to find out his own imperfections" 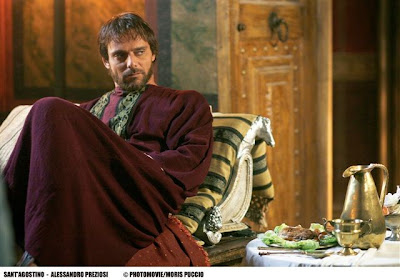 BEAUTIFUL AS A FAIRY-TALE, TRUE AS THE HISTORY OF A GREAT MAN 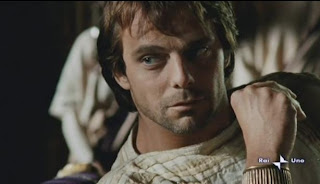 I didn't think I'd like this series so much when I decided to add it to my TBS list. I had seen Alessandro Preziosi at the theatre as Hamlet and read an interview in which he said that the  St. Augustine (354 - 430 A.D ) he had interpreted in a two-part TV series was another hamletic character. This was enough to make me curious to see it. So when it was broadcast on RAI UNO, our State Tv, at the beginning of February  I recorded it and have just finished watching  it ( first I wanted to cut all the ads in it since I can't bear ads interrupting a film). 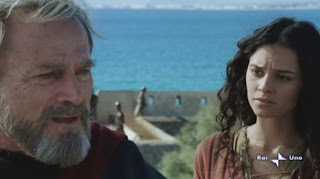 I found it a very good international production. Interesting, involving,  informative, accurate and touching. Most of the characters are based on historical figures. There is a frame that deals with  old St. Augustine ( Franco Nero ) on the verge of losing everything that he has built by being attacked by the Vandals in Hippo and in doing so looks back at his past through his writings. 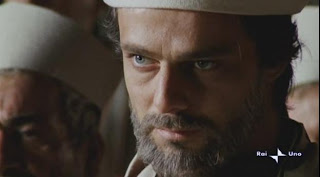 This narrative device was extremely effective: the flashbacks to Augustine'  s past dramatically intermingle with the tragic present of the siege of Hippo,  creating a narrative crescendo to the final climax.
The screenplay had to cut several historical events and details, to keep a fast pace  and sum up everything in two episodes only, but it is all largely true to fact. 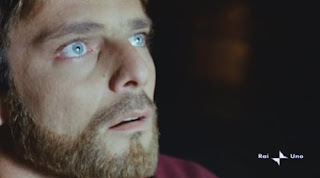 For example, they didn't go into the fact that there were two Emperors at the time, one in the North and one in South of Italy and therefore just eluded to the one in Milan, where St. Augustine became the court orator.
Augustine lived in a time of  crisis, the fall of the great Roman Empire. A moment of uneasiness, anxiety and displacement. His troubled quest  for the Truth is so compelling and so contemporary. He searched for the Truth and for Happiness in the ways of the world but only got unhappiness and restlessness. He was a narcissus, an ambitious, lascivious, selfish young man . His late conversion, his awareness of holding the Truth at last,  led  him to write Confessions and City of God still nowdays considered pillars of modern phylosophy and theology.
Two women were fundamental in Augustine's learning about Truth and Love
His mother, Monica, ( Monica Guerritore ) who dedicated her life to her debauched husband and to her children  supported by a deep faith in God and who prayed all her life through for Augustine's conversion 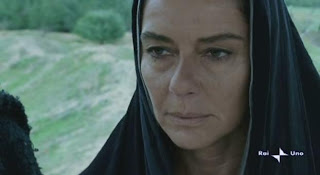 His lover, Khalidà (Serena Rossi)  the mother of his only child, who left him, who renounced to him so as not to abstacolate his success and his search for happiness. 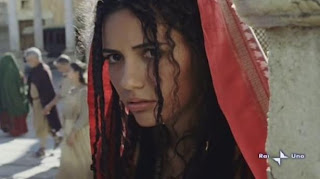 I was completely hooked by the performances of the two main Augustines, Alessandro Preziosi , as the young man,  and Franco Nero , as the old bishop trying to save his sieged people.T he rest of the cast was also very good.  The imagery of the film was inspired to Ravenna mosaics. More than 3,000 costumes were designed and used in this rich production. Four the main settings:   Hippo, Cartago, Milan and Tagaste .
CAST 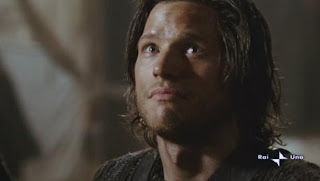 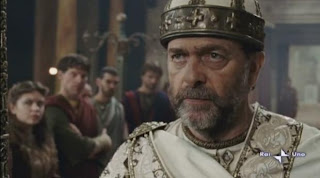 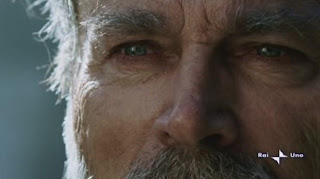 This sounds so good MG! I want to learn more about St Augustine, so I think it will be good to watch this! I hope it will be broadcasted on RAI International. I sometimes watch it a little bit, but I've never seen it being announced. I hope I'll be able to see it!

This sounds wonderful, being set in my favorite period outside the 19th century. I devour classically set films and wish I could get my hands on this one. Maybe someday I'll find a subtitled DVD ...

Have you missed any episode of any TV Show or looking for particular episode or you are not able to compete with your friends when they say they know everything about TV Show. Dont worry just click on this link...Download TV Episodes Online and get you favorite tv show.