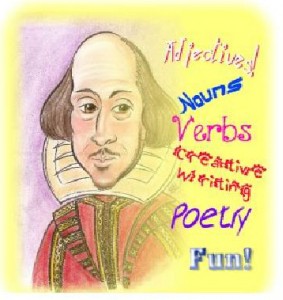 It is one of those periods in which life becomes so demanding that blogging becomes... difficult if not impossible.  I haven't had time to post anything on FLY HIGH since last Wednesday and only posted giveaway winners' names and a guespost on My Jane Austen Book Club. I can't complain, that's quite enough if I think of the many other things I've been doing. I just wanted to reassure you that I'm working and really active,  only not on the blogging front. I can't be online that much and I have got very little spare time left for my reading and reviewing activity. That's a pity but ... this is my job!
Teaching literature, as you know - teaching in general - can be rather engaging and time-consuming.  Lesson-plans to prepare,  tests and papers to correct and assess are the most time-consuming activities and not the only ones! This year I've got 6 different classes, with 3 different syllabuses: language and grammar (intermediate and upper - intermediate levels) as well as literature from the Middle Ages to the 20th century. 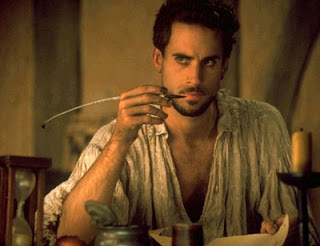 What am I working on these days? Quite interesting stuff, well, at least interesting to me.
The least appealing is the introduction to English History and Literature I have to propose to my 16-year-old students. Early Britain, that is the series of invasions which characterizes the history of ancient Britain: the Celts, the Romans, the Anglo-Saxons, the Vikings, the Normans. My power point slides and anecdotes about the Celts and the Anglo-Saxons, the Romans and the Normans,  usually make it easier for me and for my pupils.
After introducing the Renaissance and the Tudors to my 17 year old students, we started talking about Shakespeare and reading some of his sonnets. They seem quite interested: they laughed at my reading "My Mistress' Eyes are Nothing like the Sun", nodded silently but convincingly at my commenting the theme of love in "Let me not the Marriage of True Minds"  and seemed very motivated at recognizing the theme of Time and of the immortality of Art in "Shall I compare thee?". No visual aids this time? Yes! Here they are ...
David Gilmour (Pink Floyd) sings "Shall I compare Thee ..."


With my oldest students, 18 years old,  we've been studying literature from the Early Romantic Age, both poetry and fiction. The latest pages we read were from Gothic novels and they particularly liked Mary Shelley's "Frankenstein". This morning I started talking about the parody of the gothic vogue written by  Jane Austen: "Northanger Abbey".
Question: "Have you ever heard of Jane Austen? Answer: "No, never. Why? Is she famous?"
Poor Jane! Poor me!
Well, you see, at least they won't ignore her any longer. They've met me! Next week we'll work on the plot and the heroine of Northanger Abbey with the help of some clips...

That's all for tonight. I hope I didn't make you bored with my ramblings about school.
Have a great weekend, dear friends! MG
Posted by Maria Grazia at Saturday, October 22, 2011
Email ThisBlogThis!Share to TwitterShare to FacebookShare to Pinterest
Labels: Blogging, Classic literature, Jane Austen, School, Shakespeare

I live the David Gilmore video! Never heard it before; what could be better? A melding of Shakespeare and Floyd. :D

I must thank Janet GS for that finding. I love it! Thanks for dropping by and commenting Rachel!

Don't worry, MG: we all know you are a workaholic, and keeping up with 3 blogs isn't an easy task for anyone :)
As for your students, I have a couple of suggestions: for the Early Britain subject there is B. Cornwell's LOTN, possibly in the version read by a certain Mr A. <3
As for the sonnets, I suggest another unforgettable voice: Alan Rickman reading Sonnet 130: http://www.youtube.com/watch?v=xP06F0yynic
Enjoy, and have a lovely Sunday,
xx K/V
P.S. The videos are only accessible via Firefox :-/

I am doing Shakespeare and the Tudors with my year 5s (9-10 year olds). We are using versions written as stories in child-friendly ways but they absolutely LOVED both Macbeth and Romeo and Juliet.

Teaching is a tough job. Sometimes it can take over your whole life, during the busy times.

Thanks for your suggestions K/V and for your support. Sorry you couldn't see the videos via Explorer. I know you don't like the idea of changing and moving to Chrome but it is light, fast and ... free! Have a good relaxing Sunday!
@Sam, I know you're a teacher too and we can understand each other, though I think your task is even harder than mine! I couldn't cope with children, you must be really energetic to be successful in that!
By the way, Macbeth and Romeo & Juliet are terrible tragic stories to be read to children though, aren't they? Did they really like them? Well, many classic tales for children are as terrible as Shakespeare's tragedies so ...maybe you're right. They like bleak stories. My students too!
Thanks a lot for your comment. Enjoy your Sunday!

I wish I had the same enthusiasm for my as you have for yours. But sadly I haven´t for the moment. It must be wonderful to teach about something you truly love and admire your self.

Sorry my job (of course)

Yes, Alfie. I feel very lucky to be a teacher and have the chance to teach what I love :-)
What is it that you do? Ehm ... not an accountant, I hope! ;-)
Though, I love accountants. I married one. No, his name is not Harry. Seriously, my husband is an accountant and is NOT "very dull indeed"!
Thanks for your comment. Enjoy the rest of your Sunday!

MG, I presume you speak English during your lessons and I am actually surprised that your students can follow all this stuff you are introducing them to. Can they express themselves so good in English when you discuss Shakespeare together?
I also wanted to let you know that even if you have less time to blog as frequently as you would like to do, there still is so much to enjoy on your blog. Today, for example, I read your thoughts about Villette by Charlotte Brontë (having just finished reading this book).
Ciao!
Monica

Thanks, Monica. You're right. There are quite a few reviews and posts on FLY HIGH! after more than two years. Glad you found something to enjoy. I speak English with my students and I try to elicit communication/discussion but... no, they are not very good, actually. They should listen to English more often and practise the language more often. They just don't seem to have enough time (facebook, girlfriends/boyfriends, laziness, soccer/sports, etc.), you know. However, I don't want to surrender. The more you ask them the more they are stimulated to do. BTW, Did you like Villette?

I liked Villette and I would also love to see a BBC adaptation of this book, or a movie, anything really... I am currently reading the introduction to this book by A.S. Byatt and Ignes Sodré, also very interesting. I understand that Villette is a book that you must read a couple of times to understand it better. I also liked reading Jane Eyre and The Tenant of Wildfell Hall, but it seems I cannot like Wuthering Heights. I tried three times in my life, but I can only think of its cruelty. I must read it again sometime. I intend to read all the novels by the Brontë sisters.
Monica

I can agree with you, Wuthering Heights is a real tragedy. However I can't say I don't like it at all. It is a very brave novel, passionate, furious, powerful. Thanks for answering my question about Villette. Glad you liked it. MG