MY SPOOKS 10 JOURNAL - DAY FIVE: ONE STEP FROM THE EDGE OF DOOM


1. Peter Firth playing Harry's final hours. He's incredibly brilliant. What must have been like to shoot these scenes, these final episodes before the end, knowing it would be for good?  Blissed moments for an unforgettable character. Great melancholy for the man working on the set. 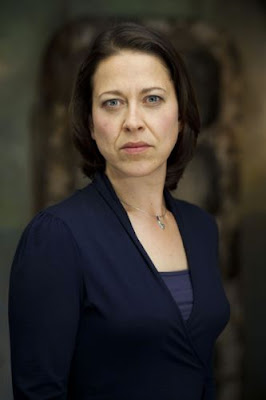 2. Ms Evershed. Ruth. She gets the centre of the scene at last. She and her passionate jealousy for Harry. She's been at his side for so long, his loyal reliable shadow. But now she is the shining light and doesn't bask in his reflected glory. She feels he's risking too much, she feels he's out of control,  and  tries to stop him whatever the cost.
Poor, beautiful, tragic Ruth. (Not my words. Do you remember who said them and where? A clue? Have a look HERE)
There are some very emotional moments between she and Harry in this episode. At last.
But there is so much  more in these fifth episode of series 10!
And what I didn't like: 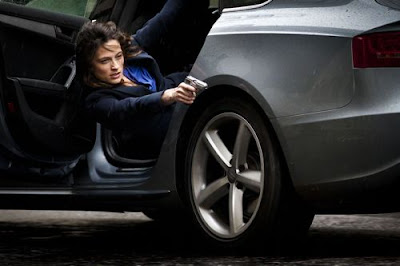 1. Gosh. This is not an American blockbuster movie and  neither an American commercial-TV series. This is Spooks, please. Let this sensationalism be their brand, this is just what I didn't miss watching Spooks all this time. I know many watchers won't agree with me but honestly I can't bear this totally unrealistic, James-Bond-like stuff.
2. I was not that "won"  by the plot this time, but I don't want to be too a severe judge with something I am going to miss tremendously in a while. I've already complained about the absurdity or repetitivity of some elements in the plots some other time in the past. So be it: Spooks is not perfection. Take it as it is. Epic spy drama with its little flaws but  huge, undeniable merits.  I want to enjoy these last moments patiently bearing any imperfection. Suspension of disbelief + biased and total devotion. No less, no different, will my attitude be  while watching Spooks final hours.  So don't expect too objective criticism here and from me. 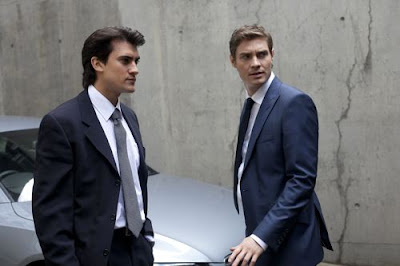 Loyalty and trust. Blind trust. Dimitri,  Erin and Calum  side with Harry without questioning him much. I can't believe the new arrival and his old acquaintances show they've learnt none of his lesson.They are not as experienced as Ruth or they don't dare call into question the boss they completely confide in. This is something I found rather unbelievable  but that I accepted for Spooks' sake.
Sixty minutes away from the very end. "This can't be the end of it", said Ruth in the episode I've just watched. No, not this time, Ruth. But it will in a few days. Till Sunday night then. Ready for the "gran finale"!

You mean this series is only six episodes long? Then I will watch it almost in one go this weekend to enjoy the finale. And promise you will know about me LOL And that's a threat LOL

I can't wait to know what your impressions are. Till next weekend then.