AT THE CINEMA - ALL HAIL, MACBETH ! 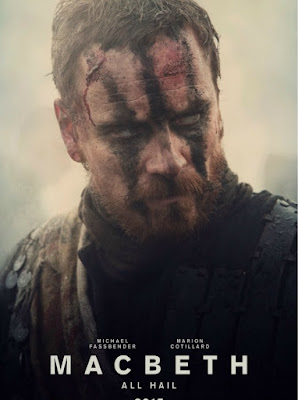 "... a tale told by an idiot, full of sound and fury, signifying nothing.”

At the cinema with my students

It came out on the 5th this month and,  at last, I came to see it this morning. It's the latest film version of Shakespeare's Macbeth. I saw it at the cinema with one of my classes.
It is a great movie: dark, gloomy, violent, impressive. It was not my first Macbeth, of course, but it was certainly an outstanding one. Michael Fassbender and Marion Cotillard are giant actors and I expected them to be remarkable  as the two protagonists.  But they were beyond perfection. As Macbeth was doomed to be king and Lady Macbeth his Queen, Fassbender and Cotillard were born to embody these two icon figures.  They were not simply remarkable but incredibly intense, impeccable in their renditions.


"The film is a grimly visceral version of the classic play and offers a fresh take on the tortured rise and fall of the Bard's darkest anti-hero". (Mail Online)

Macbeth and Lady Macbeth are the archetypes of unbridled ambition and blind lust for power, of creeping poisonous envy, suspicion and jealousy that feed insatiable vengeance.  All these disquieting, dangerous emotions were mirrored by a desolate, wild, extreme natural environment. 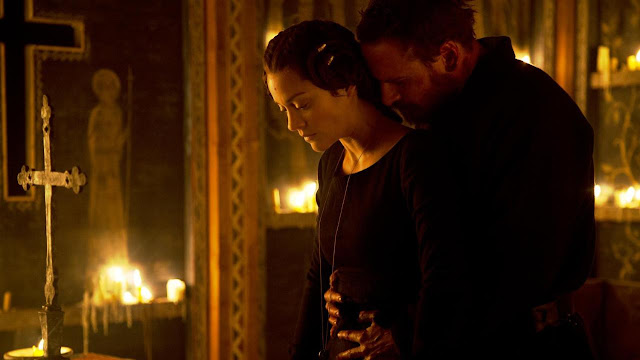 In this adaptation for the big screen, we see Macbeth as a brave, valiant warrior on the battlefield. His deeds are not just told to king Duncan and to us, we come to witness them, which makes  the difference: we may interpret him as a traumatized war survivor.  The fall from his status of war hero and loyal thane, to that of  ferocious murderer and delirious usurper seems plausible to our anyway still incredulous eyes. Because we are convinced  Macbeth is a good man.
A non-Shakespearian element added to this movie, which makes Lady Macbeth's reasons more humane,  is an opening scene in which director Kurzel suggests Macbeth and Lady Macbeth have just lost their little son. What drives Lady Macbeth to plan a completely new destiny for herself and her husband at any cost and against all odds is a deep sense of despair and a painful void which must be replenished. 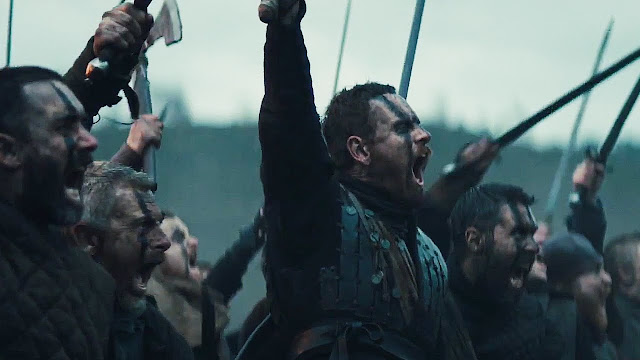 Destiny or free will?

One of the questions master Shakespeare left unanswered in this play is whether the three weird sisters are agents of destiny and primary cause to Macbeth's downfall or just foreseers. Hence, are Macbeth's and Lady Macbeth's free wills the cause of their damnation or were both just doomed to be damned? Everything seems to have a reason in Fassbender's and Cotillard's Macbeth: his greedy ambition, her lustful persuasive ways, his lack of emotional balance, her lucid scheming, their consequent losing control under the burden of guilt and going both mad, their inevitable death. Strangely enough, we are brought to feel for them. 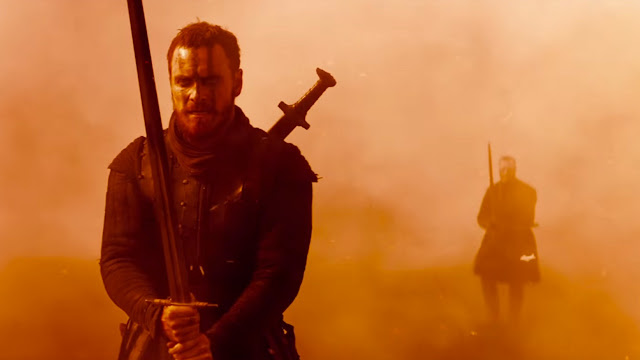 The overreacher is a literary type which dates back to mythology. Prometheus, the Titan who defied Zeus and stole the fire from the Olympus to give it back to human beings, was the first overreacher.
This special kind of rebel is a man who wants to overcome the limits imposed to Mankind by God or Nature. He defies divinity or natural laws led by his great ambition. He is eventually  punished with death.
Famous overreachers in literature are Dante's Ulysses, Marlowe's Doctor Faustus, Mary Shelley's Victor Frankenstein or R.L.Stevenson's Dr Jekyll.
Macbeth  can  be considered an overreacher. He's moved by his great ambition in the pursuit of power. To get to his goal, Macbeth is ready to commit regicide, which is an act against God (in the Middle Ages the king was God's representative on Earth) and Nature  (that is why Duncan's murder brings about chaos, catastrophe and terrible weather conditions).  He is finally punished with death (he's killed by McDuff, "a man not born by a woman"). 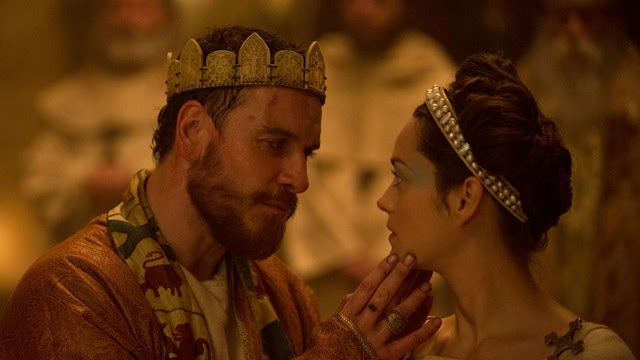 Shakespeare's Scottish play has had many different adaptations and has inspired great artists before Australian director Justin Kurzel: Giuseppe Verdi,  Akira Kurosawa,  Orson Welles and Roman Polanski among the greatest.  Have you got a favourite adaptation, version, retelling of Shakespeare's tragedy of ambition? A good modern retelling is BBC Shakespeare Re-told starring James McAvoy, Keeley Hawes and Richard Armitage among others. 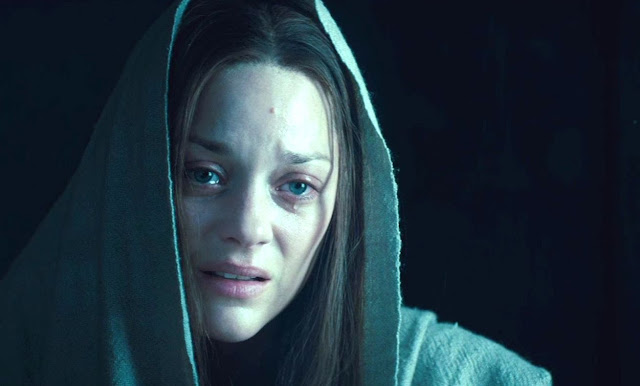 For a sample of Marion Cotillard extreme sensitivity and talent in working out such a complex iconic role, watch the video below. She really gives Lady Macbeth a unique sense of otherness. 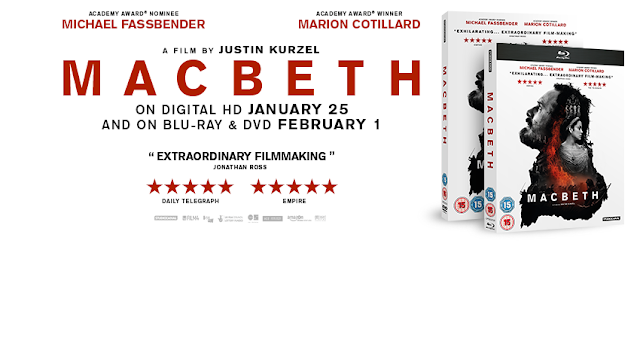 Would one need to read the play to get the most out of this adaptation?

It is a wonderful movie adaptation indeed, Denise. But answering Paul's question too, it is quite difficult to cope with the language if you haven't read the play. In the original version in English, most characters speak with a Scottish accent, which doesn't really help. We saw it in Italian, dubbed in our language. No problem for me, but my students had some understanding issues. We haven't discussed the movie in our lessons yet, we haven't met yet after seeing it at the cinema on Friday. I'm curious to know what they think about it.