Do you live in London or its surroundings? Do you plan a trip there in February? If you love literary events, you should! Discover fiction to read,  meet best selling authors and take part in interesting discussions: there's a series of wonderful fiction events that have been scheduled for you in this year’s Jewish Book Week (JBW), which takes place in London  from 20 to 28 February. 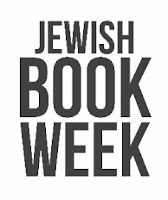 The JQ Wingate Prize is also included in the events organized and the announcement of the shortlist is scheduled on Sunday 21 February at Kings Place, where this year’s judges Hugo Rifkind, authors Samantha Ellis and Tahmima Anam and Rabbi Jonathan Wittenberg will be in conversation with Jewish Quarterly editor Nicola Christie.

Here are the authors participating in detail:

·         Sunday 21 February, 15:30-16:30.  Location: Kings Place
Celebrated author and illustrator Judith Kerr who will be talking about her life and books, including her latest illustrated novel, Mr Cleghorn’s Seal, in conversation with writer and broadcaster Nicolette Jones

·         Wednesday 24 February, 13:00-14:00.  Location: JW3
Leading novelists Tracy Chevalier and Esther Freud in conversation with documentary-maker Olivia Lichtenstein in ‘Fertile Imaginations’ – an event that will see the two writers talk about the creative process, their stories and writing historical fiction, as well as their contribution to the forthcoming collection of short stories, Reader, I Married Him

·         Sunday 28 February, 12:30-13:30.  Location: Kings Place
‘Love, Art and Literature’ – celebrated author and critic Francine Prose and the new Chair of the National Gallery Hannah Rothschild – author of The Improbability of Love – discuss their writing and passions with Erica Wagner

·         Sunday 28 February, 17:00-18:00.  Location: Kings Place
‘Shylock is my Name’ - Man Booker Prize winner Howard Jacobson’s profound and provocative re-telling of The Merchant of Venice -Shylock is My Name - will be the topic under discussion with the Guardian’s Alex Clark

Also in the 2016 programme - author Frederic Raphael will discuss his autobiography and latest novel with Joan Bakewell; Ben Markovitswill present his darkly comic novel You Don’t Have To Live Like This with Tim Martin; bestselling author and award-winning journalist Jonathan Freedland will discuss The 3rd Woman, (the first thriller to be published under his own name) with Mark Lawson; and leading Israeli novelist AB Yehoshua will introduce his novel The Extra, in conversation with Oliver Kamm. Novelist Jeremy Gavron will take part in a non-fiction event, in conversation with writer and sociologist Anne Karpf, to discuss A Woman on the Edge of Time - his moving memoir investigating the events and pressures that led to his mother’s suicide when he was just four.