Cassidy Christensen is running.
Running from the mercenaries who killed her parents.
Running from a scheming redhead intent on making her life miserable.
Running from painful memories that sabotage her dreams of happiness.

With two very tempting men competing for her attention, she hopes she'll finally have someone to run to, but can she trust either of them? When secrets from her past threaten her family, Cassidy decides to stop running and fight for her future.

Captured by the traffickers who killed her mother, her only hope is Dr. Tattoo, a man she loves but nobody trusts. When she finally gets a chance to run, someone else she cares about is taken. Running might be her only chance at survival, but she won’t allow another family member to be killed in her place.

This must-read sequel to Dead Running will have you laughing, biting your nails, and hoping for more.


Cami Checketts is married and the proud mother of four future WWF champions. Sometimes between being a human horse, cleaning up magic potions, and reading Bernstein Bears, she gets the chance to write fiction.

Cami and her family live in the beautiful Cache Valley of Northern Utah. During the two months of the year it isn't snowing, she enjoys swimming, biking, running, and water-skiing. 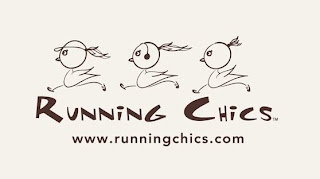