WATCHING TV DRAMA BETWEEN PAST AND PRESENT 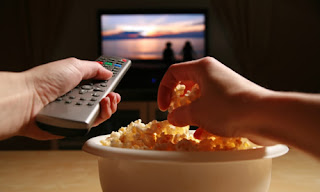 I've been watching different stuff, belonging to very different genres . The recent Christmas  holidays have been the occasion to catch up on things I wanted to see but didn't have time to while working or to have a look at movies and series recommended by my blogger/facebook buddies. I'm not writing about all of them and especially not in just one post. Hence, let's see what can be relevant or recommendable. Why not to start with ... 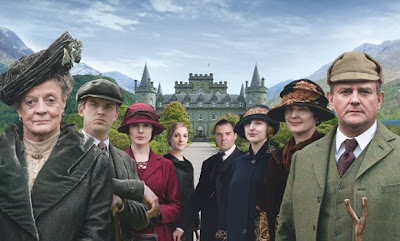 I know, I know. US friends have just started watching series 3 so no spoilers! No major ones, at least.  Hard task, though. There is not much I can say without giving away spoilers, actually. But I love challenges and difficult goals.
I'll write of what I liked, the whole episode was not bad at all. After being a bit disappointed with series 3, I really appreciated this final episode. It was a very pleasant Christmas night show. The beautiful Scottish setting, the relaxed festive atmosphere, the guest characters and the familiar ones all contributed to the enjoyable outcome. 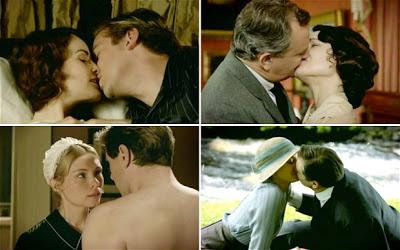 Tom Branson, torn between his present and past life,   and Thomas Barrow, foolishly in love poor naughty boy,  were my best favourite male characters. Let's say they were the romantic heroes of the episode.
Lady Edith promises,  instead , to become the most intriguing heroine in the upcoming fourth series for what we've seen at Christmas. Isn't it rather time she gets under the spotlight and doesn't she deserve a true passionate love story like her sisters?
A sparkling new entry in the family has been the already met  - and saved from
troubles - young Scottish cousin, Lady Rose MacClare. She's moving to Downton Abbey soon!
What? Was I disappointed by the epilogue of the epilogue? Actually, I wasn't. I expected that. That's life. Things change. People - even lovely handsome one - come and go. Looking forward to the next season. 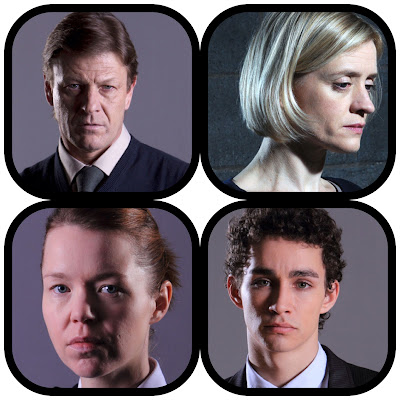 This is really a great series. I bet we'll hear of it again when it's BAFTAs time. I couldn't watch it when it was on BBC,  back in August/September, but I'm really glad I managed now, at least. It is unmissable, brilliant modern drama. I didn't watch it following the clamour for the photos featuring Sean Bean as a transvenstite, but because I read enthusiastic  reviews and that made me curious enough.
Jimmy MacGovern signs the four incredible episodes featuring several stellar British (and Irish) actors. Intelligent scripts, touching, thrilling, thought-provoking plots. 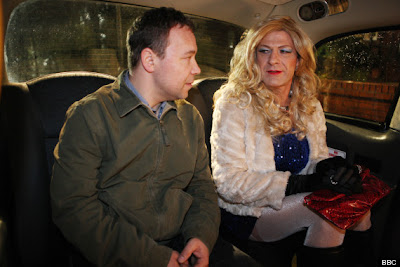 Sean Bean plays Simon an English teacher, whose alter ego Tracie’s unconventional quest for love entangles him in a triangular love affair that leads inexorably to a terrible crime of passion. Stephen Graham stars as Tony, a satellite and aerial engineer, and Rachel Leskovac plays his wife of some 12 years, Karen, who works as a beautician. Such a gripping episode starring such great actors had to be the pilot to a great series. 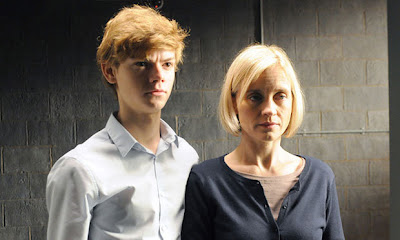 And it definitely was. Episode two was even better. Starring Anne Marie Duff and Olivia Colman as mothers trying to do right by their sons and their community. The world of teenage gangs bullying the suburbs of great cities is brought to the screen from the two mothers' points of view. It's an unforgettable story. So tough, even disturbing, and terribly moving. The episode is written by Carol Cullington and Jimmy McGovern, and is directed by David Blair. 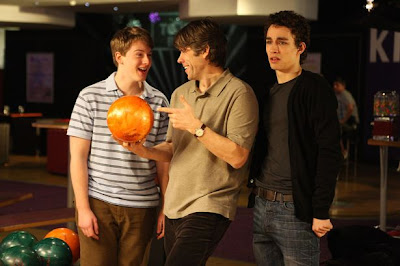 Episode three stars John Bishop in his first acting role on BBC One playing the protagonist's  father, Peter. Robert Sheehan delivers a terrific performance as teenage Stephen,  who suspects his mother’s palliative care nurse,  played by Sheridan Smith, of serious wrongdoing.
Stephen's trauma for his mother's death and the continued presence of nurse Charlotte in their house as his father's new love interest  will send him into a spiral of paranoia and delusion.
What is intriguing is the ambiguity Robert Sheehan's performance conveys: does Steven imagine the conspiracy or did it really take place? After being crazy, outspoken, annoying Nathan in two seasons of Misfits or sweet romantic pursuer in Me and Mrs Jones, young Sheehan demonstrates his talent giving life to a torn, dysfanctional personality. 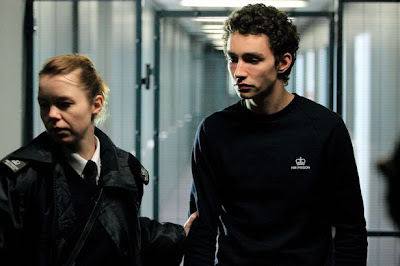 Episode four starts where episode 3 stops but it is not a sequel to the story. It stars award-winning actress Anna Maxwell Martin who plays Tina Dakin.  John Bishop and Robert Sheehan also feature in the same roles they have in episode 3 , but the story focus on Tina now,  a prison officer at a youth detention centre who will be involved in a nightmarish situation.
I can't say which of the episodes I liked best. I really can't choose. They are all unique achievements which unite original scripts to unforgettable performances. Have a look at the trailer and if you haven't seen it yet, here's where you can find the DVD (HERE or HERE) 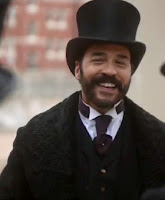 I've seen the first episode of Mr Selfridge on ITV1 last Sunday night. I couldn't resist the temptation of comparing the new costume drama series with BBC The Paradise, since both shows feature a big department store as their setting and their fascinating managers as their protagonists. Of course,  having liked Mr Moray and Denise's love story in The Paradise very much I was such a prejudiced watcher, that I can't be an objective commenter  now.  I didn't mind the soundtrack, I didn't mind the costumes, I didn't mind the protagonist nor the atmosphere of the series. I  liked the pace of the story and I promise I won't dismiss it yet. Mild first impressions, but I'm ready to reconsider. I'll wait on for at least one episode more, before my final verdict. I often find myself better disposed toward a new series after getting to know the characters better. 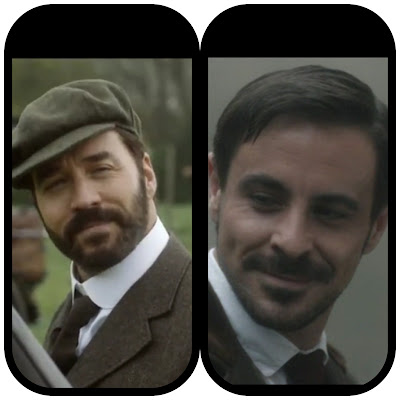 For now, I can only say I watched episode 1 constantly comparing any scene, dialogue, character,  relationship, event or twist to The Paradise.

However, this is how the series is officially presented: Jeremy Piven  leads the cast as American entrepreneur, Harry Gordon Selfridge, the flamboyant and visionary American business man who wanted to make shopping as thrilling as sex. The script is by multi-award winning writer Andrew Davies.
Not so dissimilar from his TV ancestor Mr Moray, Mr Selfridge will fascinate many watchers, I'm sure. But I still haven't found out enough about him, for me he is the American heir to British Moray for now. I 'll give him some more time to be ... himself.   Till next Sunday, then.

Fair and valuable comment on series that haven't even graced our screens here in Australia. STILL waiting for Downton Abbey 3 and because it's shown by commercial TV who also show summer sport, we'll have tennis, tennis and more tennis for another 3 weeks yet. As for the other shows, we'll be lucky if we ever get them. Mr.Selfridge sounds engaging...

Thanks for your comment, Prue. Fingers crossed you come to see some good TV drama soon! Especially Downton Abbey 3, which you are looking forward to so eagerly :-)

So, you are not disappointed by the Downton s. 3 Finale! Like you, I liked it (esp. Mr Branson ;-) and can't wait for ser. 4 to start. Not familiar with the other series mentioned, though probably Accused might deserve a look.
xx K/V

@K/V
Accused is tough stuff, but incredibly good. Definitely worth watching.
The Paradise and Mr Selfridge seem different versions of a similar story (the second is still to be discovered).
Watching new things now. Lots of new series on Brit TV! :-)
Happy Sunday!