SANDRA GULLAND, THE LONG AND WINDING ROAD TO BECOMING YOUR OWN E-BOOK PUBLISHER - AUTHOR GUEST POST AND GIVEAWAY 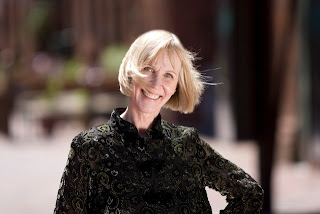 Welcome best-selling historical fiction author, Sandra Gulland at FLY HIGH! and read the story of her long journey in the e-book self-publishing field. Enter the giveaway contest for 3 e-book copies of her THE MANY LIVES AND SECRET SORROWS OF JOSEPHINE B, first novel of a great trilogy  (Read carefully the giveway details given below).
I love everything to do with publishing. I have worked as a typesetter (that dates me!), an editor, a ghostwriter, a novelist—and now: e-book publisher.
I must qualify that however: I'm not a publisher insofar as I do not—as yet—publish works by others. Also, I have yet to take charge of the process from start to finish: I am publishing novels of my own that have been previously edited and extensively published . . . but have then—in one vast territory (UK and beyond)—gone out of print. I wanted my novels to continue to be available to all readers, so I decided topublish them myself in e-book form, under my own imprint: Sandra Gulland INK.

I have a giddy love of being an entrepreneur, so the process of creating INK has been fun, one very close to my heart  . . .  but it has also been quite a bit more time-consuming than I expected. Setting up an e-book publishing company and launching my titles took all of one year—and there remains quite a bit more to do. If you are considering e-book publishing, here are some of the things I did:

—Obtained ISBN numbers. As a Canadian, these were free, but it took a little time to get them. That said, there is a curious thrill to having my little bank of ISBN numbers.
—Lined up designer with e-book cover and interior design savvy—the amazing Kris Waldherr.
—Lined up someone with the technical know-how to set up e-book accounts and upload the books. (Fortunately, this was the designer!)
—Hired a typist to have my existing books retyped into InDesign software (the publishing software of choice). I found someone in Romania through elance.com. With me in Canada or Mexico, a designer in Brooklynand a typist in Romania, I began to think of INK as "my little empire."
—Proofread the files. (This was done by me as well as someone I hired, in addition to an army of wonderful FaceBook volunteers.)
—Checked, and rechecked, and rechecked the final files. (I confess I could not resist rewriting a bit.)
—Located art for the cover designs.
—Approved the cover designs. I was fortunate. My designer was immediately spot-on.
—Wrote all the fore- and back-matter. And then re-wrote it. And then re-wrote it all again.
—Provided the information for Kris to set up Kindle, Kobo and iBooks accounts. Each required banking information, and each used different terms which mystified us both. For Kindle, as a Canadian publisher, I had to go though a complex "tax-exempt" process that required a trip to a notary.
—Puzzled over pricing strategies.
—Put together all the information needed for the "metadata"—a word I came to dread. Metadata is all the information associated with your title. You will be surprised how much is required.
There are people who can put an e-book on-line in an evening. There are certainly faster ways of doing this, but at a sacrifice. For one thing, you'll most likely have to give up a percentage of your earnings. Since these books will be on-line forever (take a moment to consider that word), I wanted to be the sole proprietor.
The other sacrifice has more to do with personal aesthetic. I'm a self-confessed perfectionist, and book design is very important to me. I read e-books—some are wonderful, but others are simply a mess. I wanted myINK publications to be a pleasure to read—in content, but also visually.
You can imagine thesatisfaction I felt when I read thisTweet from @Taflach, a reader in Australia: "It was the prettiest E-book I’ve read – Just downloaded the next two :)  #WillNotGetAnythingElseDoneToday.
Yes: it has been a long and winding road, but worth it? You bet!
Have you e-book published? What was your experience?

Sandra Gulland is giving away 3 e-reader copies of the first book in her  Josephine B. Trilogy : THE MANY LIVES AND SECRET SORROWS OF JOSEPHINE B.  To be entered you have to leave your comment + e-mail address. Please specify the country you are writing from in your comment. This contest is in fact open worldwide except for the US & Canada. Deadline is Nov. 1st.
The Author 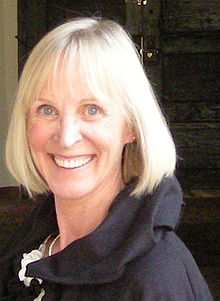 Sandra Gulland is author of four historical novels. Her latest, MISTRESS OF THE SUN, is set in the French court of the charismatic Sun King and is inspired by the life of Louise de La Vallière, an extraordinary equestrian and mistress of the king. Published internationally, it has received glowing reviews since its publication in February of 2008, landing on a Canadian best-seller list four months.

Gulland's previous publication was THE JOSEPHINE B. TRILOGY, internationally best-selling novels based on the life of Josephine Bonaparte. The Trilogy is now published in seventeen countries and has collectively sold over a million worldwide.
A fifth novel, also set in the Court of the Sun King, will be published in 2014 and is tentatively titled IN THE SERVICE OF THE SHADOW QUEEN.
Additionally, bit by an entrepreneurial spirit, Sandra formed her own e-book publishing venture: SANDRAGULLAND INK.

An American-Canadian, Sandra was born in Miami, Florida, and lived in Rio de Janeiro, Berkeley and Chicago before immigrating to Canada in 1970 to teach in an Inuit village in northern Labrador. Settling in Toronto, she worked as a book editor for a decade before moving with her husband and two children to a log house in northern Ontario, where, in 1985, she began writing full-time. She and her husband now live half the year in Ontario, Canada, and half in San Miguel de Allende, Mexico.
For e-book readers outside Canada and the U.K., Sandra's novels are now available through her own imprint, Sandra Gulland Ink: http://bit.ly/SandraGullandInk

Watch a video interview with the author: http://bit.ly/GullandVideo

This book sounds fantastic! Thanks for the giveaway!

I'm not leaving a comment to win the book; my comment is I have owned and treasured Sandra's Josephine B trilogy for years. I rarely keep fiction books after I've read them (otherwise I'd need a warehouse) but rather donate them. Sandra's is still firmly in my possession. Incredibly awesome series! And, as a Canadian, nice to have some Canadian advice about self-pubbing. I used to freelance professionally on Elance; I would've jumped all over that job proposal!

Having just rediscovered my love of historical fiction and will definately be checking out these books.

As for the giveaway (yay @ being worldwide!!!) - I'm in New Zealand and my email addie is jordywhit(at)gmail(dot)com