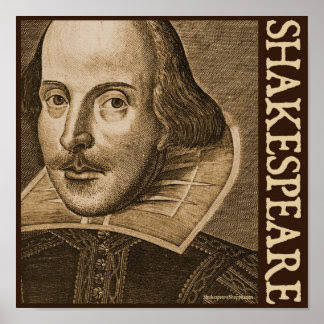 It has been suggested that Shakespeare may have visited northern Italy as some of his plays show a detailed knowledge of local topography of certain towns in that area. Shakespeare produced a number of plays with an Italian background, from his earliest 'The Two Gentlemen of Verona' to one of his last, 'The Tempest'. In total six of his plays all or partly took place in Italy. Italian literature was so widely read in the society in which Shakespeare lived that it would be surprising if he did not have knowledge of the Italian language. Either Shakespeare visited the north of Italy or he got his information from an Italian living in London. There is no evidence that he came here, but it is very likely that he met John Florio, an apostle of Italian culture in England, tutor to Shakespeare's patron, Henry Wriothesley, the Earl of Southampton.
Especially 19th-century Shakespeare scholars  believed that Shakespeare must have visited Italy at some point. But few Shakespeare scholars hold that opinion today, for a number of reasons. Italian culture and literature permeated all of Elizabethan literature and drama (not just Shakespeare) to a much greater extent than anybody realized a century ago; there were many sources, both written and unwritten, which any intelligent Elizabethan could use to find out all about Italy; and many Elizabethans of Shakespeare's social class, including members of his own acting company, visited Italy.

Several recent studies have dealt with this question in some detail, and have shown how enamored the English were with all things Italian, how many sources there were for a curious Englishman to find out anything he wanted about Italy, and how Shakespeare got details wrong and sometimes lapsed into English customs in his Italian plays. The most relevant recent books include:

Shakespeare's Italy: Functions of Italian locations in Renaissance drama, edited by Michele Marrapodi, A. J. Hoenselaars, Marcello Cappuzzo, and L. Falzon Stantucci. Manchester University Press, 1993. (A collection of articles dealing both with Shakespeare and other dramatists such as Dekker and Middleton.)

McPherson, David C., Shakespeare, Jonson, and the myth of Venice. University of Delaware Press, 1990. (A short but valuable comparison of Shakespeare's and Jonson's use of Venice as a location, concentrating on the popular English image of Venice as the richest, most cosmopolitan, most hedonistic city in the world. A very valuable opening chapter summarizes the many sources, both written and oral, that Shakespeare and Jonson could have used to get their information about Venice and Italy.)

Benedict Hottemann, Shakespeare and Italy. Shakespeare died in England. He did so without setting foot on Italian soil. However, his universe of Italian plays, characters and settings has fascinated scholars over centuries. Assimilating past and recent developments in the field of intertextual studies, this volume offers a thorough access to the playwright's multi-faceted Italian world, attempting a new perspective of all relevant issues involved. Believed to be the cradle of the Renaissance, but also the home of poisoning and intrigue, the Italian otherness was at all times a breathtaking stage experience. What I tend to believe is that Italy for Shakespeare was more a great alibi: quite a distant elsewhere , both culturally and geographically, from Elizabethan England to seem exotic but sufficiently near and similar to be a mirror to English society.

What I tend to believe is that Italy for Shakespeare was more a great alibi: quite a distant elsewhere from Elizabethan England, both culturally and geographically,  so distant to seem exotic but sufficiently near and similar to be a mirror to English society. Italy is the place of civilization, of Renaissance culture and arts,as well as of courtesy as great social and moral value. At the same time, Italy is the setting of personal and political danger, of corruption and Machiavellian amorality.

Padua in "The Taming of the Shrew", Verona in "Romeo and Juliet", Messina in "Much Ado about Nothing", and especially Venice in "The Merchant" and "Othello" for Shakespeare are mythical. Often he turned to  Italian literature for his stories and what we can be certain of is that without the model of Italian novellas or drama, Shakespeare’s work wouldn’t have had either the shape or the richness we know.
Posted by Maria Grazia at Monday, June 13, 2011
Email ThisBlogThis!Share to TwitterShare to FacebookShare to Pinterest
Labels: Shakespeare, Welcome to Italy

This is such an interesting topic! Thank you for posting, Maria Grazia! :D

...and what about the fascinating theory that Shakespeare was, in fact, Italian himself? There are lots of books/essays claiming his Sicilian origins (Scrollalanza=ShakeSpeare) and the identification with that Florio you've mentioned. On this same subject, I'm curious about next Roland Emmerich (!) movie, Anonymous, due next October (?), with Rhys Ifans as the Bard.
K/V

@Giada
Glad you like it, G. Thanks for your comment.
@K/V
I've heard a lot about Shakespeare being Italian, I thought that hypothesis rather fanciful and I didn't give much credit to the rumours so, I haven't mentioned them.
As for the movie you refer to, Anonymous (http://www.imdb.com/title/tt1521197/), that's something I'm really interesting in, of course. Let's see when it comes out to judge. Thanks for your as-usual-interesting contribution, K/V.
Buon lavoro! MG

All three books sound so interesting--I like the notion that for the English, Italy was a mythic land...as it is for me, even now!

Really interesting, Maria... the comment that makes sense to me is this:

" What I tend to believe is that Italy for Shakespeare was more a great alibi: quite a distant elsewhere from Elizabethan England, both culturally and geographically, so distant to seem exotic but sufficiently near and similar to be a mirror to English society. Italy is the place of civilization, of Renaissance culture and arts,as well as of courtesy as great social and moral value. At the same time, Italy is the setting of personal and political danger, of corruption and Machiavellian amorality."

It's very easy to believe that England was isolated and undeveloped, but serious trade and therefore serious diplomacy had been occurring between England and Europe since the earliest Middle Ages and it stands to reason that Shakespeare would have been well-informed of such places as an illustrious member of the 'Players' of London. In many ways the use of such places for his works is no different to authors these days who choose similarly exotic places for their settings.