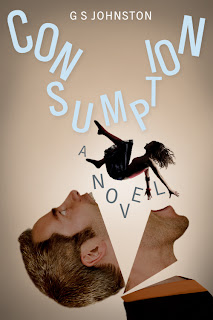 The author
Originally from Hobart, Tasmania, G. S. Johnston lives in Sydney with two cats, home-loving Reba and the wayward Rose, and Miss Mia, a black and white cuddle dog.  The days rush by.
His first novel, CONSUMPTION,  has been published in the Kindle version and it is a heart-rending, provoking novel about the nature of long term friendships.
The Book - Synopsis

In the dying days of British Hong Kong, Sara Sexton, upon breaking up with a Greek lover, visits her old friend Martin Blake, a high-profile, high-dollar interior designer.  This suspenseful story shows the effects of a lifetime friendship going toxic as modern life pulls the once quasi-siblings in opposite directions. As Sara embarks on a simpler life, Martin becomes increasingly complex and erratic. Eventually Sara is forced to a terrible choice in the name of self-preservation.
The beautiful prose, arresting characters, and intriguing setting as Johnston evokes the cities of Hong Kong and Sydney and immerses the reader in a world that is as beautiful as it is painful.

The Giveaway
Commenting this post and adding your e-mail address you'll get the chance to win a Kindle version or an e-book version of Consumption. The winner will be asked to choose. This giveaway is, of course, open internationally and ends on Wednesday June 22.
The interview 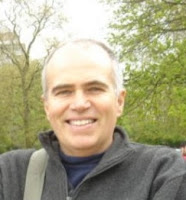 This book sounds really interesting. I'm intrigued to find out how and why no other pairing but that of a man and woman would have worked in this case...

MG, I've read Consumption and found it a striking tale of friendships lost and found. Martin's and Sara's characters are carved with the detail of a Renaissance sculptor and the settings of Hongkong and Sydney are beautifully evoked. No other city could convey the manner of material and psychological consumption better than Hongkong.

I can recommend this book to any likely reader.

Please count me in for the ebook version!

Maria Grazia, you're an endless source of information!It's so interesting when the author can express himself freely and in such a relaxed atmosphere.
I've always wanted to visit Australia and this year I should have visited Hong Kong. So count me for the ebook version!!!
maribea@tiscali.it

This book sounds really interesting! Nice to meet you again

Hi everyone - thanks for reading the interview and your comments. How Fab. CONSUMPTION: A NOVEL is also available now in other e-book formats through smashwords.

Thanks in advance for your support