I WON'T MISS THEM!

I mean, I won't miss these three good movies - at least I imagine and hope they really are good - which are going to be released at the end of this summer or at the beginning of next autumn. They are all set in the past and this is something I've always been charmed by. Good stories set in the past... period movies.
1. BRIGHT STAR - Release date 18th September 2009 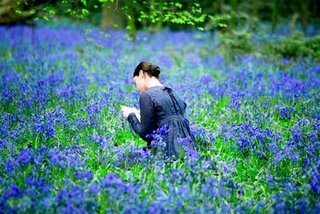 I've already written about this movie not long ago. It was one among the films taking part in this year Cannes Festival directed by Jane Campion. Do you remember her? She's the director from New Zealand who won the Palme D’Or in 1993 with her wonderful THE PIANO. As I heard about it, I promised myself this film will be part of my DVD collection as soon as it will be released (with YOUNG VICTORIA, another costume film released this year, which I’m eagerly waiting to see).The movie tells the story of the tragic romance between JOHN KEATS, one othe English Romantic poets of the second generation, and Fanny Brawne. Keats has now become one of the most popular poets in the English language, but in his life, though he managed to publish his works, he wasn't either famous or rich.Keats, played by Ben Whishaw, met Fanny, Abbie Cornish in the movie, at his friend Charles Brown’s house in 1818 and soon fell in love with her. She was 18 and he was 23. He had already lost his mother for tuberculosis and his brother Tom would soon follow her, just when John himself started showing the first symptoms of the terrible desease.

2. The second movie is AN EDUCATION - Release Date 9th October 2009 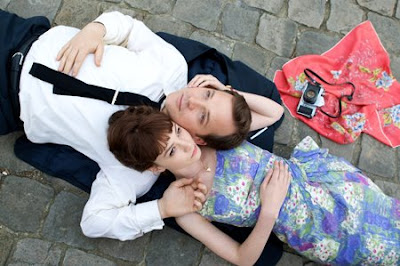 Starring Peter Sarsgaard, Carey Mulligan, Alfred Molina, Dominic Cooper (John Willoughby in BBC Sense and Sensibility 2008! ), Rosamund Pike and Emma Thompson, it is set in the post-war, pre-Beatles London suburbs and tells of a bright schoolgirl torn between studying for a place at Oxford and the more exciting alternative offered to her by a charismatic older man.

It was presented at Berlin Film Festival 2009 and the script is signed by NICK HORNBY. Do you know him? Have you ever read any of his hilarious contemporary very-British novels? I have and did enjoy at least three of his works: ABOUT A BOY, HOW TO BE GOOD and A LONG WAY DOWN. 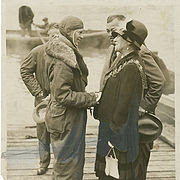 If you want to know more about the brave Amelia and her mysterious disappearance you can find lots of information at this site dedicated to her.

To anticipate the joy of watching the return of Richard Gere and Ewan McGregor on screen have a look at the official trailer.

@Belle and Mo
Thanks for commenting girls! Have a great weekend!

Looking forward to all three of these. 'The Young Victoria' is brilliant.:)

Young Victoria is a great film. Emily Blunt is excellent in it. Fantastic costume drama. I love Nick Hornby, I've read everything he's written and I even met him a few times. Once I interviewed him, another time I did some interpreting for him and a few other times I attended a couple of his readings. He's a very funny man and absolutely lovely! Hope you're having relaxing time in hot Italy. My son is there at his grandparents' and he's got problems to endure the heat!!! Ciao. A.
PS There is new drama on Tuesdays on BBC2, "Desperate Romantics" about the Preraphaelits Brotherhood

@costumedramas
Hi, Judy! I'm not at home these days so I can't use the Net as much as I would like. I could only answer now to your kind comments. Till very soon.
@lunarossa
I'm glad to discover we also share another interest, I mean Nick Hornby's novels. I've heard and read about the new drama about Pre-raphaelites. I'll try to get it someway. I'm actually interested. I'm at the seaside in these days and having a great relaxing time.Ciao.

Much as I love Keats, I'm disappointed in the direction they took with regards to his life and work with this movie. I personally think Fanny Brawne is more a dark shadow on his life, than a bright star, but then I guess I'm tired of every story having to be a love story, whether it was or not.