TIME FOR A GOOD MOVIE - WORDS & PICTURES, THE OTHER SON AND MAGIC IN THE MOONLIGHT 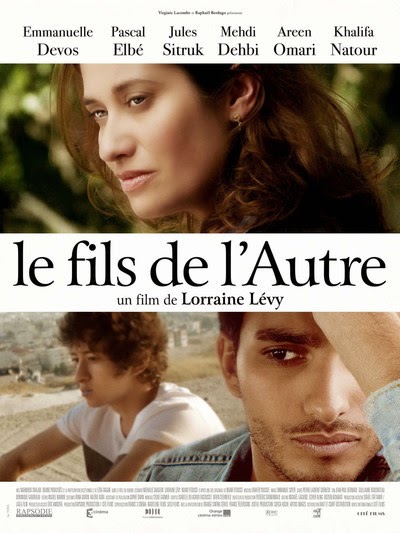 Time for a good movie. Well, more than one, actually. I've seen several films in the latest days. The three ones I'm going to recommend here are totally different one from the other,  but each one of them resonated with me for some reason . Mothers and sons? Colin Firth? Romance and school? Here we go.

Let's start with "The Other Son" , original title  "Le fils de l'autre", a 2012 movie directed by Lorraine Lévy.
Two babies are born at about the same time in an Israeli hospital. One is Israeli. The other is Palestinian. They're evacuated during a missile attack, accidentally switched and raised by each other's families for the next 18 years. The truth comes out when Joseph Silberg takes blood tests to enlist in the Israeli army. He has been raised by a wealthy Jewish family but is,  instead,  the Palestinian baby of the swtch incident. On the other hand, Yacine , the Israeli by birth, has been raised on the West Bank by Leila and Said. His family is far from rich, but he has been lucky enough to be
educated in Paris. The sudden, shocking discovery of their real identities will mix up their feelings, prejudices, beliefs, but it will also provoke inevitable questions about destiny, self-determination and freedom. Thought -provoking, poignant but not melodramatic,  and with a light touch on such a tragic, tricky  reality, this film is worth watching for his honest simplicity. It doesn't want to suggest solutions to an endless complicated situation. No easy way out, no comforting parable. In a different situation, it is easy to imagine Joseph and Yacine fighting and even killing each other,  as they are supposed to consider each other enemies. But in this movie Joseph's dream is to become a singer and a song-writer, not a soldier like his father, and Yacine is going to study medicine in Paris, far from the conflictual situation the rest of his family has to live in. Neither Joseph nor Yacine are really interested in political or religious matters. Both boys cross the border and overcome the walls erected in their land, in order to meet and know  their natural parents, in order to meet the other son. As a result, both boys find themselves displaced in their own identities. However, they accept they can't have back what went lost in the switch.
In the final scene Joseph states that since they can't have their "true" lives back, they have to promise each other to make the rest of the  lives they have now truly special. 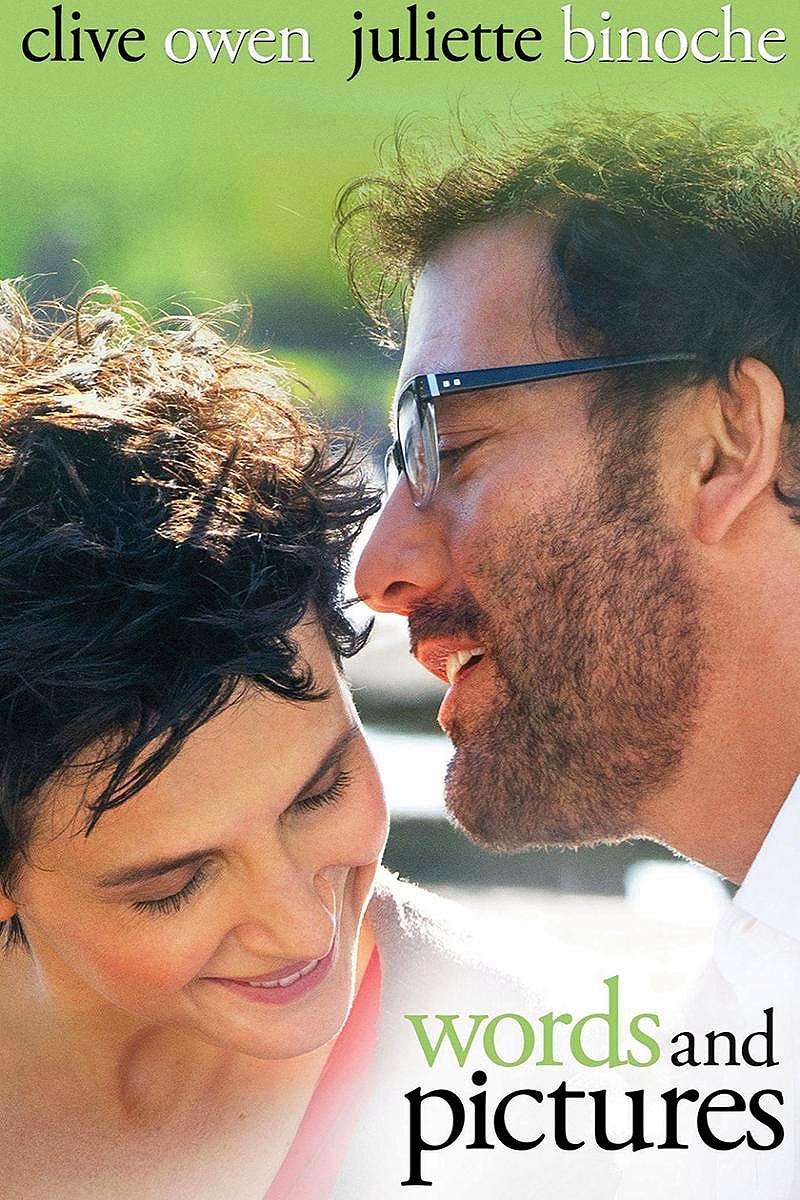 Words & Pictures is a 2013 witty romantic comedy starring Clive Owen and Juliette Binoche. The story is set in an American college, where Jack Marcus is an English teacher and Dina Delsanto an Art teacher. He is a published author who has not written a single line for years now and who has an alcohol addiction. She is a celebrated painter who has left New York and her atelier due to a serious desease who prevents her from painting and limits her autonomy.
The two starts flirting and bickering since their first meeting: Dina thinks words are lies, Jack considers images as just illusions. Jack starts a contest between words and images, confident that words may convey deeper meanings and more effectively than images. Dina and her Art students accept his challenge.
A battle starts,  indeed. But it is more an inner struggle for each of the two protagonists -  who must face their own fears and failures -  than a fight to demonstrate the truthfulness of their beliefs.
The clash finally turns into a meeting between two lost souls as well as between two powerful means of communication.
Is a man worth more than his words, a woman worth more than her pictures? 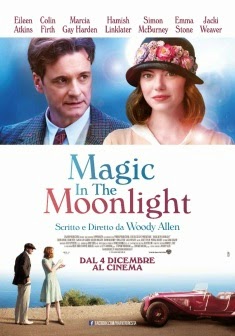 The latest film directed by Woody Allen, Magic in the Moonlight,  was announced as light comedy, slightly romantic escapism,  and after watching it I may confirm that. Anyway, beautiful photography, awesome locations, gorgeous costumes, stellar cast are not enough to compensate for a serious lack of substance,   But does comedy require substance?  I'm not a Woody Allen fan, nor an expert connoisseur of his cinematography but I found this comedy and its script quite simplistic, hence disappointing.
Emma Stone and Colin Firth do their best in their roles which are quite limiting.  She is a beautiful  clairvoyant and mystic, Sophie, and he , Stanley,  is a cynical,  skeptical illusionist hired to unmask the girl as a fake. No surprises, no unexpected twist. Everything happens as any ordinary viewer would expect it to happen and with no real fun.Aren't romps meant to be amusing? The main motif -  "is life what we experience with our senses or is there  more to it, hence,  does God exist?" - is dealt with repetetively in the script with quotes from Nietzsche and Shakespeare and Woody Allen himself. So repetitively that it becomes dull, I should add. The answer I personally drew  is that "no, there is nothing out there but one single magic thing ... love."  Maybe I got it wrong but ... Really? It that it?

Final recommendation but on a shallow note: if you are Colin Firth's fan, you must give this movie a chance. He is so handsome in his 20s - style suits! No matter what Allen made him say or do as Stanley. You'll forgive him!
Posted by Maria Grazia at Monday, December 29, 2014
Email ThisBlogThis!Share to TwitterShare to FacebookShare to Pinterest
Labels: Colin Firth, Magic in the Moonlight, Movies, Reviews, The Other Son, Words and Pictures

I've been meaning to check out the Colin Firth movie!