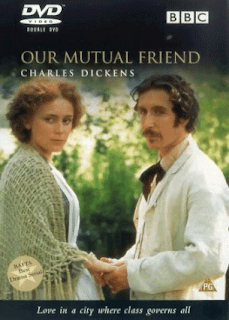 This 1997 beautiful four-part adaptation was my first BBC drama experience in the original language. I saw it first time on a satellite channel several years ago. I got up very early in the morning to see it and they broadcast it with Italian subtitles. My Dvd collection started then, after watching OUR MUTUAL FRIEND for the first time. I loved this period drama so much, but I haven’t had time to re-watch it since then. I didn’t remember much, apart from the gist of the plot, also because this isn’t usually a work by Dickens I use in my classes.
The Period Drama Challenge has been the occasion to play this DVD . I thought it might work as a good opener for the section “Victorian Mist”. The story offers deep psychological insight with rich social analysis at the same time. The settings and costumes are accurately designed/realized and the script is by extraordinary Sandy Welch (North & South, Jane Eyre, Emma 2009). 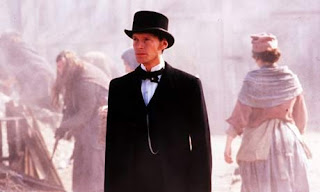 Our Mutual Friend is Dickens’s last novel to be completed and one of the most complex ones. As usual in Dickens’s novels, we are involved in a multi-layered plot with a myriad of characters. Two completely different and distant worlds are brought together into the same mystery story: very poor people living along the river Thames , in the city slums, as well as snobbish, stiff upper-class pleople. Misty or nocturnal settings surround the misery and desperation of the first; daylight, big houses, luxurious gatherings characterize the representation of the latter. People from the two “nations” Queen Victoria ruled on meet and intermingle due to the mysterious death by drowning of young John Harmon, heir of a huge patrimony coming from dust (or better from rubbish). The inheritance, after his death, makes his father’s worker, Mr Boffin, immensely rich. 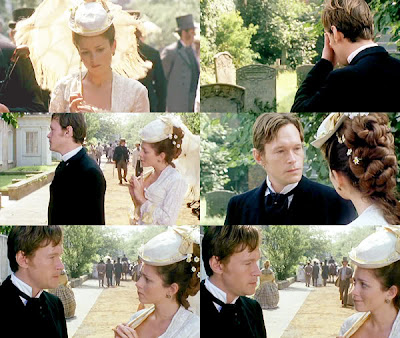 There are two main love stories, quite unconventional ones, through which Dickens mocks the strict etiquette of the society of his time: Bella Wilfer (Anna Friel ) expects John Harmon (Steven Mackintosh) to come back after many years abroad , to inherit his father’s patrimony, in order to marry him - though she doesn’t love nor know him. She’s ready to a marriage of interest, for money and social position. Unfortunately, John Harmon is found drowned in the Thames. She’ll end up marrying poor John Rokesmith, Mr Boffin’s humble secretary, for love only to discover that the two Johns (Harmon/Rokesmith) are the same person in the end. 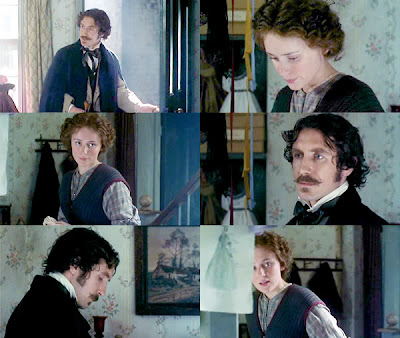 Poor but noble Eugene Wrayburn ( Paul McGann) is passionately in love with Lizzie Hexam ( a very young Keeley Hawes), whose father, a boatman, gets a living rescuing corpses from the River Thames. They finally get married going against any expectation of good London society : both Bella and Rokesmith's and Eugene and Lizzie's marriages were not thought proper since they married outside their own class.

Just three brief points more :
· There are several sub-plots in this complicated portrayal of Victorian London. Brilliant actors give life to all these peculiar, odd creatures only Dickens’s pen could so vividly brought to life: Peter Vaughan as Mr Boffin, Pam Ferris as Mrs Boffin, Timothy Spall as Mr Venus, David Bradley as Rogue Riderhood, David Morrissey as Mr Headstone, Kenneth Cranham as Silas Wegg.
· Victorian London and The Thames are more like characters in the plot than features of its settings. 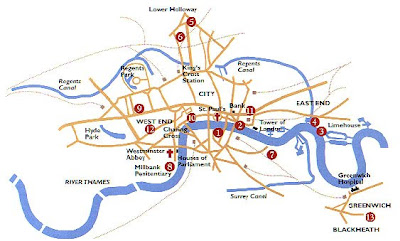 (London at Dickens's time)
· Dickens is great at mocking his own world: their gossiping hypocritical way of living based on strict class division, formalities ,void etiquette, material interest and selfishness is his main target.

Great review! You've convinced me to give it a go!

@Chandra
Let us know what your opinion is, then. Thanks for dropping by.

Ok, so now I have another book to read! I bought "Little Dorrit" and now I have to buy "Our mutual friend". And, of course, find time to read them! Than I'll be able to watch both series! I really like Dickens, but haven't had the opportunity of reading these yet. Oh, Keeley Hawes is a very nice actress, she was very good in Wives and Daughters!

I loved this movie! The part at the end where John gets enraged is awesome!

Hi Maria Grazia!Lovely review,I've already seen the movie and your review made me want to see it again!I think I'll do it for the challenge too.

Hi Maria!
I just came across your review! It's nice to be reminded of such a great series and I love how you experienced it as the beginning of your DVD collection! The only thing we're missing are good Italian dramas that you know about!

I just watched this DVD and was trying to put some images up on my blog, but I'm still not sure about copyright issues, so I haven't... you might like to read some of the books about the Victorian era that I've mentioned though, I found them fascinating!