1. WHAT I HAVE BEEN WATCHING 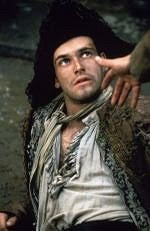 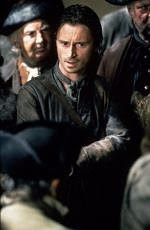 Honestly I didn’t particularly like – just as it happened the first time I saw it - the taste for macabre and bloody details: the opening scene and the final hanging scene are definitely gruesome. Just to be clear: would you like to see someone searching a corpse’s entrails with his own bare hands, after first disinterring it, of course, in order to rescue a gem the person had swallowed when he was alive? Not my cup of tea. I can’t bear this kind of scenes in a movie. And this was only the beginning…

Anyway, this comedy, despite its historical inaccuracy can be quite beguiling because it proposes many entertaining moments and a rather dynamic sequence of adventures . You inevitably get the impression that , the two portagonists especially –Jonny Lee Miller and Robert Carlyle – must have had a great time shooting those scenes together. By the way, the two British actors had already worked together in Trainspotting so the pair seem just to consolidate their understanding. If you can bear horrifying bloody scenes better than me and you love costume drama, this movie can be a way to spend an amusing couple of hours. Did I like it then? Three out of five stars! 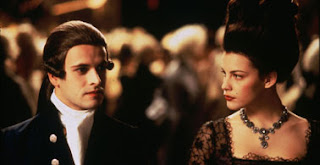 England, 1748. England is infested with highwaymen, such as Will Plunkett (Robert Carlyle), a London based criminal working with a partner. However, very soon into the film his partner is killed by Thief Taker General Chance, and Plunkett finds himself on the run from the local constabulary.

This incident was witnessed by Captain James MacLeane (Jonny Lee Miller), who was being taken to a debtor's prison. He also sees Plunkett's partner swallow a ruby, which he sees as his ticket out of debt, and, after narrowly escaping discovery by Chance, he goes to the cemetery and tries to exhume the body and retrieve the ruby.

Unknown to him, Plunkett is also waiting there, and he forces Macleane to give the ruby to him. He then also swallows it, as they are both found by Chance's men. They go together to Newgate prison, and Plunkett realises that, because of Macleane's nobility, he can give the ruby to Macleane and he can use his influence to buy them both out of prison. This, despite protests from Macleane, starts a partnership which could be very successful, where they use Macleane's title to get to know the rich, and Plunkett's brains and planning to rob them later on. However, this all goes haywire when Macleane falls for the beautiful Lady Rebecca and lets their secret slip.

Eventually, Plunkett's plans to escape the country to America are spoilt by Macleane's uncontrollable spending, and Plunkett leaves him to the gallows. However, Plunkett comes back at the very last minute to save his friend, and all three leave for America. At the very end we see Plunkett get his own back on Chance, as he shoots him in the head in the sewer. 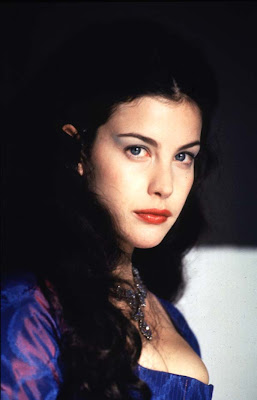 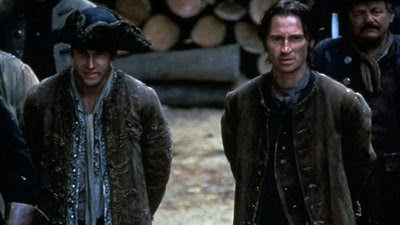 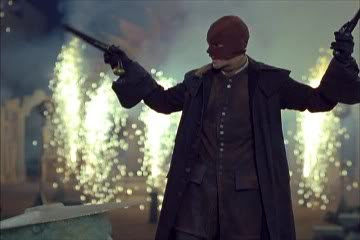 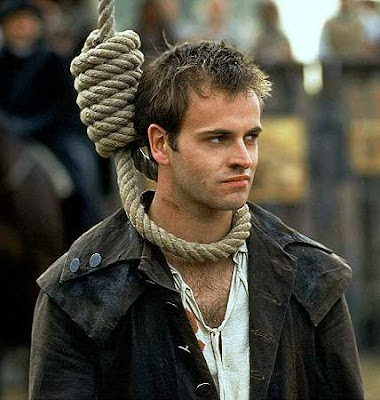 PLUNKETT AND MACLEANE at IMBD


2. WHAT I HAVE JUST DISCOVERED ON LINE  (Thanks to "my little fairy", Merryweather)


RICHARD ARMITAGE 's new photos as John Porter in Strike Back, the 6-part series due to be aired on SKY 1 in April 2010! Here's a new article on Sky1 site ... and here are the photos: 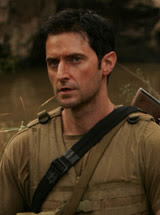 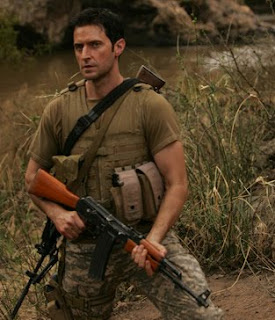 I shall definitely add PLUNKETT AND MACLEANE to my netflix queue. I just finished with Middlemarch and then the latest Emma with Romola Garai who also starred in Daniel Deronda. This was a four episode series and Dan Fredenburgh made an excellent Mr. Knightley.

I will have to check out "PLUNKETT AND MACLEANE" too! I love period films and I'm always looking for something I haven't seen yet.

Another period drama to add to my list of "must sees". I love your reviews Maria. (I also like the look of RA as John Porter - he looks well).