READY FOR THE DUEL? THE MUSKETEERS VS MR SELFRIDGE 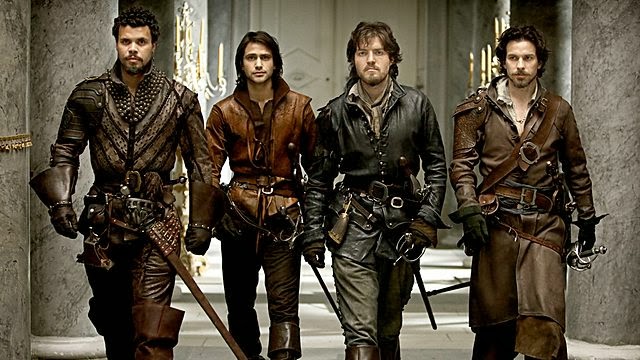 Have you enjoyed Downton Abbey latest season? And what about Death Comes to Pemberley? I really loved them both. Don't you feel a little bit orphaned after the smartest  Sherlock series ever on screen ended last Sunday?  Brilliant,  wasn't it?

Well, this is a blessed time for us. I don't know if we are allowed to hope it'll last long, since period and costume drama series cost quite a lot and even brilliant productions have been cut off  recently. Anyhow, let's seize the moment and stop worrying for what may come.

Just today a new costume series set in 17th century premieres on BBC One. D'Artagnan and his dashing musketteers are back, ready to refresh their roguish fame in the memory of old nostalgic fans as well as to capture the enthusiasm of young new adventure lovers. BBC One's  The Musketeers has been planned as a 10-episode series, was shot in Prague and is co-produced by BBC America. 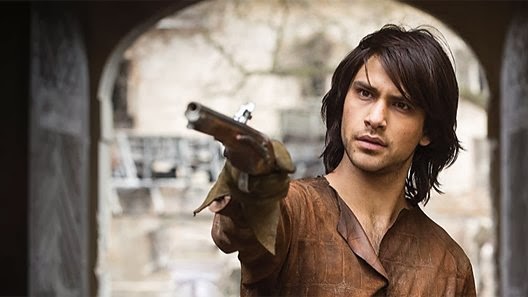 Luke Pasqualino is perhaps most recognisable from his role in E4’s BAFTA award winning series Skins. Following this he was cast alongside Jeremy Irons in the critically acclaimed, The Borgias. Luke has also had cameo roles in the award winning BBC sitcom, Miranda. Last year saw Luke in the supernatural horror film The Apparition and in the lead role in comedy/horror film Love Bite. Most recently Luke starred in the leading role in Battlestar Galactica: Blood & Chrome. Luke will next be seen in Joon-ho Bong’s thriller, Snowpiercer, alongside Chris Evans, Jamie Bell, John Hurt, Tilda Swinton and Octavia Spencer. 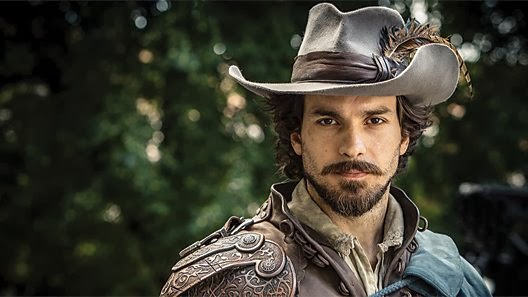 Santiago Cabrera ’s breakthrough role came in Heroes, where he played Isaac Mendez, a heroin-addicted artist able to paint the future. He also starred as Lancelot in BBC’s Merlin, and was recently seen in Dexter. His film roles include Haven and Love & Other Disasters. He won critical acclaim for his role in Steven Soderbergh's Che. Santiago will next be seen on screen as Count Vronsky in Anna Karenina. 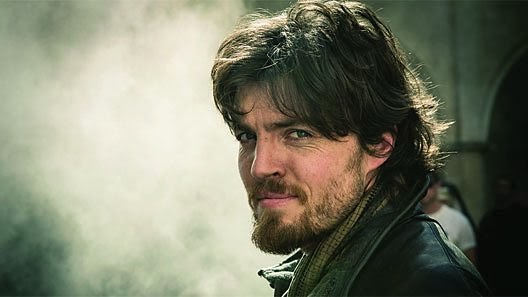 Tom Burke is one of the UK's most highly respected and versatile young actors with starring roles across stage, screen & television. His film credits include The Invisible Woman, I Want Candy, and Only God Forgives. His work for television includes In Love With Barbara, Great Expectations, Napoleon, Bella And The Boys and the award-winning State of Play. Tom was recently seen in The Hour and comedy series Heading Out. 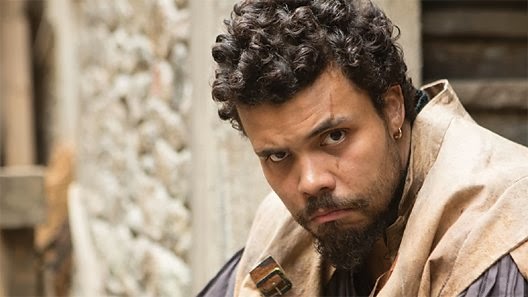 Howard Charles has appeared in stage productions of The Cherry Orchard and Enron. He starred in the Royal Shakespeare Company productions of The Merchant of Venice and Macbeth, and most recently Blackta at The Young Vic. Television work includes Beautiful People, Candy Chops and Switch.

In the cast a few other familiar faces, such as Peter Capaldi as Cardinal Richelieu and Tamla Kari as Constance. Remember! Episode 1 is on tonight but if you can't be there, on BBC One at 9 p.m.,  you have the chance to catch up with it on BBC iPlayer.

Tonight is also the night of Mr Selfridge's return on ITV1. Have you enjoyed series 1? You've been certainly been eagerly waiting for the new episodes then! Here we are, then. We are going to see what's next for Mr and Mrs Selfridge, Agnes Towler and Mr Laclaire, Lady Mae and Victor, Mr Grove and Miss Mardle, just to mention some. 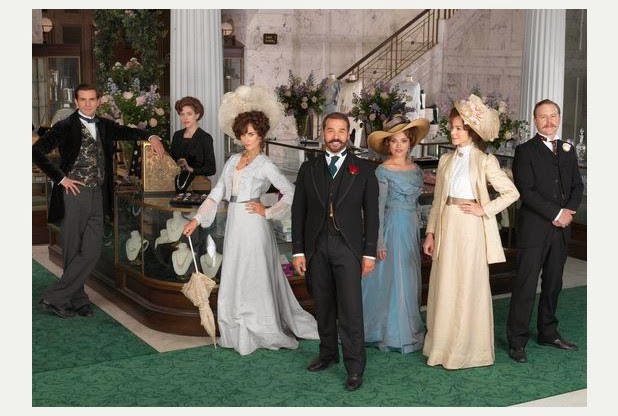 The show’s second season opens in 1914 as the store celebrates its 5th anniversary of trading. Mr Selfridge is proud of the store’s success but there is no time to rest on his laurels. Rumours of war are spreading in Europe and he must prepare his staff for the  challenging times ahead. Now more than ever Harry needs his wife, Rose, by his side. But in the last five years, they have become increasingly estranged. Whilst Rose has been spending long periods in America with the couple’s daughters and their son Gordon attends school in Winchester, Harry lives the life of a single man in London.

After The Paradise close for vacation, we'd better have a look at what Mr Selfridge has to offer...

Thanks for the previews, Maria! Now I'm really looking forward to both series. Fortunately, I can start watching all of Season One of Mr. Selfridge on Amazon. However, I am not sure when I will see Season Two;likewise for the Musketeers, but I'll keep an eye out for both!

What a night it will be! I love Mr. Selfridge, it has such a great cast and a fantastic script. Look forward to the romp that the musketeers seems to be :)

look like great shows--guess we'll have to hope they'll be on sometime this side of the pond.

Mr. Selfridge will air here in March, no date to my knowledge when the musketeers air on BBCA