ANITA B., A YOUNG WOMAN'S COURAGE IN A NEW MOVIE BY ROBERTO FAENZA - MY REVIEW 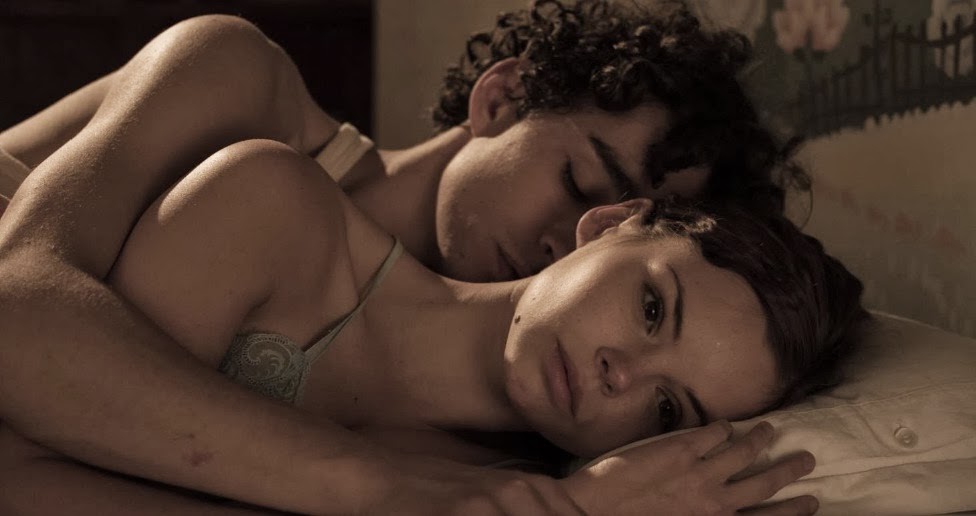 Today is the international Holocaust Remembrance Day and I've been glad and proud of our special school day: at the cinema with 150 students and some colleagues. A day we've prepared in our lessons in the last few days, a day not to forget and to build new hopes.
I've already posted about this movie by Roberto Faenza, Anita B.,   released only in our country, Italy, so far,  in limited theatres and in just a few cities. That's really a shame! I hope it'll get the attention it deserves, maybe when it gets to the US next summer. Lots of students are seeing it these days thanks to Anita B. Progetto Scuole: that's at least a very positive aspect for the promotion of the movie.

I  also  read and reviewed the novel by Edith Bruck, on which the film is freely based, "Quanta stella c'è nel cielo." Someone who knows him well told me Roberto Faenza usually says: "Two fathers, two children". That means, books and the movies based on them must be considered for what they are: different art works by different artists. Faenza wrote the script in collaboration with the author of the novel, anyway. So we can imagine she agrees with the changes, the cuts and the additions. I personally liked all the director's choices, especially his rewriting Eli, the male protagonist. Impossible to like him, but in the film at least we are given reasons for his behaviour.

Why did I want my students to see "Anita B", this movie and not any other connected to the Shoah? First of all, because it has teenage protagonists who must cope with teenage issues in a moment of hardship and crisis, and that will give us the chance to discuss comparing present and past. Secondly,   but more importantly,  it is a positive movie about life, hope, love and the importance of memory. 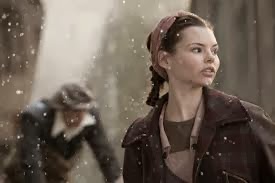 For once we are not led through the horrors of the concentration camps and the violence of  WWII, we are not told exactly what Anita experienced before the beginning of the story. We are surprisingly made aware of something maybe less notorious:  the rejection, the coldness, the unloving and  unkind welcome many of them  received wherever they went after surviving. What all the other people wanted was … to forget, to remove, to carry on as if the horror had never taken place.

This kind of harsh, absurd reaction hurt Edith Bruck - the author of “Quanta stella c’è nel cielo”,    when she herself came back alive after being a prisoner in 6 different camps during the war. She was just 12.

(from Anita B. press pack)

Anita, a Jewish girl of Hungarian origin who has emerged alive from Auschwitz, is taken in after the war by her one surviving relative: her aunt, Monika, the thirty year old sister of Anita’s father. Monika, however, does not liked to be called ‘Aunt,’ and receives her niece with something less than enthusiasm.  She lives, Monika, with her husband Aron and baby son Roby, in Zvikovez, a small town in the mountains of Czechoslovakia, not far from Prague. Also in the household is the good -looking young Eli, Aron’s brother, whose philosophy of life can be summed up as follows: “men want to unbutton their pants, women think about love”.


In the town, situated in the Sudetenland, that before the war had a large German population, the former inhabitants have been forcibly ejected, their homes taken over by returning prisoners and refugees. There is an air of increasing tension in the place, as the communists prepare to seize power. 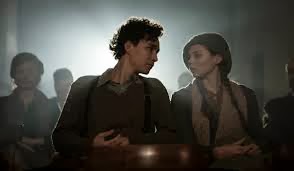 To begin with after her arrival, Anita finds herself a virtual prisoner once more; this time because of a lack of any papers. She cannot leave the house, and scarcely meets anyone outside the immediate family. Those people she does come in to contact with, however, all seem intent on forgetting the recent horrors; they want to go out and dance, enjoy themselves, and listen to popular songs broadcast across the Iron Curtain by the Voice of America. Anita too has her dreams, but unlike the others is determined not to turn her back on the past.
She’s a spirited girl, full of hope for the future; finding her strength in the memory of her parents, themselves both killed in the camps. She is disconcerted by that refusal to remember on the part of all those around her. No - one – not even Eli, with whom she soon embarks on a passionate affair – seems even to want to think about what has happened, let alone talk about it. It’s as if everyone feels ashamed of having survived. 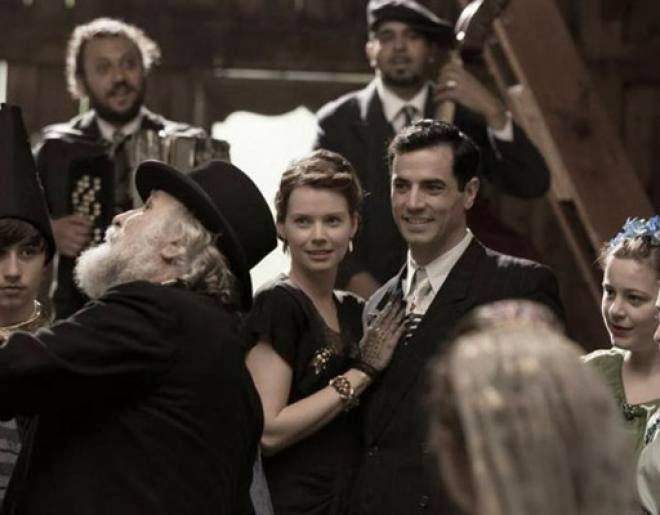 The denial of pain blocks the path to the truth. Anita instinctively knows this, but when she tries to breach that collective wall of silence that surrounds her, she finds herself being pushed back. So, if she wants to talk to anyone about her beloved and lost parents, she has to do so with little Roby, who listens to her happily but doesn’t understand.
In that melting pot of languages and nationalities that is the Central Europe of those days, once Anita is able to get out of the house she meets a whole range of unforgettable characters: among them the larger –than -life Uncle Jacob, a musician who seems to be the conscience of the community; Sarah, the dynamic ‘ferrywoman’ who organizes the refugees’ clandestine passage to Palestine; and young David, who like Anita is an orphan - if he has lost his parents in quite different if no less tragic circumstances - and with whom Anita becomes very friendly  -  until one day he suddenly vanishes, in pursuit of his own dream.
All at once, Anita has to face a new challenge; young though she is, and just on the brink of womanhood, she finds herself pregnant with Eli’s baby.
With an unexpected twist to the story, Anita finally will take a decision which requires a lot of courage. 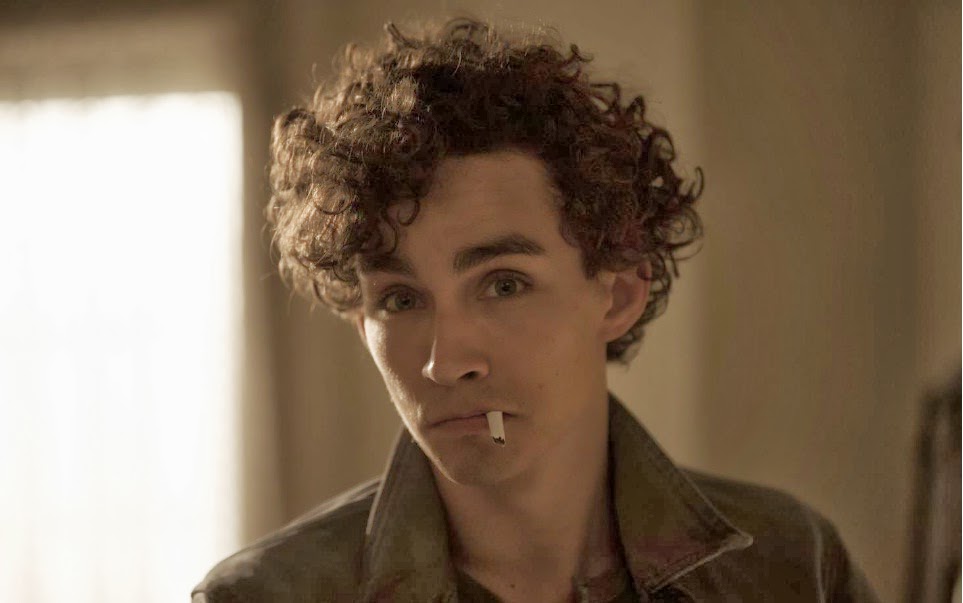 We have the duty not to forget, we have the duty to educate our youth with though-provoking reads and films. Anita B. let us do all that.
Our students were caught by the emotions in the story and, from time to time,  I could hear their comments and remarks.  They even shouted  at Eli when he slapped Anita in the face. "Bastard", one of the boys sitting behind me said out  loud, "why don't you try that with me?" Poor Robert Sheehan! I knew it: he is so good at everything he does,  that as Eli he really succeeded in provoking hatred and despise. Both him and Eline Powell, who plays Anita, just pierce the screen with their intensity and their spontaneity. In the cast also Antonio Cupo (Aro), Moni Ovadia (Uncle Jacob), Andrea Osvart (Monika). 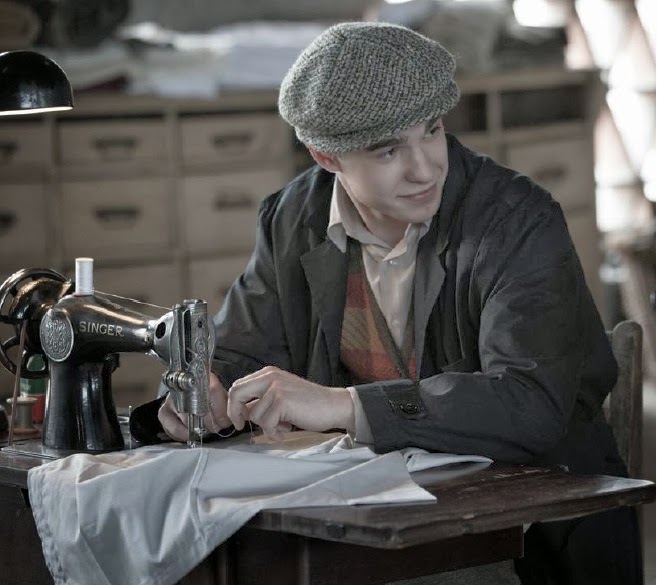 Most  girls  in the audience wanted David (Nico Mirallegro) to have the girl in the end. He is the loyal friend Anita deserves. In my opinion,  instead,  the ending is perfect as it is. Anita has made her choices. She doesn't need a man to fulfill her wishes. She is brave and strong enough to face life alone now. As Roberto Faenza loves saying: we can learn from Anita,  that after living through hell,  there's nothing there to frighten us.

The movie ends with a beautiful line commenting a moving scene: "I'm happy. I'm travelling light towards the past. My only baggage: the future"


Watch the trailer in  English

My review of the book