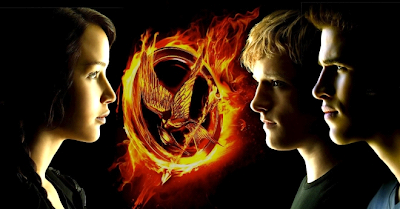 Catching Fire is the second part of the Hunger Games trilogy, produced by Lionsgate and directed by Francis Lawrence. Based on Suzanne Collins' novel, this film was released in November 2013.  Jennifer Lawrence and Josh Hutcherson played such main characters as Katniss Everdeen and Peeta Mellark. It is a dystopian, science fiction movie with disturbing and uplifting plot at the same moment. The story is immensely emotional, dramatic and exciting. Many important political events and strategies are performed here. The various expensive special effects were used during film’s production in order to make it more engaging and attractive. The topic is of a real current interest, because everyday a lot of people become pawns in their lives as well as our heroes do. Catching Fire is much better than the first film. The director added more bright actors, unsurpassed action scenes and improved the quality of shooting.

There are three structural acts in Catching Fire. They are the tour, the preparation and the games.
The film opens up as Katniss and Peeta are going back home as survivors of the 74th annual Hunger Games. They suppose to go on their tour of the12 districts and Panem, and anticipate a wonderful, restful life with their families at home. Soon the winners notice a mass revolutionary mood. 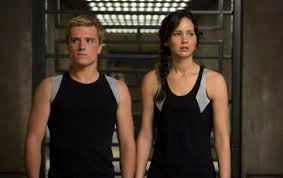 The pair has to dramatize their mutual love to submit the established rules of the President Snow, who tries in such way to distract poor and starving people from the rebellion. He says that Katniss’s victory in the games caused the districts' revolt and that she must prevent the rebellion against the Capitol to defend her close people from death. In case of her failure they will be killed. She plans to get married with Peeta in public, and President Snow supports it. But this plan is frustrated as a result of some definite circumstances. Furious President Snow announces the 75th Hunger Games, in which all the winners of the previous games are supposed to participate. The tributes are shocked. The prior advises to Katniss to unite with some tributes and she follows his tip. The arena horrifies Peeta with its technology, from a small auto-timed tsunami to vandal baboons and toxic mists. Besides, the arena is discovered to be like a clock, where each hour some lethal test runs. During the games many participants die.
Peeta is taken by Snow and it’s almost impossible to save him. Katniss’s family is safe, but the whole District 12 is destroyed as a retribution for her runaway.

Catching Fire distinctly shows us the differences between poor districts and rich capital, the unsurpassed power of the almighty government. It is a pity, but this is a world, where the events pass. It is hard to believe, but the aim of the 75 Hunger Games is to show people that they are powerless against the Capitol, no matter how many people die during these games.
The pictures in the film are devious and full of suggestion. They make a great impression on the audience. In the spotlight there is a main character, Katniss, an admirable young heroine, sharp-witted and with a huntress’s patience. She is a sign of hope and life for the poor and suffering people. She is a bright protest against violence and pressure. Jennifer Lawrence breathed life into her character  and due to it the play turned out to be brilliant.

Did you see the movie? Did you like it? Did you also think it was better than the first one?

Up-end-coming, but experienced writer, Paul Smith, who grasps in architecture, masterpieces of art, outstanding literature and different directions of music, is ready to share his ideas on Google+  and at  http://coolcustomessay.com/.
Posted by Maria Grazia at Tuesday, January 14, 2014
Email ThisBlogThis!Share to TwitterShare to FacebookShare to Pinterest
Labels: At the cinema, Catching Fire, Dystopian novels, From Books to Movies, Movies, Suzanne Collins, The Hunger Games, YA, YA fiction