SPOTLIGHT ON ... TO CATCH A PRINCESS BY CARIDAD PINEIRA & GREAT GIVEAWAY 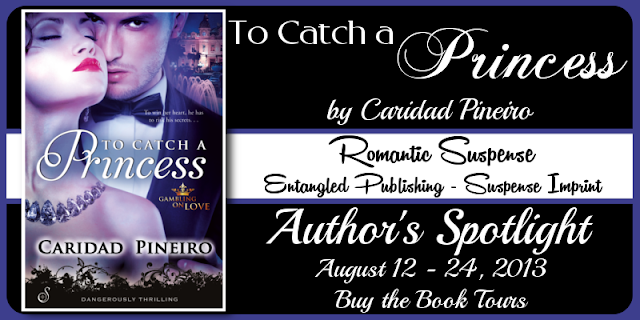 New York Times and USA Today bestselling paranormal and romantic suspense author Caridad Pineiro wrote her first novel in the fifth grade when her teacher assigned a project – to write a book for a class lending library. Bitten by the writing bug, Caridad continued with her passion for the written word and in 1999, Caridad’s first novel was released. Over a decade later, Caridad is the author of more than thirty published novels and novellas. When not writing, Caridad is an attorney, wife and mother to an aspiring writer and fashionista.

About To Catch a Princess

Untold wealth, a loving family, a solid career in America: the only thing Princess Tatiana lacks is the one thing she really doesn’t want—a husband. Unfortunately, her parents have just arranged her marriage to a royal from the old country. Are they kidding? It’s the twenty-first century!


Police Detective Peter Roman is a royal living incognito … and escaping a secret that has haunted his family for years. He’s been quietly in love with his best friend Prince Alexander’s sister for as long as he can remember. Little does she know that he is secretly the Grand Duke to whom she is unwillingly betrothed…
When a series of high-end jewelry heists threatens Tatiana’s exclusive charity exhibition in glamorous Monaco, the two must trap the clever jewel thief before he strikes again. In a fight for their lives, Peter’s secret identity is revealed. With danger and passion increasing to the breaking point, she must decide: catch a thief…or trust the heart of her true love. 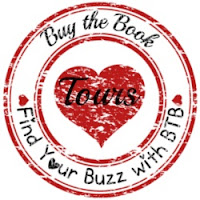 Tatiana opened the incoming message and tapped to open the picture that was attached.  She made it full screen and shared it with Peter.
“It’s a girl,” she said happily and grinned with joy for her brother and sister-in-law.
“Beautiful,” he said, surprising her. It was not the word she would have used to describe the messy baby still covered in who knew what goo.
But as she met his gaze, it hit her.
He hadn’t been talking about the baby.
“Does that line work on all your women?” she said, losing some of the brightness of the moment. He chuckled and shook his head. “All my women? Do you think I’m a player or what?”
“A man who looks like you—”
“Now who’s giving me a line?” he jumped in, tossing her own words back at her. But the sexy grin on his face took the sting out of what would otherwise have been a dis.
“—and has that whole bad-boy-don’t-give-a-damn—” she continued without pause until he laid a finger on her lips to silence her.
“I do give a damn, Tatochka. A lot. Especially when it comes to people I care about.”
The touch of that one digit was potent as any caress, especially when coupled with the intense way he gazed at her, his golden green eyes darkening with emotion.
Unnerved, she eased away and tried to re-establish the lighter mood they had been experiencing earlier. Raising her smartphone again to pull up the second picture Alexander sent, this one of Kathleen and him holding the baby, she said, “They make a beautiful family don’t they?”
Peter nodded and smiled. “They do. I’m glad fate brought Alexander and Kathleen together.”
“Fate? I would have thought a logical type like you wouldn’t put much store in fate.”
Peter shrugged and held out the bag with the last of the nuts. “Logic only explains so much, Tatiana.”
She should know better than to ask, but something about him just made it impossible to hold back. “So what do you think fate has planned for us?”
He grinned and shrugged nonchalantly once more to hide what she suspected was a well of deep emotions. “You know what they say about plans?”
“No, what do they say?”
“God laughs at men who make plans. So I guess we’ll just have to wing it.”

They sound like a fun and clever couple. I'm curious how they will work together to find the thief. Congratulations on your new book!
~ junewilliams7

Thank you so much for coming by! I do plan on doing at least one other book with the Ivanov clan!

Shared as much as I could for you Caridad. It does sound like an intriguing story.