AT THE THEATRE - THE TWELFTH NIGHT, OR WHAT YOU WILL (LA DODICESIMA NOTTE) 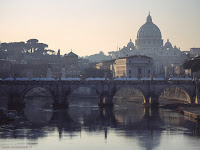 Going to Rome , just one hour's drive from home, and walking around as a tourist, spending time with good friends or going to the theatre can be activities for a great weekend schedule, don't you agree? Well, it isn't  a schedule but what I did in the last couple of days. And it was great! It often happens and I must do it again: I must thank my very good friend K/V for being the generous,  incredible  host-lady she is and for making all that happen!
Now, to the main topic of my blogpost which  is not praising my friends' virtues - which are many! - but to tell you about the play we saw at The Globe in Rome, La dodicesima notte  (The Twelfth Night),  by William Shakespeare. 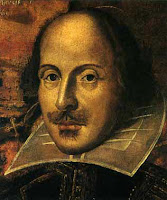 Maybe you remember the last scene of Shakespeare in Love  with Viola, surviving a shipwreck and walking ashore in a endless desert  sandy area. This is the beginning of The Twelfth Night.  Viola is in  Illyria, and immediately embarks on a gambit to allow her to make her way in a world of men. Dressed as a man, Viola, now Cesario, insinuates herself into the service of the Duke of Illyria, Orsino. Orsino longs for the love of a neighbouring countess, Olivia , who as she is in mourning for the death of her brother, repels his advances. When Cesario (Viola) undertakes Orsino's bidding and gains admittance to Olivia's chamber, she becomes infatuated with the messenger. Viola (Cesario) then falls in love with Orsino. To add to the farce Viola's (Cesario) identical twin, Sebastian arrives on the scene. Sebastian has also survived the shipwreck, although Viola thinks he has drowned.
Sebastian has been rescued by a sea captain, Antonio. But Sebastian is sad, for he believes his twin sister has drowned. The kindly Antonio gives him money to get along in Illyria but remains behind for the time being because the Illyrians think he is a pirate. 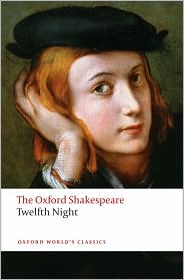 Living in Olivia’s household is her uncle, Sir Toby Belch, a merry character. Belch pretends to promote Sir Andrew Aguecheek as Olivia’s rightful suitor. Belch just wants to use Aguecheeck' money. The steward of the household is the conceited Malvolio. Late one night Belch, Aguecheek and Olivia’s jester, Feste, are drinking and singing as they often do. Olivia's handmaiden, Maria tries to quieten them but they take no notice. Malvolio catches them and blames Maria for allowing them to behave so badly in Olivia's house. Maria and the others plan to gets their own back by forging a love letter from Olivia to Malvolio.
More confusion ensues with jealousy, mistaken Identity and fights and duels. Sebastian and Olivia fall in love and marry. Orsino realises that it is Viola that he loves and she agrees to marry him. Sir Toby Belch and Maria also decide to marry! Twelfth Night ends: everyone, except Malvolio, is happy and Shakespeare speaks of the madness of love.
About the play

Shakespeare wrote Twelfth Night near the middle of his career, probably in the year 1601. Most critics consider it one of his greatest comedies, along with plays such as As You Like It, Much Ado About Nothing, and A Midsummer Night’s Dream. Twelfth Night is about illusion, deception, disguises, madness, and the extraordinary things that love will cause us to do.
Twelfth Night is the only one of Shakespeare’s plays to have an alternative title: the play is actually called Twelfth Night, or What You Will. Critics are divided over what the two titles mean, but “Twelfth Night” is usually considered to be a reference to Epiphany, or the twelfth night of the Christmas celebration (January 6). In Shakespeare’s day, this holiday was celebrated as a festival in which everything was turned upside down—much like the upside-down, chaotic world of Illyria in the play. 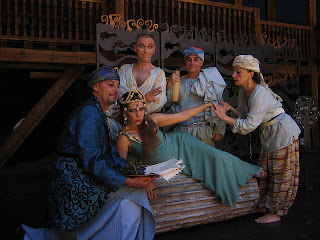 Twelfth Night is one of Shakespeare’s so-called transvestite comedies, a category that also includes As You Like It and The Merchant of Venice. These plays feature female protagonists who, for one reason or another, have to disguise themselves as young men. It is important to remember that in Shakespeare’s day, all of the parts were played by men, so Viola would actually have been a male pretending to be a female pretending to be a male. Contemporary critics have found a great deal of interest in the homoerotic implications of these plays.
As is the case with most of Shakespeare’s plays, the story ofTwelfth Night is derived from other sources. In particular, Shakespeare seems to have consulted an Italian play from the 1530s entitledGl’Ingannati,which features twins who are mistaken for each other and contains a version of the Viola-Olivia-Orsino love triangle in Twelfth Night. He also seems to have used a1581 English story entitled “Apollonius and Silla,” by Barnabe Riche, which mirrors the plot of Twelfth Night up to a point, with a shipwreck, a pair of twins, and a woman disguised as a man. A number of sources have been suggested for the Malvolio subplot, but none of them is very convincing. Sir Toby, Maria, and the luckless steward seem to have sprung largely from Shakespeare’s own imagination.
The staging and the cast


This comedy is not pure entertainment but it is also a highly melancholic reflection on love and life, appearence and reality. ... "what you will" ... This staging immediately underlines the madness of love: Orsino declares he is dying for love for Olivia - who rejects him - making love to another woman,  a young beautiful servant. Is he actually dying for love for beautiful Olivia?  The melancholy of  the contradictions and illusions is underlined  by sweet melancholic music: nothing is ever exactly what it looks like. There are no certainties. Viola is not Cesario, Cesario is not Sebastiano, Orsino is not really in love with Olivia but with the idea of love, Sebastiano and Viola are not dead, Olivia is not in love with a beautiful young man but with a woman disguised as a man. Malvolio is not mad, we are all aware of that, and his defeat is the defeat of reality not simply of despising pride.
Feste's jokes and puns, Sir Toby and Maria's tricks are meant to make the audience laugh - and they do! -  but at the same time the audience  are  revealed bittersweet messagges, the inevitable reality behind lightness.
This staging aims at conveying the magic atmosphere of a fairy-tale using the charm of  Arabic costumes and environments, love is not idealized but  mocked at and often brought back to its erotic, sensuous, earthly connotations. A Shakespearean One Thousand and One Nights.


P.S. Carlo Ragone was the real spotlight chaser of the staging of Much Ado about Nothing (Tanto rumore per nulla) I saw last summer at The Globe in Rome. So we had great expectations for his Orsino. Maybe the romantic lead is not the fittest of the roles for him? I didn't mind his dark sensuous Duke , but as Balthazar last year he was irresistible!


Related articles
Posted by Maria Grazia at Sunday, August 21, 2011
Email ThisBlogThis!Share to TwitterShare to FacebookShare to Pinterest
Labels: At the theatre, Shakespeare