RA-NDOM THOUGHTS: THE FLIRTY GIRTY BLOKE AND OUR PATIENCE ( A VIDEO ) 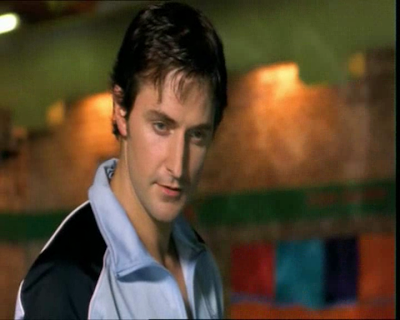 These days,  I've been working on a video collage (see video at the end of this post) for my very special friend K/V. My task? To re-watch the various episodes of Cold Feet 2003, cut all the scenes with Richard Armitage and put them all together, one after another with no interruption nor distraction, in one video. Richard's whole work in the six episodes lasts 16 minutes and 26 seconds! If you, like me and K/V,  haven't got the patience to watch and wait for the bits with RA, this video is for you too!
Richard looks younger, you'll notice that his charm and acting skills  have pretty much grown in time,  but his Lee Richards is worth - really worth - watching if you haven't done it so far. 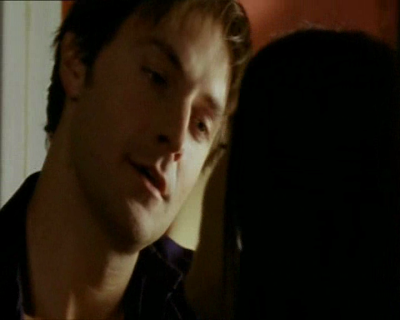 In this 2003 ITV series, in fact, after playing John Standring in Sparkhouse, Richard Armitage plays Lee Richards , a 'flirty-girty' lifeguard who has an affair with Ramona, a nanny.
But it's a difficult relationship because he tends to woo all the good-looking women he happens to meet at the health club where he works and Ramona is terribly jealous.
I've found several curious anecdotes about this early TV experience in Richard's career on Annette's site, RichardArmitageOnline 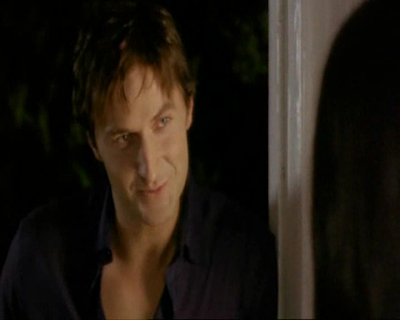 Anecdote 1
Richard Armitage said he landed the role after the producer took a shine to his boots at the audition. 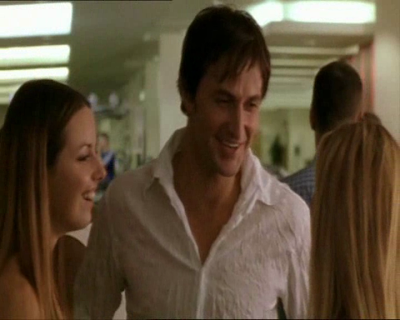 "They were the cheapest, nastiest brown £35 boots from Barratts, but the producer really liked them. They saved my audition because I was nervous as hell. When they handed me the script at the door, the first thing I saw was 'and he took off his top to reveal perfect abs'. I spent the whole time in agony, convinced they were going to make me strip and throw me out the door". 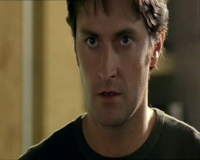 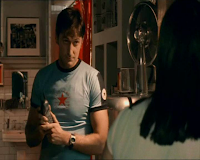 Lee teaches aquarobics at the health club that Karen belongs to. Karen is played by Hermione Norris (Ros in Spooks) and Ramona is Karen's child's nanny.  The Club is where Ramona first meets him.


"Since I'm supposed to teach aquarobics in the show, I thought I'd better see what it was all about. I can honestly say it was the most embarrassing thing I've ever done. I went with a female friend. There was me - a six foot two bloke - with all these women. They were all up to their waists in water. On me it barely reached my thighs."

But in reality, he has a fear of deep water. "One of my earliest memories is of falling into my neighbour's pond in my pushchair. I was under the water for quite a while. Ever since, I've had a problem with deep, dark water." Luckily, during the course of the series Lee only appears in the water in one scene.


His first day of filming the series was almost as nerve-wracking as the audition. 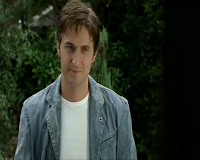 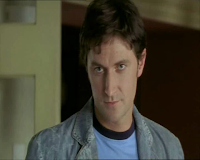 "The first shot of my first scene was of me lying on top of Jacey [Ramona]. I had only met the girl 10 minutes earlier. Even I normally take longer than that to get a result.
Even worse, I couldn't hear a word the director was saying because Jacey played a trick on me. She came up to me with a little bottle of breath freshener in her hand - one of the tricks of the trade - and told me to open my mouth.
Instead, she sprayed it in my ear so for half an hour I was deaf. I was lucky I wasn't sacked from the start."

Now, if you've got some spare time , here's the video collage I've just uploaded on my youtube channel.  16 minutes and 26 seconds of Richard Armitage playing the gorgeous cheeky rascal, Lee Richards. Believe me, better not to trust his charming looks. You'll feel the urge to slap him in his face but you'll be irresistably wishing to kiss him at the same time! Well, you're warned. Now you can watch. Beware of the risks.


Thanks to www.richardarmitageonline.com for all the info and anecdotes

Thank you MG for this lovely present :)
From now on I'll watch this charming 'rascal' (although I'd use a different kind of name ;) more often, thanks to your dedicated collage!
Loved to read Richard's comments from Annette's site: "Even I normally take longer than that to get a result" LOL!
xx K/V

Thanks so much for this Maria! You're a saviour in this terrible RA drought. I've seen him in the series and I agree with you, it takes a lot of FF to watch his few scenes. So this fantastic idea of yours to compile all the scenes in one video is the perfect treat for this Easter break :)
Enjoy your Easter Holidays! xx

@K/V and Summer
You're both very welcome! Working on this video, as you can imagine, has been such a pleasant job.
Happy Easter Holidays to you!

Never seen Cold Feet, was delighted when Hermione popped up. The acting has certainly gained depth and quality as time has gone on.

Wonderful post! I love those anecdotes! I had heard about his fear of dark water but never the story of what had happened to trigger it. You can see that he is not comfortable in water. The scene where he is in the pool with his friends he keeps blinking the water out of his face, and it is not how a lifeguard would be in the water. (And THAT is the one of the very few criticisms of his acting that I will ever find!) It just shows how deep-rooted that fear must be. I hope he can work on that because it is so sad to be afraid of water. (I love it so much!)

@Mesmered @Phylly3
He is lovely in these scenes but, as I wrote in the post, and you noticed too, he's much improved in many aspects in time. As for his fear of water, I can understand him completely. This is why I never dive or swim though I love the sea immensely - or the idea of lying in the sun on a beach and watch the sea. Can you imagine how torturous it must have been to him to shoot the waterboarding scenes in Spooks and Strike Back? And what about the scene in a submarine in deep water in Captain America? He's fighting against his fear, that's obvious.
Thanks for sharing your thoughts here. Have a nice Easter weekend!

Thanks Maria. I have never seen Cold Feet either. Thanks also for the anecdotes - I hadn't heard the one about the boots :)

Lovely post Maria. I particularly like the way you have extracted Richard's comments from interviews and put them into context as anecdotes.

@mulubinba & kaprekar
As I wrote at the end of the post, we must thank Annette and her site. All these materials were taken from there. Thanks for dropping by and appreciating. Happy Easter weekend to you both!

Hi Maria, great to see RA in his early actings and the anecdotes, lol. The man really improves as the years passes by, body and skills.
Love your blog, was the first I followed since I discovered Mr.A six months ago. It's amazing being part of this "sisterhood" so talented (RA fandom).
Sorry about my bad English. ;)
Greetings from Brazil
Aldebaran

@Aldebaran
Hello, Aldebaran! Your English is not bad at all and, remember, I'm Italian! English is a foreign language to me, too. Glad you like my blog, you'll be welcome each time you drop by and feel like commenting and contributing your thoughts. Ciao! MG