A new wave of Italian crime fiction is hitting the UK. What is there about Italian contemporary crime fiction which makes it so popular in the UK and the English-speaking world?  I am reading this interesting article about how popular Italian crime fiction writers are in the English-speaking market. It is an interview with English translator Howard Curtis, who specialises in translating Italian crime writers into English (from Speak Up Magazine)
Italians like this genre because crime writers tell the truth and readers are looking at the truth of their society. Maybe they look for the truth in these books because they get a lot of lies or misconceptions from their media or from their press and you can't always know exactly what's true and what's false. Crime writers usually dig deep into society to search for the truth.

The most popular Italian crime writers translated into English
They have first - hand experience of the words they portray, as judges, policemen and... convicts!
Giancarlo Carofiglio - A former antimafia prosecutor in Bari, in the 1990s he travelled with a police escort in an armoured car for his safety.


Michele Giuttari - Like his main character, Ferrara, Giuttari worked as head of the Squadra Mobile in Florence before becoming a crime writer
Giancarlo De Cataldo - A judge in Rome for many years, he's become hugely popular for his Romanzo Criminale , made into a successful film by Michele Placido.
Massimo Carlotto - Wrongly convicted of murder in 1976, Carlotto became a fugitive in Mexico before returning to Italy, where he was imprisoned and finally pardoned in 1993.
In an interesting 2008 article in Il Manifesto, he established a connection between crises in Italian crime writing and attempt to define a new narrative, the so-called New Italian Epic.
A maestro of the genre is, of course, Andrea Camilleri with his Montalbano series. All these new names are, somehow, indebted to his mastery.

The hard task of translating 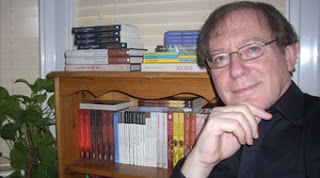 As I was saying at the beginning, this post of mine, comes from my reading/listening to this interview with Howard Curtis, translator. I've always been fascinated by the job of translating books from a language into another, which is quite a hard task. Howard Curtis agrees with me - well, better to say, I agree with him, since he's the expert! But, he says, translating Italian crime fiction is even more difficult. The writers, in fact, use a lot of local dialect (Sicilian can be very challenging to an Italian - speaker!) and, also, the British and Italian legal systems are very different. Then, he has to cope with challenges like explaining to an English reader the difference between the police and the Carabinieri, or finding the right translation for police ranks. I don't envy him, though my dream job, coming out from university with a degree in Foreign Languages and Literatures,  was to become a book translator.
The Publishers
The UK market for Italian crime fiction is led by two independent London publishers :
Bitter Lemon Press - specializing in crime fiction from around the world, in 2008 they published Crimini, a collection of Italian noir. They also publish Carofiglio's books in the UK.
Hersilia Press - a new publisher focusing on Italian crime fiction. They have published Inspector's Cataldo Criminal Summer by Luigi Guicciardi and Blood Sisters, the first book in the "Anna Pavesi" trilogy by Alessandro Perissinotto. 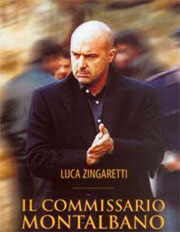 Back to my opening question, what is it that makes Italian crime fiction appealing to the British and to English-speaking people all over the world?  Honestly, since I know that that is the fictionalised reality of how things actually work in my poor beautiful country, I tend to escape into more optimistic worlds and stories and prefer reading/watching very different stuff. I never miss an episode of Inspector Montalbano TV series,  though. And , I wonder, how do they translate the hilarious comical Sicilian lines of the characters there? (The newest DVD set HERE)
Posted by Maria Grazia at Wednesday, April 27, 2011
Email ThisBlogThis!Share to TwitterShare to FacebookShare to Pinterest
Labels: Books, Welcome to Italy

Ok, apparently crime mistery isn't the favourite genre of your average blog reader, MG :)
I enjoy a good mystery every now and then, no matter what country it comes from, provided it's well written (or well translated ;)
K/V

@K/V
Never mind, K/V. Unfortunately I'm pretty much used to being minority. It's my strength, I think. Guess what, one of my most heartfelt posts recently got 0 comments. But I was really proud of writing it. It was something I really wanted to write about :)
Thanks for you support, anyhow!