For this event hosted by Jenny at TakeMeAway , this time I've chosen a beautiful novel I've been recently thinking about since I  re-read  MRS DALLOWAY by Virginia Woolf with my students. THE HOURS by Michael Cunningham is just dedicated to Woolf and her 1925 novel.
Throwback Thursday is a corner to write about good reads from the past. Those books we so much loved and we don't want to forget .

Passionate, profound, and deeply moving, this novel is Cunningham's most remarkable achievement to date, Winner of the Pulitzer Prize for Fiction and the PEN/Faulkner Award. To me it is one the most beautiful and unforgettable reads of the last 10 years. 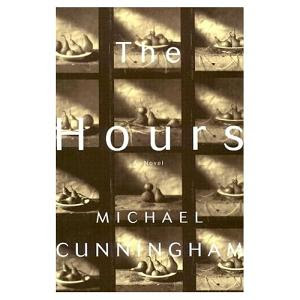 Michael Cunningham, widely praised as one of the most gifted writers of his generation, draws inventively on the life and work of Virginia Woolf to tell the stories of three different women: Wirginia Woolf herself in the last days of her life before her suicide early in WWII, coping with the troubled writing of her “Mrs Dalloway”; Clarissa Vaughan , an editor living in today New York city , caught in her attempt to organize a party for Richard, her most loved friend and ex-lover who is dying from AIDS; finally, Laura Brown a housewife living in California in the years soon after the War, who dreams to escape her boring ordinary life at least for one day, one day only ...What is the link between the three women? Apparently a very subtle thread: Virginia is writing Mrs Dalloway , whose name is Clarissa like Mrs Vaughan living in today’s New York city, which is also the book Laura takes with her in her brief escape from her world. But the reader will discover deeper connections page after page, till the final surprising revelation . 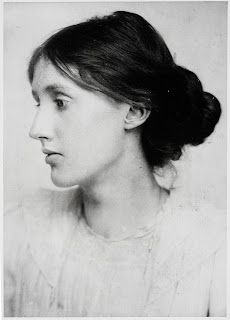 This novel is Cunningham’s homage to Woolf’s great talent and what I most admired in his style was the capacity to tell the three stories into one recalling Woolf’s indirect interior monologue, very often recalling/quoting her Mrs Dalloway.
Only literature can give sense to our confused, slanting lives. Moreover, literature is the mirror in which life reflecting its image succeeds for an instance to tell about itself. Woolf’s moments of beings are in Cunningham, too. Revelations of life itself.
You can understand how poignantly beautiful this novel is just tasting its Prologue. Three pages I love re-reading from time to time. Do it yourself, here.
Trivia 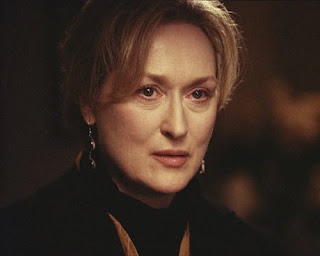 - On her way to Richard's apartment, Clarissa Vaughan thinks she sees Meryl Streep. Meryl Streep ended up playing Clarissa Vaughan in Stephen Daldry's movie adaptation of "The Hours". In the book, Clarissa Vaughan considers it might also have been Vanessa Redgrave that she saw. Curiously, Redgrave plays the part of Clarissa Dalloway in the 1997 film version of Mrs Dalloway.
- Mrs. Brown is a character in Virginia Woolf's essay, "Mr. Bennett and Mrs. Brown".
- Two anachronisms are presented by Cunningham in his book. The first is on page 30 (1998 edition) where he writes of Virginia Woolf, "She rises from her bed and goes into the bathroom." Hogarth House was built in 1720 and in 1923, it did not have a bathroom, only an outhouse. The second is on p. 43 where Mrs. Brown in 1949 sees "beside the roses stand cereal box and milk carton..." Although Lucerne Dairy did have milk cartons in 1938, they did not come into common use until the 1960s. These are both corrected in the film Woolf is depicted using a ewer and basin to wash in the morning, and the Browns have milk in a bottle. 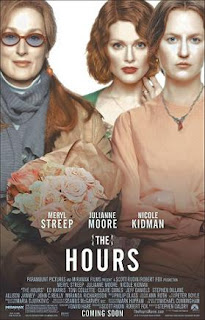 After reading the novel, I suggest you to watch the movie (2002) .
It’s actually worth seeing!
Posted by Maria Grazia at Thursday, June 17, 2010
Email ThisBlogThis!Share to TwitterShare to FacebookShare to Pinterest
Labels: Books, From Books to Movies, From my bookshelf, Throwback Thursday

Hello Maria!
Your review is very interesting! I read The Hours some years ago, after my watching the movie. I actually fell in love with the story through the movie and I fell in love with the book then. Although the obsession about the bisexuality of Clarissa Vaughan (bisexual with only homo/bisexual friends and homo/bisexual children) disturbed me for it seems a little caricatural, even if the author knows whereof he deals with (however, this is not the point of the book).
The movie honours the book. And The Hours is a great tribute to Virginia Woolf's work.
Thank you for your post, which reminds me of great reading!

@Marie
Hi, Marie, and welcome! Thanks for dropping by and commenting.I liked the book more than the movie, actually (but I read it before), though the lead actresses were great. MG

I dind't read the book but I saw the movie when it came out. I wasn't blown away by it, although I liked Maryl Streep very much in it. That's why I decided not to read the book. But after your review, MG, I might reconsider...Thanks for this. Ciao. A.

@lunarossa
I loved reading the book and just liked watching the film. Cunningham's narrative technique is a very special homage to Virginia Woolf. So, you see, it was not just the story, the plot. I think you should read this book, A. and then we can compare. Un abbraccio. MG