AUTUMN AT THE MOVIES WILL BE BY THE BOOK 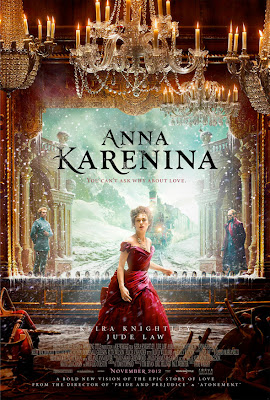 Do you have the slightest idea how much I love screen adaptations of the classics? Maybe, if you've been reading FLY HIGH! for a while. Well, the next season at the movies will make me and many other fans very happy with a few interesting titles: Anna Karenina, On The Road, Great Expectations.


The story unfolds in its original late-19th-century Russia high-society setting and powerfully explores the capacity for love of human heart, from the passion between adulterers to the bond between a mother and her children.
The upcoming film will deliver modern audiences  a new vision of the touching classic story already adapted for the screen on many different occasions (see imbd Adaptations of Anna Karenina)  and Keira Knightley will have to compete with names such as Greta Garbo (1927), Vivien Leigh (1948) , Jaqueline Bisset  (1985) and Sophie Marceau (1997) for the prize of best Anna Karenina. (Release dates in other countries) 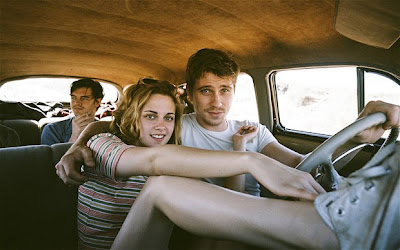 On the Road (1957) by Jack Kerouc  is considered one of the classics of the 20th century . It gave voice to a rising, dissatisfied fringe of the young generation of the late forties and early fifties. It was after the Great Depression and World War II and more than a decade before the Civil Rights movement and the turmoil of the '60s. Dean Moriarty and Sal Paradise, the two young protagonists,  are the emblems of the Beat Generation.Their feelings, ideas, and experiences in the novel are still remarkably fresh as expressions of restless, idealistic youth who yearn for something more than the bland conformity of a generally prosperous society. Their search for "It" results in a fast paced, energetic roller coaster ride with highs and lows throughout the U.S.
On the Road has been adapted for the screen by Jose Rivera (screenplay) and Walter Salles (director) and Francis Ford Coppola (producer). The movie was presented at Cannes Festival in May 2012 (review) and has been already released in several countries. It will be out in Italy and UK in October and only in December in the USA.
In the cast Kristen Stewart (MaryLou), Garrett Hedlund (Dean Moriarty), Sam Riley (Sal Paradise) and Viggo Mortensen (Old  Bull Lee)  (Release dates) 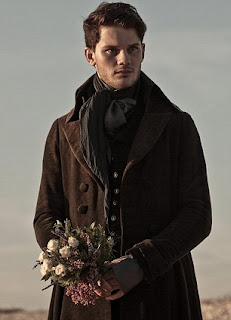 In the year of Charles Dickens's bicentenary (1812 -2012), a new adaptation of his Great Expectations. Like Anna Karenina, this classic novel has had numerous screen versions over the years, and the upcoming movie starring Helena Bonham-Carter (Miss Havisham),  Ralph Fiennes (Magwitch), Jeremy Irvine (Pip) and Holliday Granger (Estella) is the second 2012 adaptation after  the beautiful BBC TV drama broadcast in January.
The story of  Pip, the humble orphan who suddenly becomes a gentleman with the help of an unknown benefactor, is one of my favourite Dickens novel but ... another movie? It'll be the fourth adaptation of the same novel I see in a couple of years, but I won't miss it.
Though not considered as autobiographical as David Copperfield, which he had published some ten years earlier, the character of Pip in Great Expectations represented a Dickens who had learned some hard lessons in his later life. Especially strong throughout the novel are the concepts of fraternal and romantic love, how society thwarts them, how a man should find them. Dickens had left his wife at that time and there were rumours of an affair with a young actress, Ellen Ternan. Strange enough, Ralph Fiennes will also star as Charles Dickens in a new  biographical film (coming out in 2013) based on Claire Tomalin's book, The Invisible Woman, dealing with the writer's secret affair with the young actress.
Great Expectations directed by Mike Newell, will be presented in September at Toronto Film Festival.
(Release dates)

I can't wait for all of these. Thank goodness my addiction to period drama is being fed so well. Glad to have company!!!!