SUMMER TIME! CATCHING UP WITH WHAT I MISSED: MOVIES 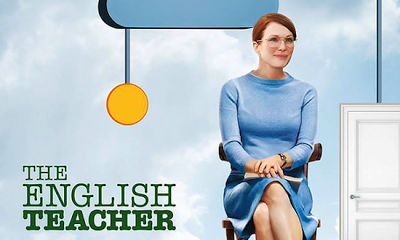 The English Teacher (2013) - I know it may sound crazy, but I really like watching movies (and reading books)  about school and teachers. As if I haven't got enough in real life!  But I was punished this time,  and  as eager as I was before seeing this film starring Julianne Moore, Michael Angarano, Greg Kinnear and  Lily Collins,  I was pretty disappointed after I managed to do it.

I wanted to like it and forget its weak, ill-conceived script. Only it really was rather inconsistent and unconvincing with its feeble plot and unrelatable  (at least to me) characters. However, strangely enough, I have to recognize the cast delivered quite sharp performances. For instance,  Julianne Moore tried her best, with both charms and talents, but the story-line and the hardly funny situations didn't help her in the effort. The same is for the rest of the cast, they were not bad at all,  it was what they were given to perform which was rather poor. 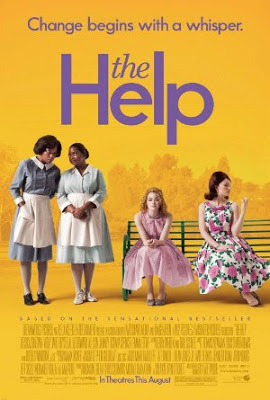 Directed by Craig Zisk,  the film tells the story of Linda Sinclair, a high school English teacher in Kingston, Pennsylvania. She is passionate about literature and teaching, (like me!) she's popular with her students, (no comment)  but lives alone (unlike me!),  leading a very simple life (yeah, me too) . When her former pupil Jason Sherwood  returns after failing as a playwright, Linda convinces him to produce his play in their college. Jason's overbearing father, Dr. Tom Sherwood , wishes him to attend law school instead. Trying to help her former student, Linda  finds herself involved in big troubles.
My favourite feature in the film: the voiceover commenting the action with an ironically Austenesque tone. 3 out of 5 stars.

The Help (2011) Impossible not to love this movie, no matter if you have or haven't read the book. It's a great moving story of ordinary women,  who become extraordinary thanks to their bravery and to their talent at writing and  telling stories. Words that change the world, revolutionary weapons. Skeeter (Emma Stone),  a young white journalist aspiring to become a writer and  two African-American maids (Viola Davis and Octavia Spencer) decide to write a book exposing the hypocrisy, racism and cruelty of the wealthy white community living in Jackson, Mississipi. In the Civil Rights Era, these three women  face hardship and  ostracism  in their fight for justice and equality.  Sisterhood and friendship beyond racial prejudices.
In 2012 Viola Davis won a well deserved Academy Award for her performance as Aibileen Clark in this film. 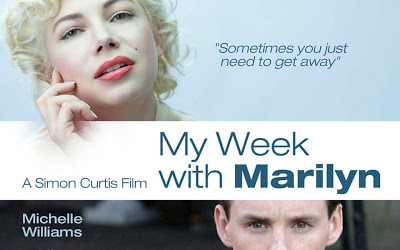 The book, published in 2009,  was  American author Kathryn Stockett's debut work  It took her five years to complete and was rejected by 60 literary agents before agent Susan Ramer agreed to represent Stockett. It has since then been published in 35 countries and 3 languages. Glad I came to see the film, at least.
5 stars out of 5.

This is another lovely movie, highly acclaimed when it came out. I simply loved it for its awesome cast and its in-depth portrait of the unforgettable, unique Marilyn,  and the greatest British actor, Sir Laurence Olivier.    The characterization and the performances are so touching,  so respectful, so delicate.
This  is the adaptation of a book, an autobiographical one,  "The Prince, The Showgirl and Me",  written by  Colin Clark,  an employee of Sir Laurence Olivier who happened to have a very intense brief encounter with Marilyn Monroe,  when she spent some time in England to shoot "The Prince and The Showgirl".
The declining mature star, melancholic and envious of the incredible natural talent of the young rising star, his total admiration for her stunning beauty and the magic she could work on any man,  the mesmer and spells that,  unwillingly,  she cast. Sir Olivier and Marilyn,  both fundamentally unhappy: he for his fear of losing his fame and the love of his audience with old age, she for her frailty, her longing for being loved and accepted, her fears and her obsessions. Kenneth Branagh and Michelle Williams are awesome in their performances, just  as Eddie Redmayne is sweet and touching in his role. He is the protagonist and the narrator: Colin Clark, an ordinary man blessed and lucky enough to become Marilyn's favourite companion for a week. Marilyn, seen through his eyes,  becomes a moving, fragile, beautiful woman who just needs to be loved. The cast includes Judi Dench, Julia Ormond, Toby Jones, Simon Russel Beale, Jim Carter, Miranda Raison, Emma Watson, Dominic Cooper and Derek Jakobi. How could I miss it ? 5 stars out of 5. 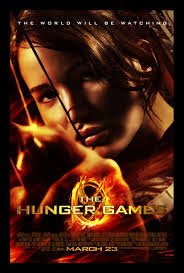 I started watching this film with some reticence and  a few prejudices due to what I had heard about both the books and the movie.  I honestly went on watching with interest and finding it thought - provoking if not a masterpiece. I went on thinking of it as a metaphor and comparing it to terrible dystopian books I've read and taught in all these past years. Books like Lord of the Flies by William Golding. Have you ever read it? The protagonists are kids, brutal and violent kids living in a desert island after a plane-wreck. Or I thought of Burgess's A Clockwork Orange and its incredibly violent, pitiless young protagonists. At least, here in this book/movie the protagonists are actually victims of grown-up people's pitiless schemes. The young heroine, Katniss Everdeen,  and her mate, Peeta Mellark,  don't accept to become pitiless and they hold on to great values. They believe in loyalty, solidarity, love. The real brutal ones are the adults who force them to take part in their horrible "hunger games" and watch them kill each other in a reality TV shows. It can really be a metaphor of the awful world we adults have made up for our children, which is so competitive, aggressive, materialistic and vain. But do they still believe in love and good values? I really think so. I know many teenagers. They are quite disoriented by the schizophrenic messages they got from those who are supposed to educate them, like parents and teachers, in other worlds adults.  Young people don't have an easy task when they look around for great  models. I wouldn't ban The Hunger Games from young people's shelves, maybe I'd like to read and discuss books and movie with them. As for the cast, Jennifer Lawrence is a very promising young actress. 4 stars out of 5.
Posted by Maria Grazia at Friday, June 28, 2013
Email ThisBlogThis!Share to TwitterShare to FacebookShare to Pinterest
Labels: Hunger Games, Movies, My Week with Marilyn, The English Teacher, The Help, The Hunger Games

I haven't seen any of these! But I read The Help and really loved it. I had a fixation with Marilyn Monroe in my twenties. I should go see that, too. It's always easier for me to read than watch a film around my house.

I have found this article on Jane Austen. I think it deserves your attention. I think that Jane deserves to be put on a stamp.

The author of the article doesn't understand Jane, unfortunately.