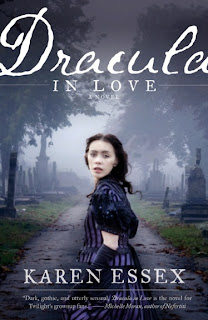 London, 1890. Mina Murray Harker, the rosy-cheeked, quintessentially pure Victorian heroine, becomes Count Dracula’s object of desire. To preserve her chastity, five male “defenders” rush in to rescue her from the vampire’s evil clutches. This is the story we have been told. But now, from Mina’s own pen, we discover a tale more sensual, more devious, and more enthralling than the Victorians could have ever imagined. From the shadowy banks of the river Thames to the wild and windswept Yorkshire coast, Mina vividly recounts the intimate details of what really transpired between her and the Count—the joys and terrors of a passionate affair, as well as her rebellion against her own frightening preternatural powers.

Dracula in Love has been won by susied!!!

Buy it at Amazon.com as a paperback or kindle
(see Karen Essex's guestpost) 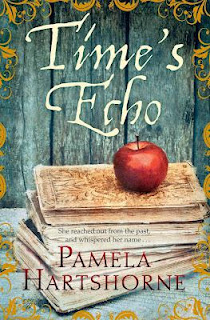 York , 1577: Hawise Aske smiles at a stranger in the market, and sets in train a story of obsession and sibling jealousy, of love and hate and warped desire. Drowned as a witch, Hawise pays a high price for that smile, but for a girl like her in Elizabethan York, there is nowhere to go and nowhere to hide. Four and a half centuries later, Grace Trewe, who has travelled the world, is trying to outrun the memories of being caught up in the Boxing Day tsunami. Her stay in York is meant to be a brief one. But in York Grace discovers that time can twist and turn in ways she never imagined. Drawn inexorably into Hawise’s life, Grace finds that this time she cannot move on. Will she too be engulfed in the power of the past?

The signed paperback copy of Time's Echo goes to Tanja !!!

Read my author interview  & my review
Buy your copy at Amazon Kindle Store or Amazon.com 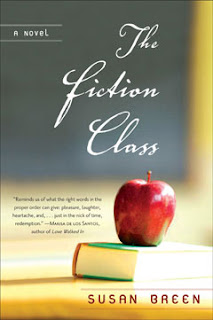 Susan Breen, The Fiction Class - On paper, Arabella Hicks seems more than qualified to teach her fiction class on the Upper West Side: she’s a writer herself; she’s passionate about books; she’s even named after the heroine in a Georgette Heyer novel.
On the other hand, she’s thirty-eight, single, and has been writing the same book for the last seven years. And she has been distracted recently: on the same day that Arabella teaches her class she also visits her mother in a nursing home outside the city. And every time they argue. Arabella wants the fighting to stop, but, as her mother puts it, “Just because we’re family, doesn’t mean we have to like each other.” When her class takes a surprising turn and her lessons start to spill over into her weekly visits, she suddenly finds she might be holding the key to her mother’s love and, dare she say it, her own inspiration. After all, as a lifelong lover of books, she knows the power of a good story.

The signed paperback copy has been won by Teddy!!!

Super-duper! Thanks a bunch!! How exciting :)