WHAT I HAVE BEEN WATCHING - AN EDUCATION: LESSONS OF LIFE 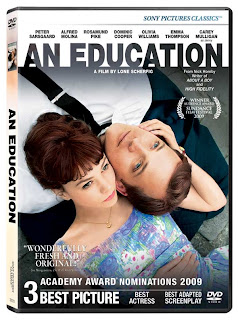 "I probably looked as wide-eyed, fresh, and artless as any other student...But I wasn't".
1. NICK HORNBY 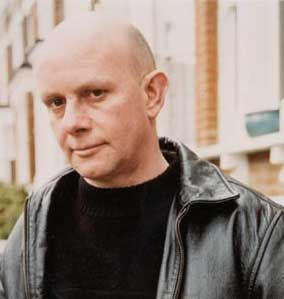 I love Nick Hornby and his humorous but careful outlook on life so, as soon as this movie was released I wanted to see it , since I had heard he had adapted Lynn Barber ’s memoir for the screen . Nick Hornby created the screenplay based on an autobiographical essay by the British journalist about her schoolgirl affair with  Simon Prewalski, known to her as Simon Green, which was published in the literary magazine Granta. Barber's full memoir, An Education, was not published in book form until June 2009, when filming had already been completed. Hornby said that what appealed to him in the memoir was that "She's a suburban girl who's frightened that she's going to get cut out of everything good that happens in the city. That, to me, is a big story in popular culture. It's the story of pretty much every rock 'n' roll band." Although the screenplay involved Hornby writing about a young teenage girl, he did not feel it was more challenging than writing any other character: "I think the moment you're writing about somebody who's not exactly you, then the challenge is all equal. I was glad that everyone around me on this movie was a woman so that they could watch me carefully. But I don't remember anyone saying to me, 'That isn't how women think".
Nick Hornby on An Education
Lynn Barber on making her memoir a film 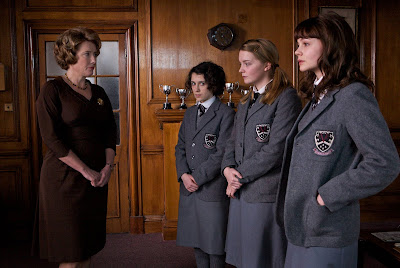 2. THE CAST OF FAMILIAR FACES

I had promised myself I wouldn’t miss it. So , I got the AN EDUCATION DVD and watched it. Also because I knew this film was crowded  of  familiar faces : Jane and Kitty  Bennet , aka Rosamunde Pike and Carey Mulligan (P&P 2005); Dominic Cooper ( Willoughby in S&S 2008 , The Duchess), Emma Thomson (unforgettable Elinor Dashwood 1995 & many more),  Sally Hawkins (Anne Elliot  in Persuasion 2007, Tipping the Velvet) , Olivia Williams (Jane Fairfax in Emma 1996, The Heart of me 2002, Jane Austen in Miss Austen Regrets) 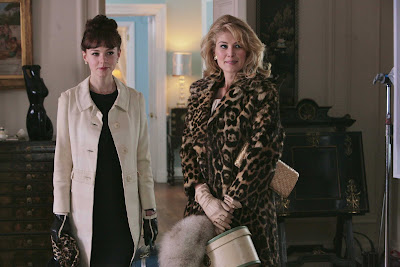 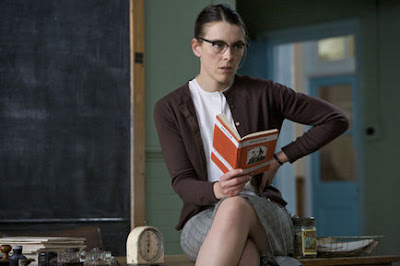 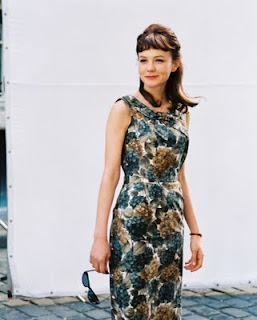 I loved watching this movie. It is a coming –of – age story set in the 60s. A  fascinating time in which so many people dreamt that to change the world was possible and devoted themselves and their energies to that goal. I was just born in those years and envy those who could live then as the young rebellious generation. Jenny is a rather conformist teenagers, instead, she wants to read English at Oxford and studies hard. But is that her dream or her family’s? Then she discovers life can be pleasure and fun when she meets mesmerizing , much older than her, David. Thanks to his persuasive charm, Jenny silences her conscience to what she sees and understands. She is inexperienced but not so naive. Everything turns out adventurous and exciting. Jenny is totally caught under David’s spell just like her parents. No one can resist that man’s charm … Dinners at the restaurants, wonderful concerts, trips to Oxford and Paris, night club, romantic nights, smart clothes, nice friends … that was  incredibly glamorous for a prim, middle-class , 17-year-old girl. She is very young and very inexperienced.  That’s her only fault. And  her bombastic father and  naive mother  do not help her at all…
As Nick Hornby himself said in an interview: We become other things, too, as well as wise: more articulate, more cynical, less naive, more or less forgiving, depending on how things have turned out for us. I bet Jenny has become a brilliant Oxford student and a much wiser woman , and much more...
Just like her real self, Lynn Barber, has become a successful talented journalist and writer. 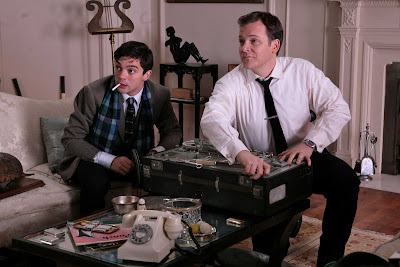 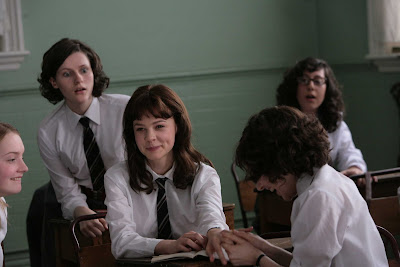 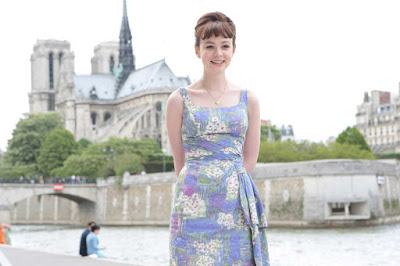 Got this but haven't watched it yet. Really looking forward to it - have had a crush on Carey Mulligan since she guest starred on Doctor Who. Seen trailers for it and it looks like a wonderful film, full of great actors.

So Rosamund Pike is a cellist? She could always get together with Richard Armitage and have a cello jamboree! :D

Glad you enjoyed this movie, I just loved it! And the soundtrack has become a favorite of mine.

I've watched this movie during an intercontinental flight, so maybe my opinion is influenced by the tiredness (and boredom), but despite the very good performances of the whole cast I felt a bit disappointed by it... can't say exactly why, though! Perhaps a bit obvious in the development of the 'plot'? Maybe I was expecting more, judging by the good publicity it got since it was out. I'm not a fan of CM, but I liked Rosamund Pike's character... in fact I like her much more, since I've seen her on stage a couple of years ago.
K

Hi MG, I like this film very much, but I'm bias as I like everything's got to do with Nick Hornby. I've got a "thing" for him and although he's clearly not a looker he is an amazing man! (do you know he's got a blog? http://nickhornby.campaignserver.co.uk) Anyway, in spite of all this I was a bit disappointed by the ending. If on your dvd you have a feature with deleted scenes, you can watch an alternative ending (or just a delete scene at the end)which I think would have more suitable and more explanatory. There are also other deleted scenes that would have been perfect inside the film. Alltogether, lovely, anyway. Ciao. A.

I haven't seen this as yet - slightly torn two ways about it, as I love Nick Hornby's writing but have always disliked Lynn Barber's. However, you make it sound well worth watching.:)

I also recently saw this film and enjoyed it. I liked the acting, the costumes and seeing so many familiar faces as you pointed out.

It's in the Netflix queue! Maybe I need to bump it up on the list so I get it sooner ...

Hi, I love the movie. Inspires a lot, for a girl. Girls shouldn't be crying for misery, instead fight for her dreams. I've put it in my blog also.