THE CLASSICS CIRCUIT - ALEXANDRE DUMAS ON TOUR - THE BLACK TULIP (1850)

“History is a novel written by the People” (Vigny)
This review is part of The Classics Circuit event for April and May 2010: Alexandre Dumas on Tour. 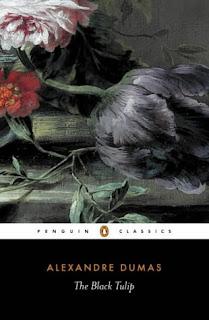 This is the story of a young man, Cornelius Van de Baerle, who was a wealthy philosopher and a tulip fancier who got imprisoned and wrongly condemned to death . This is also the story of  brave young  Rosa who helps illustrious convicts to escape from the prison her father is a jailer at, who falls in love at first sight with the handsome young man, Cornelius,  and fights to help him demonstrate his innocence, who learns to love “the dark beauty with a slender waist, small feet and a noble head” she is intead jealous of at first. This is also the story of a young enlighted Prince who administers fair justice but lets his rivals be lynched by a furious crowd. It is, last but not least, a timeless political allegory in which Alexandre Dumas, drawing on the violence and crimes of history, makes his clear statement against tyranny creating a symbol of justice and tolerance: the fateful “tulipa negra”, the real protagonist of this novel, the black tulip.
I can honestly say I liked this very simple short novel, though it was hardly what I expected from my first Dumas. Yes, in fact, this is the first novel by Dumas I’ve ever read. Of course I know much about his extremely popular novels, The Three Musketeers, Man in the Iron Mask , The Count of Monte Cristo but only because I grew up watching Tv adptations, films and cartoons based on them. The suspence and excitement, the escapes , the  duels and  the glorious victories in those stories are still alive in my memory.
But this one  is completely different from the previous novels:  a very simple storyline - plus a few other ingredients - results into a sweet romantic tale. 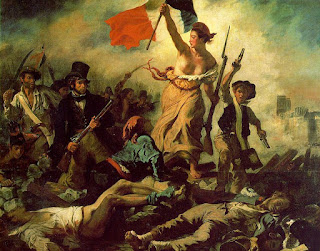 In those years, if the struggle against oppression generated excitement, the practical problems facing a large nation just beginning its industrial revolution, were dull and prosaic. So Romantic writers and artists, Dumas included, never comfortable with ordinariness, looked elsewhere for the excitement they needed. They found it in imagination and emotion but many took also their escape from the present to a symbolical (as in Alessandro Manzoni’s The Betrothed) , idealized or simply more fascinating and exotic past (as in Sir Walter Scott’s novels). In this novel Dumas wrote about the tulipmania of the 17th century which brought wealth to some and ruin to many. 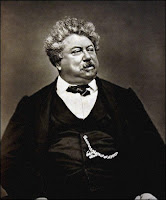 Anyhow, though belonging to the historical novel genre – set in 1672 Holland - The Black Tulip (1850) lacks verosimilitude in his historical figures, especially young Prince William of Orange (one of Britain’s future monarchs) . He  mingles with the crowd in the dramatic opening of the book, disguised as a poor peasant he enjoys his victory over his rivals – John and Cornelius de Witte - while they are brutally murdered and torn to pieces. Then he  becomes merciful “His Highness” , little by little: he saves young Cornelius Van Baerle’s life,  changing his death sentence into a life sentence, and makes justice, in the end , helping Rosa and Cornelius’s dream come true.
In conclusion, I’d like to quote from David Coward’s introduction to my edition of the novel (Oxford University Press 2008):“The black tulip brings out the best and the worst in people, for in Dumas’s hands it acquires a talismanic power. It makes the good happy, halts the wicked and makes kings human”.
Posted by Maria Grazia at Monday, May 03, 2010
Email ThisBlogThis!Share to TwitterShare to FacebookShare to Pinterest
Labels: Books, From my bookshelf, The Classic Circuit

This was my first Dumas too - I read it when I was far too young to understand it, driven by a fascination with the history of tulips in Holland, and then reread it more recently on my honeymoon. It's not my favorite of his stories, but it is a rather fabulous way to study history.

Nice review as always Maria! I need to read some of Dumas books, I only read "The Three Musketeers" many years ago, but that was an adaptation for young readers, so I think it doesn't count. Although I truly enjoyed it!

I've never read this one, but I am interested in giving it a try now. Great review!

I'm curious about Dumas after being moved by Count of Monte Cristo. Thank you for your thoughtful review of Black Tulip! Did you see the film "L'autre Dumas"? I'm intrigued by it and wonder if you've had a chance to see it!

@Charleybrown
I'm afraid I haven't, C. I've only heard about it reading your blog. But has it been released internationally?

I'm not sure Maria. I was thinking it might have been released in Europe by now but I guess not? One of those films that we hear about but might not see if it doesn't gain enough publicity to expand to more theatres...