BBC's  2012 schedule sounds quite interesting, even intriguing  for someone who loves costume drama and ancient history. BBC2  commissioned 4 films for their Shakespeare season  as part of the BBC’s contribution to the London 2012 Festival and the Cultural Olympiad. The four Shakespeare films will encompass  Richard II, Henry IV (part I and II), Henry V.

In the first film of the cycle, RICHARD II ,  Ben Whishaw (The Hour) will play King Richard II with Rory Kinnear (The NT’s Hamlet) as his challenger, Bolingbroke. John of Gaunt will be played by Patrick Stewart (The RSC’s Merchant of Venice), with David Suchet (Poirot) as The Duke of York and David Morrissey (Sense and Sensibility, South Riding) as Northumberland. Tom Hughes (Silk) will play Aumerle and Mowbray will be played by James Purefoy (Rome). Clemence Poésy (Harry Potter) will play the role of Queen Isabella and Lindsay Duncan (Alice in Wonderland) will play The Duchess of York. Other confirmed cast members include Lucian Msamati (The No.1 Ladies’ Detective Agency) and David Bradley (Harry Potter).
The second and third films, HENRY IV (PART I AND II)  will see Jeremy Irons (The Borgias) playing Henry IV, supported by Tom Hiddleston (Thor) as Prince Hal. Simon Russell Beale (Spooks) will play Falstaff and Julie Walters (Mamma Mia, Mo) will play Mistress Quickly. Hotspur will be played by Joe Armstrong (Robin Hood) and Michelle Dockery (Downton Abbey) is to play Lady Percy alongside Maxine Peake (Criminal Justice) as Doll Tearsheet. Lady Northumberland will be played by Niamh Cusack (A Touch of Frost) with Alun Armstrong (New Tricks) as Northumberland. Reece Shearsmith (The League Of Gentlemen) will play the role of Davy, Tom Georgeson (Notes on a Scandal) will play Bardolph, Pistol will be played by Paul Ritter (Friday Night Dinner) and Douglas Henshall (South Riding) will play Mowbray. Iain Glen (Spooks, Downton Abbey) will play Warwick and Geoffrey Palmer (As Time Goes By) will play Lord Chief Justice.
Tom Hiddleston (Thor) will play the protagonist in HENRY V,  the final film. John Hurt (Merlin, Tinker, Tailor, Solider, Spy) will play The Chorus and Julie Walters (Mamma Mia, Mo) will play Mistress Quickly. Lambert Wilson (The Matrix) will play the King of France with Mélanie Thierry (Babylon A.D) as his daughter, Princess Katherine. Anton Lesser (The Hour) will play Exeter, Paterson Joseph (The No.1 Ladies’ Detective Agency) will play York and Edward Akrout (The Borgias) will play Louis, The Dauphin. Stanley Weber (Borgia) will play the Duke of Orleans, Owen Teale (Game of Thrones) will play Fluellen and Richard Griffiths (The History Boys) will play the Duke of Burgundy. Tom Georgeson (Notes on a Scandal) and Paul Ritter (Friday Night Dinner) return as Bardolph and Pistol. 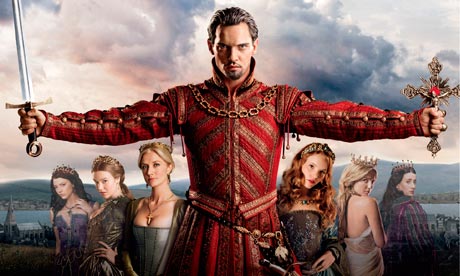 The Wars of the Roses by Philippa Gregory will become a TV series
BBC1 is instead working on the idea of adapting Philippa Gregory's trilogy dedicated to the women involved in the intrigues and struggles for power of the Wars of the Roses. After the success of series like The Tudors, The Pillars of the Earth or The Borgias, they want to follow this popular trail and are going to produce an epic serial on one of the bloodiest period in English history based on the best selling novels by Ms Gregory: The White Queen, The Red Queen , The Lady of the Rivers. I'm not really dying to see it on screen. I only read the first book in that trilogy and,  honestly,  I was so disappointed by the inaccurate,  imaginative account of those events that I decided not to try the others (my review of The White Queen) .
Richard III & Richard Armitage 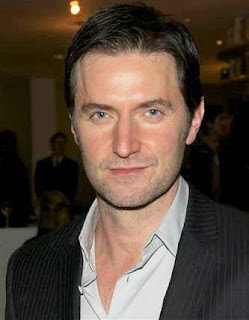 As you can imagine, I'm quite disappointed with BBC1's choice of producing a series on the events of The War of the Roses (at last!) choosing such an improbable fictionalized version of those facts. As you can notice having a look around this blog or checking the pages at the top of the main page, I am interested in those years, especially in the Ricardian cause, aiming at the rehabilitation of the posthumous reputation of Richard III.
Furthermore, following the career of Richard Armitage as a loyal admirer of his work and talent and knowing he has been working on a Richard III TV series of his own in the last few years ( he talked about it in several interviews),  I really hope that project comes to life sooner or later. There is even a petition to support Richard Armitage's project. If you are interested in a more accurate account of the Wars of the Roses, especially focused on the figure of Richard III and the story of his family, you may want to sign that petition (CLICK HERE) 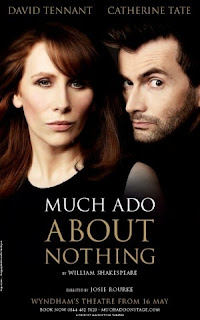 Great theatre on your computer
If BBC offers great opportunities to watch classic drama or costume series on TV, there are opportunities to watch great theatrical performances online. You can even choose to download the play, keep it on your computer and  see it whenever you feel like. Digital Theatre is an incredible source of British drama. If you love theatre but you can't fly to London or Britain  any time there's a play you would love to see , click and check at Digital Theatre and maybe you can enjoy your favourite plays on your computer. Among the shows you can buy and watch these days: Shakespeare's Much Ado About Nothing with David Tennant and Catherine Tate or Macbeth with David Morrissey and Julia Ford. This site is a very pleasant discovery (thanks a lot, K/V!) and a great temptation. Off to buy my Shakespeare fix!
Posted by Maria Grazia at Saturday, January 14, 2012
Email ThisBlogThis!Share to TwitterShare to FacebookShare to Pinterest
Labels: At the theatre, BBC Drama, BBC programmes, David Tennant, Digital Theatre, Richard Armitage, Richard III, Shakespeare

What a line-up! I hope there's a way to watch it on the other side of the Atlantic.

@Abigail Reynolds
I hope you'll manage to see most of these great project.Meanwhile you can enjoy Shakespeare online: David Tennant! David Morrissey!
Thanks for visiting and leaving your comment :-)

what a stellar line-up of shows and caste! I can't wait! And if the BBC do it it will be spot-on!

And i'm off to try and but Much Ado for the computer. Wonder if it's possible from Oz. Thanks so much for this MG!

@Prue Batten
Thank YOU for reading and commenting. It's always a pleasure to find new interesting things and share them with friends :-)

What a wonderful find, Maria Grazia. I immediately bookmarked the Digital Theatre.
Thank you so much, also for mentioning the dream-project for all us Ricardians!

You are right @CDoart, Digital Theatre is a great find. And as I wrote in the post I must thank my friend K/V for it.
Mentioning the dream project we long for was just ... PLEASURE! :D
Have a great Saturday night. MG