ROME - TWO DAYS, ONE EXHIBITION, A MUSEUM, A WALK AROUND THE CITY CENTRE, SOME SHOPPING, ... AND FRIENDS! 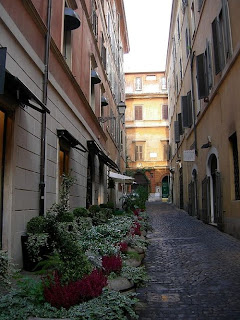 Have I ever told you how much I love being in Rome with my friends? Ehm... perhaps  once or twice. But may I say it again?  Yes? OK, thanks a lot for your patience!
Being on holiday,  I had the opportunity to spend once again a couple of days with my friends in Rome: walking around the city centre nose up to the beauty all over, doing some shopping,  visiting a stunning photographic exhibition in a new centre and a museum in one of Rome ancient noble palaces, pleasantly chatting and having dinner all together, rewatching an episode from one of our favourite TV series.
I'm not writing about everything we did,  but only about the exhibition and the museum we visited. I hope you don't mind and I'm sure you won't have any difficuty in figuring out the fun we had together.

1. Steve McCurry at MACRO  - The faces of war, the passion and colours of Italy .  Steve McCurry is the American reporter, awarded for his courage and enterprising career, who became famous for his photo of an Afghan girl shot in December 1984 and  published on the cover of the National Geographic Magazine. 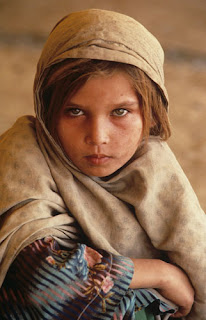 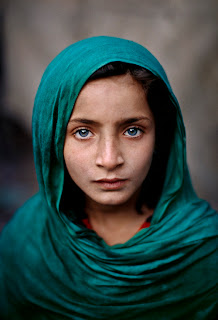 This exhibition dedicated to his work  runs until April 29 at the MACRO museum  in Rome. It  is a remarkable exhibition of more than 200 photos by McCurry designed by Italian   Fabio Novembre. The structure of the exhibition is inspired to a nomad village and is based on the similarity of the emotions in the photos rather than more traditional categorisation.
McCurry focuses on the human consequences of war, not only showing what war impresses on the landscape, but rather, on the human face. The looks in the eyes of those peeople are stunning, especially children's eyes. He is driven by great curiosity and a sense of wonder about the world and everyone in it, and has uncanny ability to cross boundaries of language and culture to capture stories of human experience. “Most of my images are grounded in people. I look for the unguarded moment, the essential soul peeking out, experience etched on a person’s face. I try to convey what it is like to be that person, a person caught in a broader landscape, that you could call the human condition".
Curiously enough, Mc Curry has met and photographed  the Afghan girl who made him popular  again:  her eyes and face are even more tragic than once now that the innocence and the beauty of youth as well as her hope have been swept away by years and years of violence and war. And here is what she looks like now ... 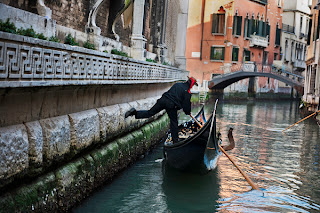 On the occasion of his exhibition in Rome, Mc Curry was asked to take photos of Italy too. He can see some of these Italian shots on his blog too: The Passion of Italy and The Colours of Italy. Honestly, while his ability in capturing the sufferings of people in poor countries or countries at war is amazing, his vision of Italy is rather stereotyped, predictable, hence disappointing. We are not the country of love, gondole, pizza, mandolino and religious processions. Not especially, not any longer, that's postcard Italy for tourists.
I can forgive Mc Curry, however: he needed smiling faces and scenes of  love to enlighten and contrast the tragicality of those sad , scared, hopeless faces from distant countries. And he found smiles and people in love to photograph here in Italy. We are not at war, that's for sure and fortunately so. But we do not sing "O sole mio" in the streets. I hope he knows.
2. Palazzo Barberini - Raffaello meets Raffaello
Palazzo Barberini is one of the sites of The National Museum of Antique Arts. On three floors of this monumental Palace, famous paintings by Raffaello, Caravaggio, Tintoretto, Piero di Cosimo, Lorenzo Lotto and many others are shown. There's even one of Henry VIII's portraits by Holbein. These days you can also visit an exhibition dedicated to the work of  Guercino - Capolavori da Cento e da Roma 1591 -1666.
And also in these days, at Palazzo Barberini Raffaello meets Raffaello, too. The Portrait of the Young Man by Raphael has been borrowed from the Tyssen Bornemisza Museum in Madrid , and put in the same room where the Fornarina (Portrait of the Young Woman) is usually kept. The comparison between these two paintings has often been proposed by critics and now it is possible to draw it through direct observation.  In the same room the two familiar faces of young people look  at one another and directly into their beholders' eyes. Their stares never seem to want to lose contact with your eyes. They insistently follow you all over the place.
My favourite painting?   A reading lady from ancient times.
P.S. Special thanks to a very special friend who made all this possible.
Posted by Maria Grazia at Friday, January 06, 2012
Email ThisBlogThis!Share to TwitterShare to FacebookShare to Pinterest
Labels: Art, Exhibitions, Trips and Journeys

I have always been touched by the Afghan girl's eyes. To see her after so many years is even more touching. Happy New Year! Rome is a wonderful city, I hope to revisit it again soon :)

Happy New Year to you, Ally. I wish your dream of revisiting Rome may soon come true :-)

I read the story of how he tracked the girl down but couldn't see her or talk to her as she was in full burkha with face covered.

About Rome you are lucky to be able to go stay and return so often! have a wonderful trip.

@Mystica
You're right, I'm definitely lucky to live so near and to have such special friends living in Rome.
As for the story of how they found the Afghan girl after two decades, I've added a link as a caption to the matched photos of her.
Thanks for dropping by and commenting!