RICHARD ARMITAGE IN BRAIN ON FIRE AND PILGRIMAGE

I needn't say much about Richard Armitage's devoted attention to details in crafting a new character. If you are reading this post,  you most likely are one of his well-wishers - as he prefers to call his fans - so you know much more than that about him.

That care and that attention have helped him deliver outstanding performances on many an occasion, however little or big his role was, no matter if in a low-budget independent project or in a high-profile one.

Impossible not to notice all that also in two recent low-budget movies he stars in after - and nothwithstanding - his worldwide fame as Thorin Oakenshield in The Hobbit movies:  Brain on Fire (2016) and Pilgrimage (2017)

Richard is Tom Cahalan, loving father of Susannah (Chloë Grace Moretz), a young, capable journalist whose life is  turned upside down by a sudden inexplicable change in her behaviours. The world that she’s carefully built starts to fade and her family and friends must find out the cause before it is too late.

Produced by Oscar Winner Charlize Theron and directed by Gerard Barrett, Brain on Fire gives Richard the opportunity to play a father again (after being one in  Into the Storm and Strike Back),   a seriously worried, loving father coping with tragedy. He is relatable and believable, needless to say handsome and charming,  as usual.  His performance is honest and heartfelt, though his character remains quite undefined. Something is definitely missing in the script.

Unfortunately,  this movie is a missed chance. You are supposed to be caring for the protagonist and her terrible experiences while watching,  but the script lacks indepth analysis  or  a background story, that is why you struggle trying to care for her, even when she starts experiencing mysterious headaches, paranoid episodes, manic mood and  hallucinations.  I felt I should have cared and sympathize,  but I just couldn't.

Furthermore, the plot follows quite repetitive patterns and fails to build tension. The family bonds are not properly investigated,  which results in a film that is also rather emotionally flat.

Suggestions: If you are interested in Susannah Calahan's true story, read her book. If you love watching Richard at work, you must see this film. No matter what.

The movie is based on the autobiographical, best-selling book:  Brain On Fire by Susannah Cahalan . This is how they present it at amazon: 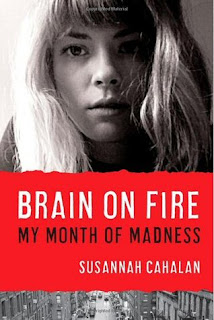 An award-winning memoir and instant New York Times bestseller that goes far beyond its riveting medical mystery, Brain on Fire is the powerful account of one woman's struggle to recapture her identity.
When twenty-four-year-old Susannah Cahalan woke up alone in a hospital room, strapped to her bed and unable to move or speak, she had no memory of how she'd gotten there. Days earlier, she had been on the threshold of a new, adult life: at the beginning of her first serious relationship and a promising career at a major New York newspaper. Now she was labeled violent, psychotic, a flight risk. What happened?
In a swift and breathtaking narrative, Susannah tells the astonishing true story of her descent into madness, her family's inspiring faith in her, and the lifesaving diagnosis that nearly didn't happen. "A fascinating look at the disease that . . . could have cost this vibrant, vital young woman her life" (People), Brain on Fire is an unforgettable exploration of memory and identity, faith and love, and a profoundly compelling tale of survival and perseverance that is destined to become a classic. 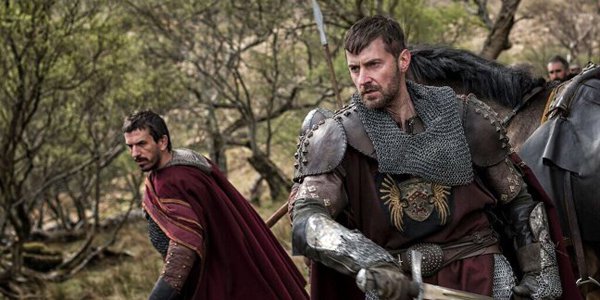 Pilgrimage was filmed in a surprisingly short period of time in Ireland and was presented at Tribeca Film Festival and Edinburgh Film Festival earlier this year, then released this summer in Irish theatres and on DVD.

Richard is part of a big-name cast quite unexpected in such a small indie project. It is a dark, gritty road movie set in the 13th century in Ireland narrating the deadly dangerous journey of a small group of monks whose mission is to take a sacred relic to Rome, the capital of Christianity.
As the true significance - material, religious and political - of the relic is unveiled, the pilgrimage becomes more and more treacherous. and the faith that binds the men together threatens to be, instead, what will tear them apart.
It is a short tense movie in which Richard gives an outstanding performance as one of his most evil villains. 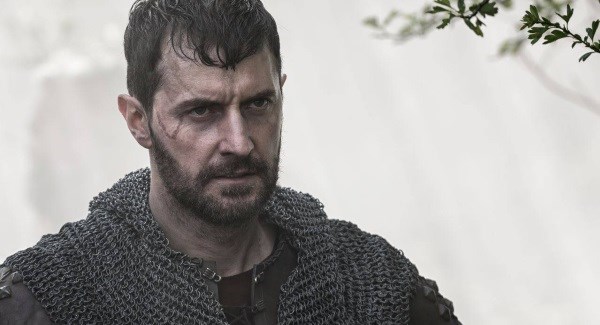 He is a cold, blood-thirsty, unscrupled French- speaking Norman knight who will turn the monks' pilgrimage into a bloody mission. We've seen Richard as a Norman knight before, his black leather-clad Guy of Gisborne (BBC One Robin Hood) is among his most successful TV characters. However, I've never been truly scared by handsome Gisborne, who always hides a human heart behind his bold aggressive attitude, while I had to force myself to watch the gory scenes in Pilgrimage,  where Raymond shows his cruelty in very brutal actions,  through Richard's domineering presence and acting talent.  Richard's  performance is both terrific and terrifying, it gave me the chills.

Here's what drew Richard to play this character and to accept being in this movie:

“I was really interested first of all in playing a character where I would be speaking a different language. I was interested in that world. I’ve always been a bit of a historian when it comes to that period of history - the Norman Conquests, Richard the Lionheart always fascinated me, the fact that he was an English king that never spoke a word of English and probably never set foot in England, by all accounts. Also the juxtaposition of a group of very peace-loving monks, devout Christians, and a war-mongering family who were basically in occupation in Ireland at that time."  (from this online interview)

"I guess his acts are quite violent but I never really saw him as the villain. I saw him as a kind of warrior who was pursuing his agenda in a very kind of male way. Also he’s the representative of a family and a culture which is forcing its way into the British Isles and Ireland. The Norman occupation of Southern Ireland. He (Raymond De Merville) is ramping up for another crusade so I saw him as somebody who is apart of a big war machine. I guess that makes him a villain." (from his latest interview)

Pilgrimage will be available on iTunes on September 5th

Armitage was better than both of these films, I thought. But I agree that as bad as Brain on Fire is, if you're interested in Armitage it's a must see.

I'd love to see Pilgrimage.