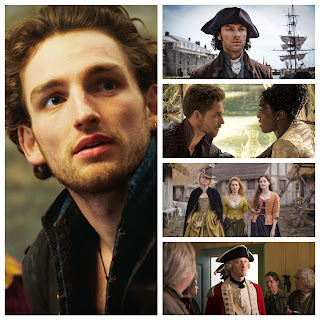 I still remember when summer was like: what do I watch now? Because all our favourite shows and Tv programmes were interrupted for some time and nothing new was on,  except old movies and silly stuff. Well, that was in the prehistory of TV and eons before the Net, Netflix or satellite pay-Tv were introduced.
Why am I thinking about that right now? Because, instead, I've been watching quite a good deal of great TV shows in the latest couple of months, that is,  since summer has started.
That's not bad at all:  we all have more spare time in the summer and feel less guilty binge watching or staying up late to catch up with our favourite series.
Luckily enough, there are or there have been several interesting period drama series to pick up among.  Here is  my summer watching list: Will, Still Star-Crossed, Jamestown, Poldark and Turn Washington's Spies.

William Shakespeare is one of the most widely-known authors in the world and in history,  but we actually know very little about the man. For instance, we have very little information about his life during two major spans of time, commonly referred to as the "lost years": 1578-82 and 1585-92. The first period covers the time after Shakespeare left grammar school, until his marriage to Anne Hathaway in November of 1582. The second period covers the seven years of Shakespeare's life in which he must have been perfecting his dramatic skills and collecting sources for the plots of his plays.  The TV series “WILL”, which premiered on TNT on 10th July 2017 tries to fill in the seven years’ gap  in a very imaginative way,

WILL tells the wild story of young William Shakespeare's  arrival onto the punk-rock theater scene in 16th century London -- the seductive, violent world where his raw talent faced rioting audiences, religious fanatics and raucous side-shows. It’s a contemporary version of Shakespeare's life, played to a modern soundtrack that exposes all his recklessness, lustful temptations and brilliance. (imdb)

STILL STAR - CROSSED  - A SEQUEL TO SHAKESPEARE'S ROMEO AND JULIET

Still  Star - Crossed is a Shondaland 7-episode series broadcast from May 29th to July 13th on US abc channel. The Shakespearean soap is based on Melinda Taub's YA novel of the same title published in 2013. It follows the adventures of  Rosaline Capulets and Benvolio Montague in a Verona haunted by rivalry, violence and intrigue after the tragic epilogue of Romeo and Juliet's love-story.
Hearing this series was going to start, I was optimistic for the potentiality it might have,  but now that I've actually seen it I've lost hope it will go on.  It was fun to watch  and its teeny tones and clichés reminded me of Reign, which I liked but stopped watching after 2 seasons.
I really wanted Still Star-Crossed to end somehow,  instead, as it usually happens with TV series and sagas, the seventh and final episode was closed with a cliffhanger, which may be there hanging for good! In fact, it is quite improbable that a second season will be approved due to the disappointing viewing figures. 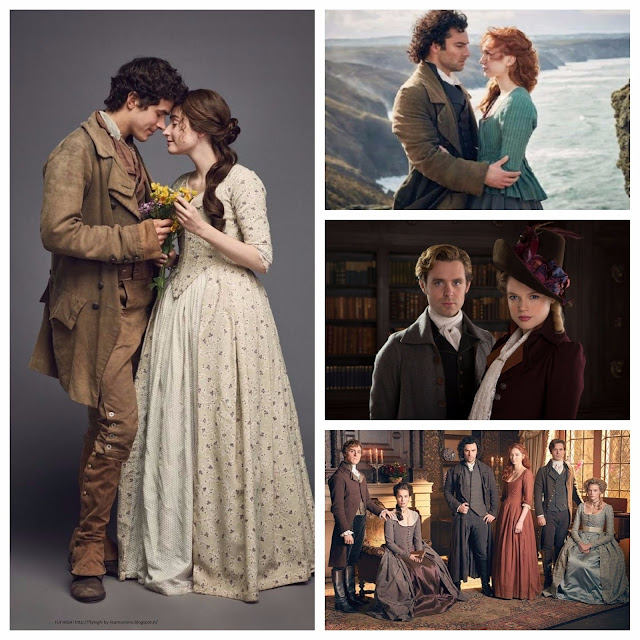 I have been watching series 3 of Poldark on BBC One with the impression that the further we went into the story the better it became. That's not something common in sagas, at least not in my experience. The addition of new gripping characters, the growing rivalry between George Warleggan and Ross Poldark, darker tones and lusty vicars, have enriched the plot and made the new episodes intriguing enough to have viewers long for Sunday nights to come soon.
Ross and Demelza's relationship is never boring either. Both characters are proud, independent, strong -willed and stubborn, which makes their menage always bit troubled and complicated. Their hearts are in turmoil this season and both have to cope with their partner's longing for ... more.
Star-crossed lovers Drake and Morwenna, PTSD haunted Dwight Enys, Osborne Whitworth and George Warleggan, the two hideous villains you love to hate, Hugh Armitage,  the romantic poet and navy officer in love with his saviour's wife,  Sam Carne the shy methodist preacher,  lovely Geoffrey Charles and bold aunt Agatha are the perfectly carved pawns in this year's Poldark chess game. Let's hope we'll have more and better in the already - confirmed series 4. Only one episode to the end of series 3!

Jamestown is a drama series produced by Sky 1 that goes back to the lives of the early 17th-century British settlers on the coast of Virginia, lives which were miserable, signed by hardship and starvation and  difficult relationships with the local populations,  whose lands they were appropriating.
It was reviewed as a silly but gripping drama series on the British Telegraph. Wanting to discover more and attracted by its being a costume drama set in the 17th century (there aren't so many), I started watching it. I couldn't find it silly but neither gripping. I just couldn't relate to any of the characters nor I could recognize a story-line I particularly liked.
I only watched it till the end to discover whether what happened next was going to be more involving but it left me unsatisfied and disappointed.  Little pathos, unrelatable characters, no interesting, no exciting twist and turn. This is only my opinion, of course. Did any of you watch it and like it? 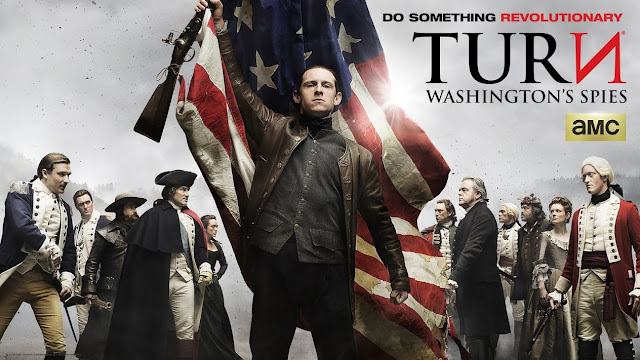 Final season for TURN, the historical spy drama set during the American War of Independence, between 1775 and 1783. Only two episodes left to watch. Abe is  fighting in the frontlines and risking his life.  This latest episodes have been truly nerve-racking, any moment Abe may be recognized as Culper, one of Washington's smartest spies.
After the departure of John André (J.J. Feild), my favourite character, I thought I couldn't like this final series,   but I truly like it instead.  All its characters,  on both sides, are well written and well acted, including one of the creepiest villains on TV, Captain Simcoe, and fascinating  Ben Tallmadge (not a bad second choice after John André) . That is why I decided it is worth watching till its very end.

I can't wait for Poldark which will start in October here in the USA.