AT THE CINEMA - TORNERANNO I PRATI - WWI SEEN BY ERMANNO OLMI 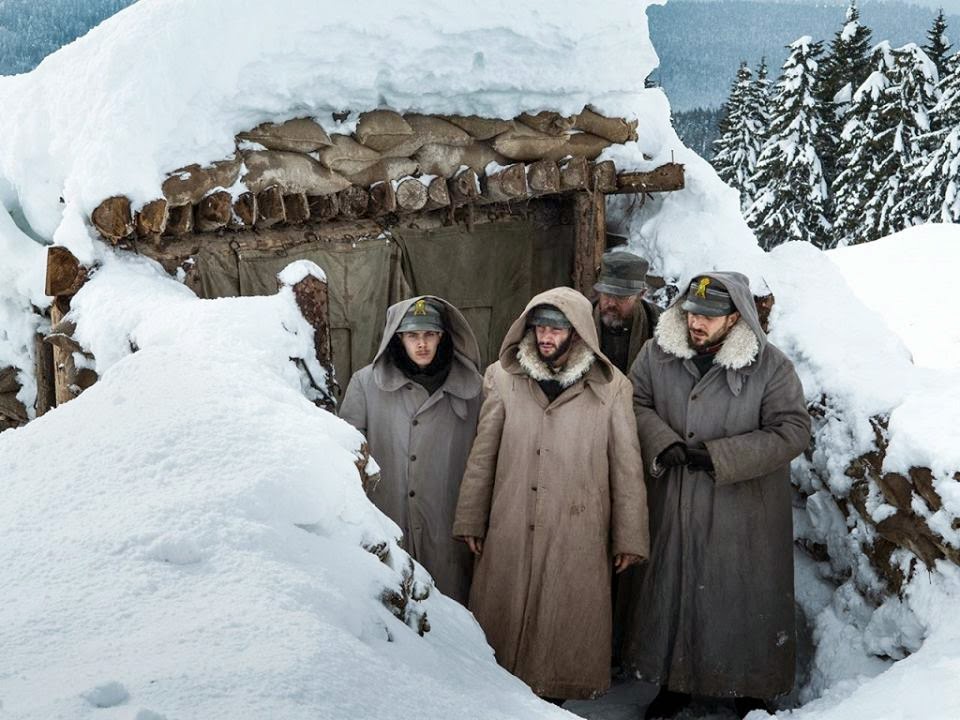 Why this movie now? Not only to join the celebrations of  WWI 100th anniversary. At  83, one of the greatest contemporary Italian directors, Ermanno Olmi,  makes up his mind to direct a new  “useful” movie, committed and lyrical at the same time, which is a visual poem against all and any war. In “Torneranno i prati”, each frame is poetic imagery and each line is true poetry wrapped in simple, direct words.

War is absurd and terrifying. This is something Olmi has always been convinced of, since he and his brother were made the addressees of painful war tales by their own father, a veteran from WWI, who had experienced the trenches in first person. 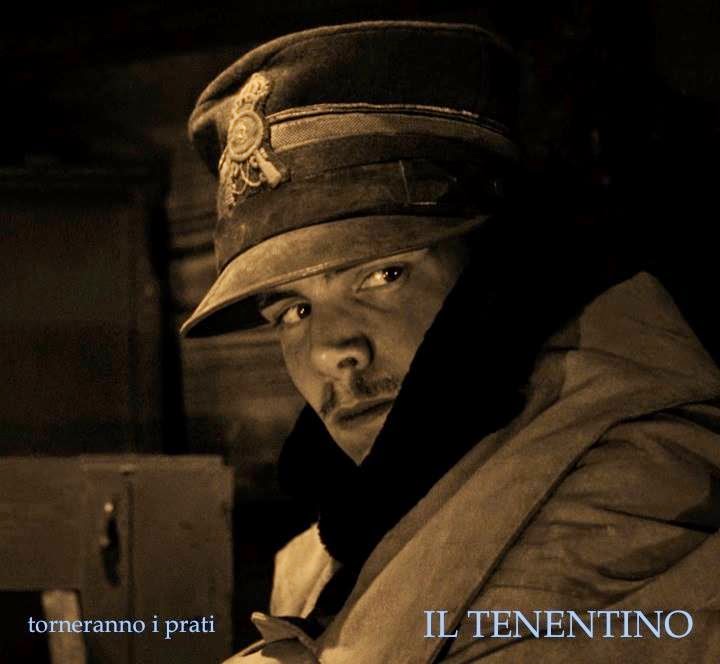 As Olmi states,  all wars mankind has been involved in have broken out for the interest of a few and at the cost of a great deal of innocent lives. This and many other reflections have flown into the touching script of his new work, “Torneranno i prati” (The meadows will be back),  a  committed movie which wants to prove the old lie -  dulce er decorum est pro patria mori  - once again wrong. A movie that doesn’t want to make a show but poetry out of violence and death, conveying what Wilfred Owen called the pity of war.

Any war is made up of crimes against humanity. Any war brings with itself an infinite deal of suffering and pain.   Those who die are the immediate victims, for those who survive it is, if possible, even worse. 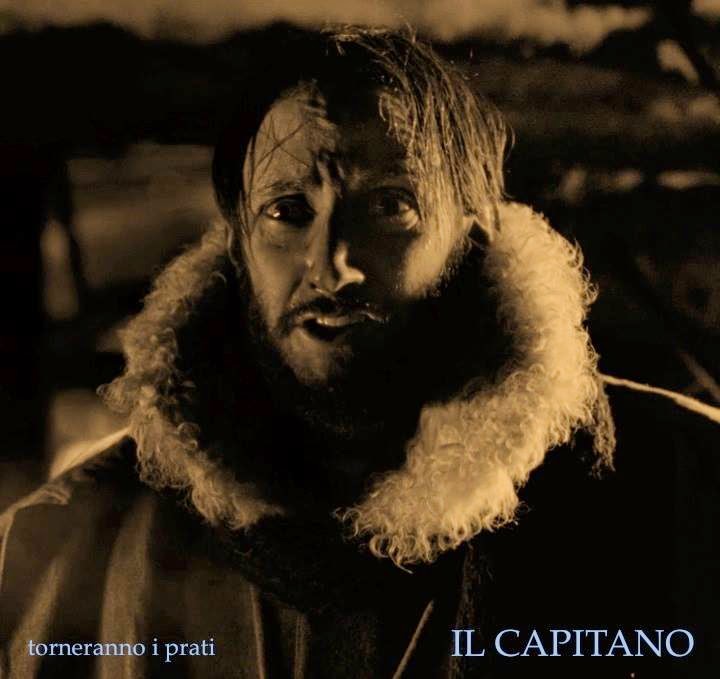 This movie is the story of a group of young  soldiers caught under metres of snow, in a mountain outpost in Veneto, in the North of Italy,  fighting for their survival,  struggling against a virulent epidemy, the freezing weather, their enemy’s terrifying bombing, the criminal orders of their superior and, last but not least, against their haunting,  inseparable companion, fear.

The first part of the story focuses on the figure of the Captain , the captain of a ship sailing nowhere, played by an extraordinary, touching young actor, Francesco Formichetti. Feverish and weakened, the Captain recovers his strength to shout his “no” to the absurd criminal orders  the Major (Claudio Santamaria) brings to his outpost. In a moving, heartfelt rebellious act he  strips his military decorations away from his uniform in open defiance. Unforgettable is his compelling order to report to him the names, not the numbers of their casualties, what he wishes to know is the names of his dead soldiers, each one of their names. 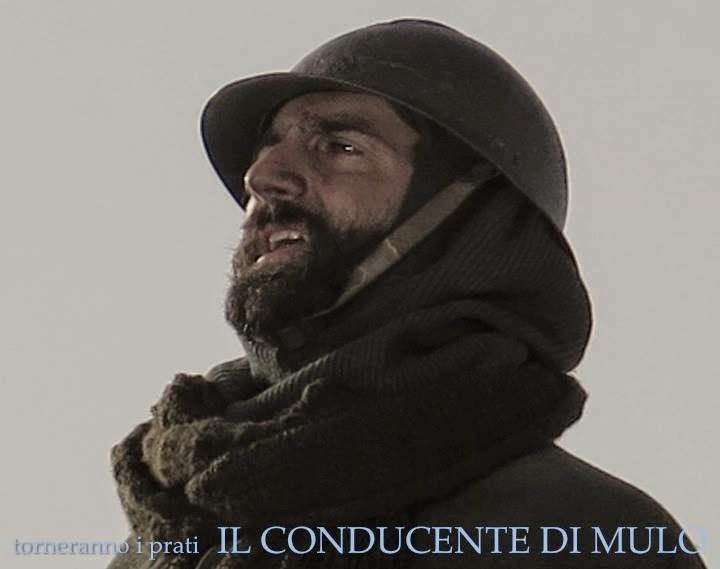 The most pitiful moments in this first part are the scenes in which simple soldiers are ordered by the Major to carry a broadcasting device through the no man’s land, in total awareness of the inevitability of their deaths and of the complete uselessness of their attempts.
The most poetic scene is,  instead, the  soldier (Andrea Di Maria) singing in the moonlight to cheer up the trenches on both sides, rewarded by kudos in different languages and dialects. The singing stands for hope, it is a dream of peace. But that soldier will refuse to sing in the end: when there is no happiness in your heart, it is impossible to sing, noboby would listen to your singing. 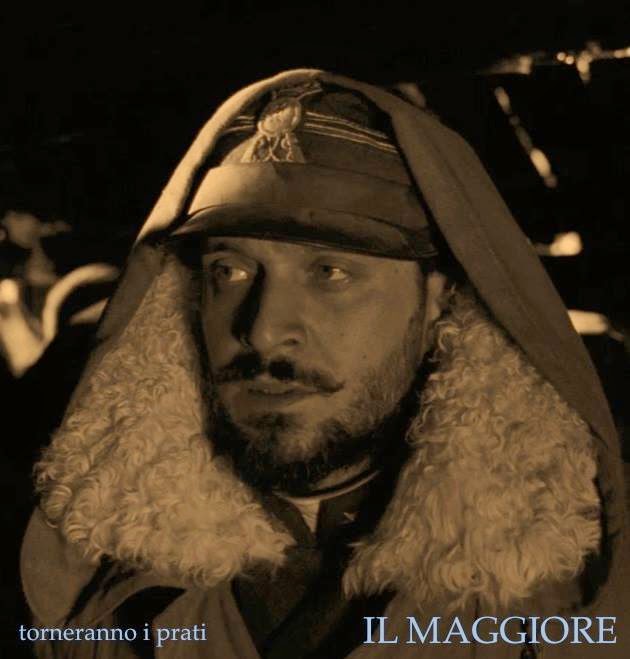 Once the Captain leaves his position, the command of the outpost is entrusted to an inexperienced young Tenant (Il Tenentino), just arrived at the front with the Major. The young Tenant, finds himself,  by chance or destiny, charged of incredible responsabilities  in a war he has only imagined and not actually known so far.  He is another memorable character played by an intense young actor, Alessandro Sperduti. The words his character writes in a letter to his mother are piercing in their simplicity: with tears in his eyes he confesses he feels   so old after his first shocking meeting with Death, the death of young people like him.  His character is involved in one of the deleted scenes that we could see in the backstage documentary directed by Fabrizio Cattani, soon after the film.  It is a pity that scene, who was initially meant to close the movie, didn’t make it to the final cut. The young Tenant,  hallucinating, gets to his enemy’s trench asking for help, waving a while scarf,  and shouting “Where are you?”  He will find no enemy in the trench opposite to his own. His enemies are not there,  because those are not the real enemy. The real enemy is behind him. His enemy is  who sent him there.

We all have seen war movies before. Great ones, tough ones, moving and unforgettables ones. What is special in Olmi’s new movie is that it doesn’t want to be just another  realistic  show about the atrocity of war, but it's meant to be an evocative picture of the human suffering which any war demands.

Apart from the movie, what especially hit me was watching the backstage documentary after the film.  One of the most peculiar moments was  Mr Olmi giving his directions to the actors and asking them to not convey melancholy, sadness or pain but innocence. The loss of innocence was certainly what most must have hurt those poor young men. They had left their homes certain they were going to do extraordinary things for their country, but they were betrayed and deceived and would soon discover that their sacrifice was frighteningly aimless.

The film closes with a small group of soldiers marching in the snow. They march toward their destiny under a beautiful blue sky. In their future there’s still more pain: Caporetto, the total  defeat of the Italian army, is ahead.  As the title suggests, once the war is over, the meadows will be back. Everything will be as if those atrocities never took place. Especially not there.

I saw this beautiful movie - which is on  in Italian cinemas these days - at the Barberini in Rome, in a special presentation to teachers. It was a compelling, enriching experience on the whole: to watch the film, to see the efforts behind the scenes in the documentary and to meet the brilliant young cast, Alessandro Sperduti, Francesco Formichetti e Niccolò Senni (see picture above)