PERIOD & MORE PERIOD - AT THE CINEMA: A PROMISE 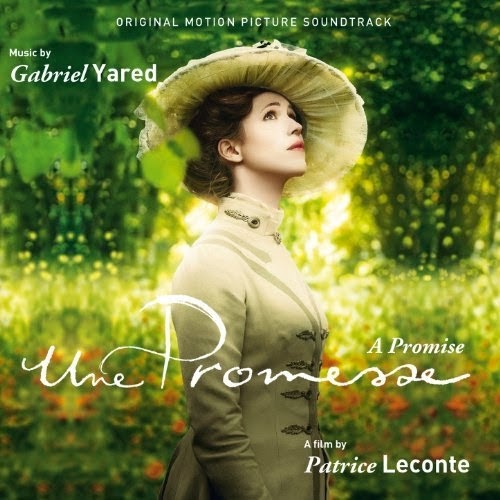 Germany 1912.  Friedrich  is a young man of humble origins with a degree in chemistry employed by Karl Hoffmeister,  who immediately understood the character and potential of the young man and decided to make him his protégé. Suffering from a serious heart disease, Hoffmeister is forced to work at home, where he lives with his wife,  Lotte,  and her son Otto. Impressed by Friedrich’s   zeal, he promotes him as his personal secretary and  urges him to move into his large mansion.

Happy but confused by the feelings he starts feeling for his master’s and benefactor’s young wife, Friedrich accepts both accommodation and challenge, anyhow. The proximity feeds the feeling and reveals an affinity difficult to control,  at least until Hoffmeister decides to send Friedrich to Mexico to follow a new and important project. Lotte can’t hide her own feelings any longer, especially because the idea of living without Friedrich is now unbearable.  However the two young lovers resist their passion and promise one to the other to wait until Friedrich is back and Lotte free from her duties to her husband. 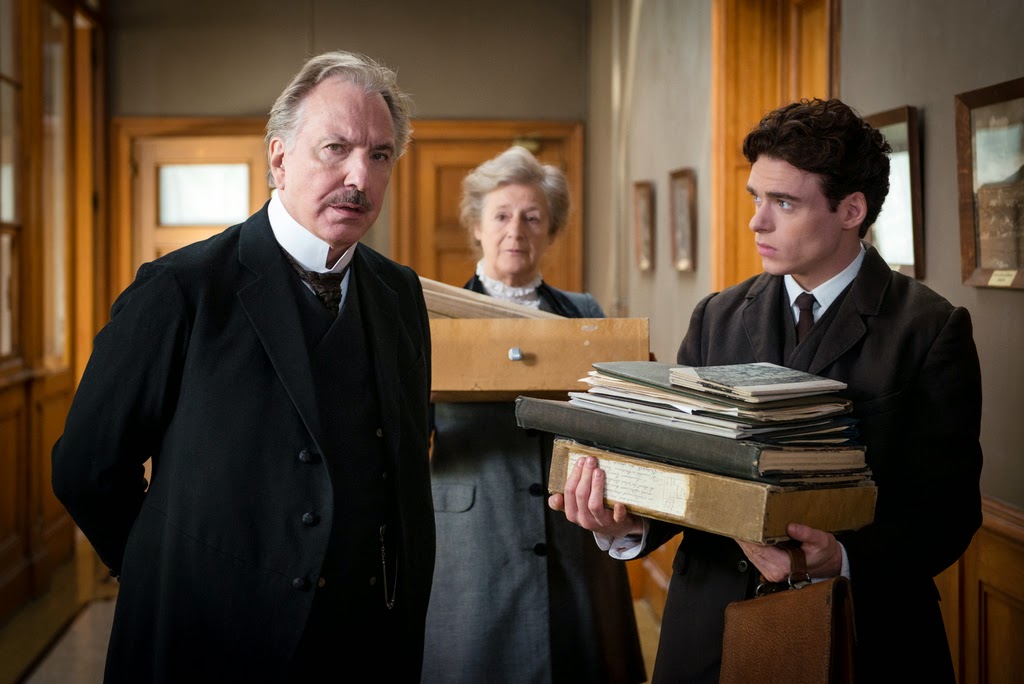 Convinced that leaving  is the right thing to do,  Friedrich promises Lotte he will come back and they will be able to fulfill their dream of love. But the Great War and a total naval block will make Friedrich an exile, forcing him to stay away from Lotte for six long years  . Their meeting after his return home  will be painfully awkward.  They will have to start over new.
This film is the adaptation of the novel by Stefan Zweig, Journey to the Past. It is a tender, touching love story that is never melodramatic or banally sentimental. It’s the story of a love that is intense and overwhelming when hopelessly impossible, and that becomes tender, but uncertain and awkward  after a long period of distance,  when it is finally free to be. 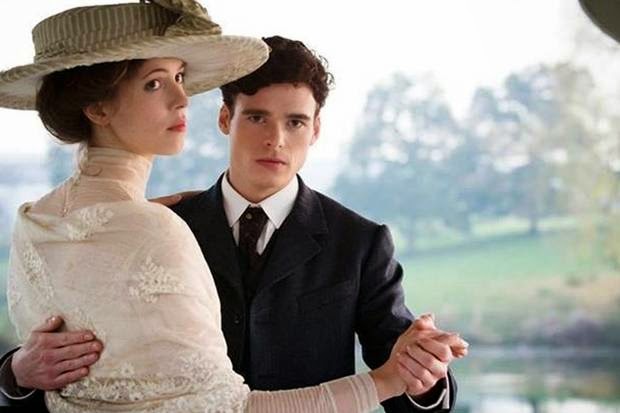 The promise of the title is what makes this love story special. The two lovers promise each other loyalty, faith and love when divided, believing that delayed gratification will reward them with great happiness after long suffering.  But, not allowed to see their initial passion  turns into love, they’ll realize  the tension and the  intention are almost swept away by wartime  when they meet again.
The film closes with the  hope  that the two will be able to start afresh and to build something totally new. 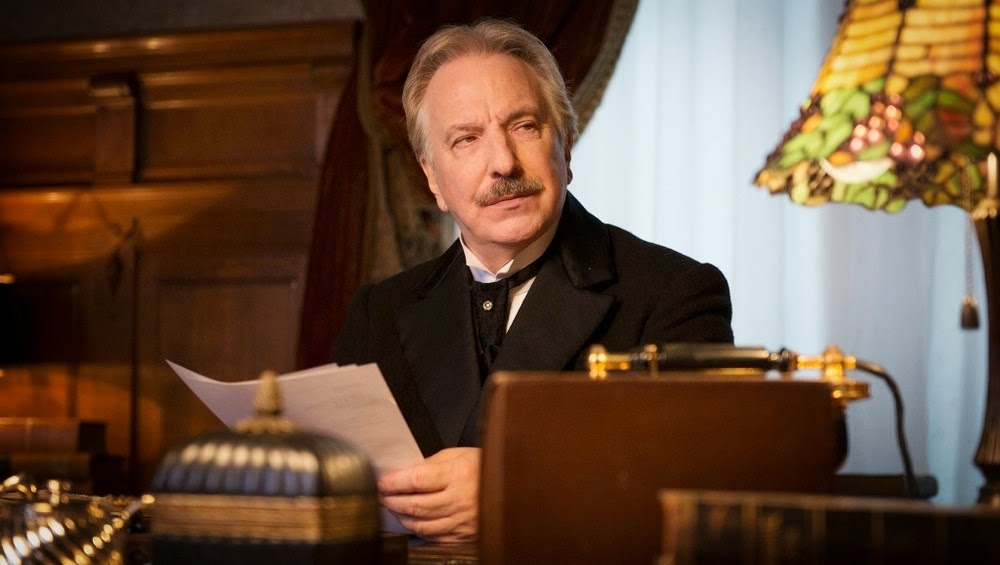 Alan Rickman, Rebecca Hall and Richard Madden deliver very convincing performances. You see a romance bloom, pause and then grow into something different as time and circumstances change. You watch a generous man fight against his jealousy because he knows he is dying, a man offering his wife a chance to be happy with a young man he really appreciates but then getting back to a more natural sense of property and dignity.
This is a period movie delicately and exquisitely crafted by director Patrice Laconte. Its delicate,  lyrical poetry will linger  in your mind and stay with you once the story is over.

“But love truly becomes love only when, no longer an embryo developing painfully in the darkness of the body, it ventures to confess itself with lips and breath. However hard it tries to remain a chrysalis, a time comes when the intricate tissue of the cocoon tears, and out it falls, dropping from the heights to the farthest depths, falling with redoubled force into the startled heart.”

― Stefan Zweig, Journey Into the Past

Posted by Maria Grazia at Friday, October 17, 2014
Email ThisBlogThis!Share to TwitterShare to FacebookShare to Pinterest
Labels: A Promise, At the cinema, Costume movies, Period movies, Reviews

Looks very good. And Alan Rickman! I should put this on my list of movies to see.

too many people dislike this movie...we are the lucky ones! :)

An ex student of mine (a boy) suggested me to warch this movie, Alessia and Trudy, because he thought I'd like it. What puzzled me was ... How could he know me so well? Because I did like it! I hope you can get to see it, Trudy! And I'm really glad we've got something more to share, Alessia :-)