IT HAPPENED ONE NIGHT BY PHILLIPA ASHLEY - BOOK REVIEW 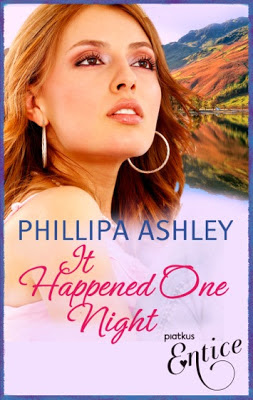 “Sophie MacBride hated horses. Her dad was right. They were dangerous, smelly and only kept by rich people who had more money than sense. She especially hated the horse whose hooves were dancing feet above from her head and as for its rider … “

This is the opening of this cute love story,  the newly released novel from best selling romance writer,  Phillipa Ashley.  Just to get you into the right mood… Imagine this meeting between a young girl and an attractive rider something like Jane Eyre meeting Mr Rochester for the first time,  but less creepy and more modern. OK?   Have you got a younger version of Michael Fassbender in your head?  Perfect! You’re ready for the ride into IT HAPPENED ONE NIGHT.
_____________________________________

If they are not star-crossed lovers Sophie and Adam have their lives complicated  by the animosity  between their families. Hate coming from the past and from unkown reasonsm unknown to Sophie and Adam, that is.

This hate has also led to the terrible, unexpected event that brought about  a painful split-up.

When the books opens, Sophie and Adam were teenage sweethearts then. Ten  years later  they  have moved  wounded, yet apparently healed, they are  on separate distant paths and  suddenly meet again in  Langmere, the same   tiny village in the Lake District where their passionate affair had lived its glorious moments and abruptly ended.

Adam is back in the village as  the successful BAFTA-nominated young director of a period drama starring the dashing Harry Lennox, whose fame as an actor is due to his performance as Austen’s cult hero, Mr Darcy,  in the latest version of Pride and Prejudice.
Sophie MacBride and her best  friend Lily are going to launch their new Village Deli after they have invested their savings  in enlarging the business and making the shop wider and grander. Imagine their astonishment when the latest gorgeous Mr Darcy makes his appearance to buy some cakes!  Sophie is totally freaked out when she finds out Harry Lennox  is being directed by  and is a guest of Adam Templar, her first  love. They are shooting   in a period TV series, a historical drama, telling the real  story of  William Trevelyan,  a poet who lived there in the 19th century.

Phillipa Ashley has her own captivating way to lead her readers through dreamy imaginary tours in wonderful  romantic areas. This time she has chosen the beauty of  the Lake District in England as the setting of her new tale of forbidden  love  and  second chances.
To add charm to an already fascinating  environment, she has made  her characters interact on the set of a period drama. Who can resist the mesmerizing world of costume movies  in addition to a classic romance full of emotions ,  passionate moments,  sexy pages and surprising turns?
Fast –paced , with handsome heroes and  strong-willed heroines,  and last but not least with  thrilling love scenes,  IT HAPPENED ONE NIGHT, is perfect read for a hot summer!
___________________________________________________ 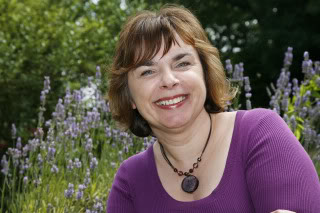 Period drama and romance in IT HAPPENED ONE NIGHT – Phillipa Ashley (from the Acknowledgements section) :


“I’ve always been a massive fan of costume drama, from was before the Colin Firth wet shirt days and in fact I was inspired to write romantic fiction after watching the BBC’s version of North and South and joining an internet fan site dedicated to its star, Richard Armitage. But the idea to use the background in a book came after my first novel,” Decent Exposure” was made into a TV movie”

Thanks for the review, Maria. I knew my obsession with period drama would come in useful one day!

Good luck with the novel!

Maria, thanks for adding this to the library. Cheers