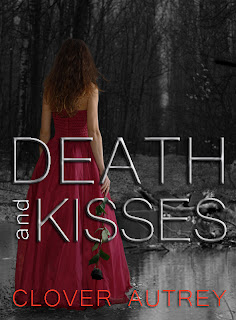 “My only thought was for Aden. I ran to him, kicking up water and called out his name. He turned and my heart skidded, crumbled and dropped to my feet. Not Aden, but Brad. Then where was . . ?

I looked down to where Brad’s gaze had been focused, down, down, in the murky water towards the center of the pond. No. Noooo! I shouldn’t be able to see him through the stirred-up sediment, but I did. Pascual was drowning Aden just as he had drowned Brad.”

One night changed Kasey’s life forever. The star football player drowned and everyone at school blames her. And oh, yeah, since that night, she can see ghosts. Not that she’s afraid of them. Much. She’s more concerned with staying under the radar as the school’s once-popular, now outcast loner freak. Until the boy she supposedly killed shows up wanting revenge.

Regardless of Kasey’s outcast status, the hot new guy in school, Aden, wants to help her figure out how to get the angry ghost to leave her alone. So what if he also wants to contact his dead brother? And why are all the ghosts suddenly following Aden around? 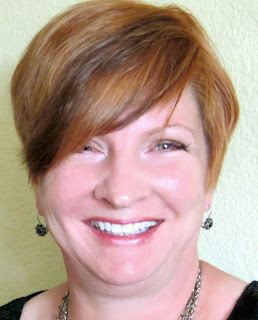 Clover Autrey’s books have been referred to as “Romance in the Safety Zone.” The pages are chock full of adventure, attraction, fantasy and love, safe enough to read with your daughter or your grandmother, yet not so sweet it will put you in a sugar coma.

Inspired by her love of Louis L'Amour heroes, Clover (yeah, that's her real name), packed up and moved to Texas where she found a real live Texan of her own. She's been there ever since where she and Pat (who else would a Clover marry but a Patrick?), and their three boys, listen to the coyotes howl at the trains each evening.

Ms. Autrey is a dynamic storyteller. I was enthralled from the very first page. ~~ Dark Angel Reviews

You will find yourself rooting that these two brave characters are able to find a way through every obstacle thrown in their way. ~~ TwoLips Reviews

…has excitement and danger, intrigue and adventure. The love that grows is but one facet of this story… ~~ The Romance Studio

It really left me speechless, it was so wonderful. Not only is it unlike anything you’ll ever read, but it really pulls you through so many emotions as you read it. ~~Rogues and Romance

The giveaway was organized by Kathy from  I Am A Reader, Not A Writer  and sponsored by the author.