SUMMER HOLIDAYS DAY 1 OR ... LOST IN TRANSLATION AND IN A TEENAGE ROMANCE , I WAS BROUGHT BACK TO REALITY BY BBC STOLEN

Day 1 of part I of my summer holidays. Part I will last until July 17th. I'll be back to school for a week. Then part II will be a bit longer and full of relax, I hope.
What have I been doing to celebrate? Translating articles from Spanish into Italian with my niece (she has an exam in a couple of days) all the morning. . Yeah, once a teacher, always a teacher. Watching a bit of TV (Eclipse, The Twilight Saga, n. 3) with one of my sons after lunch.
But I also found some time to read a bit and watch a good TV movie. And this is what I want to tell you about.

By chance,  I was led to reflect on the same issue by both. On page 33 of the novel I'm reading (Kate Atkinson, Start Early, Took My Dog) Tracy, one of the characters, witnesses a shocking scene. A mother (a woman possessed,  anger coming off her like knives) and her little daughter. But  what should have been the icon of true love - mother and child - became a glimpse of hell. . The little girl desperately screaming and the mother shouting and pulling her by the hand, wrenching her along because there was no way that the child could keep up her furious pace. Just before meeting them, Tracy had been thinking, "There was  crime and then there was crime. Tracy had seen a lot of the other sort, all the p's - paedophilia, prostitution, pornography. Trafficking. buying and selling, that's all people did. You could buy women, you could buy kids, you could buy anything. Western civilization had had a good run but now it had  pretty much shopped itself out of existence".
ONCE upon a time, each and every day in fact, children are being trafficked
into the UK and put to work. Unpaid, unprotected, unseen.

So begins BBC 1 STOLEN . It is a single drama, a story of modern child slavery. Damian Lewis plays Detective Inspector Anthony Carter working in the Human Trafficking Unit struggling to make a difference to the plight of exploited children being smuggled into the UK and from there, to anywhere and to any fate. Stolen follows   his story as a policeman and a caring father and husband  and of three unlucky children: 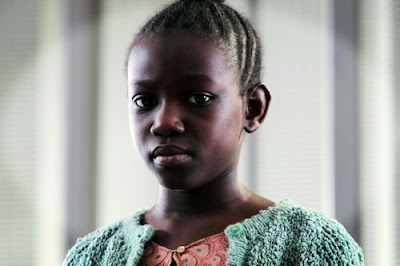 Rosemary,  11 (Gloria Oyewumi),  is a terrorised young girl from West Africa, who thought she was coming to England to be educated and  is instead sold as a house servant; 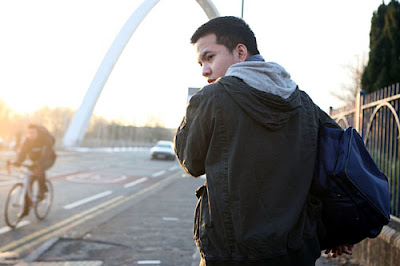 Kim Pak, 15, (Huy Pham) is a "gardener" in a Vietnamese cannabis house; 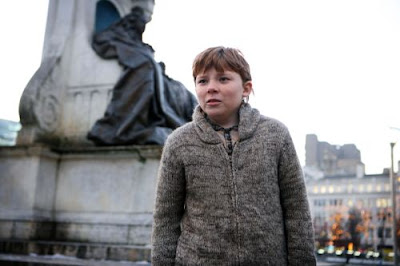 Georgie, 14, (Inokentijs Vitkevics) from Ukraine, is put to work in the food industry, making sandwiches.


Anthony has a wall of snapshots in his office of unknown children, children without passports, without identity, without family, without hope, who have been smuggled into this country to be enslaved and exploited. He is deeply involved in their fates, he runs great risks to save them. 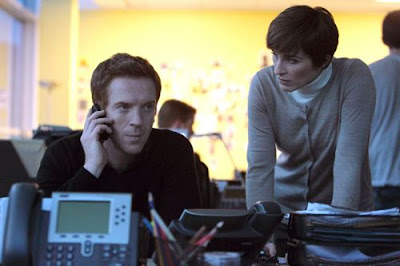 Heartbreaking. Impossible not to get moved. Watch it on line, if you haven't seen it yet. It is available HERE  if you live in the UK. You should not be scared off by the subject matter. It’s not a gruelling watch and it's very well done.  And, last but not least, Manchester looks beautiful and very filmic. It is a remarkable 90- minute piece, a brave drama. Worth watching, indeed.
Child trafficking is one of the fastest growing crimes in the world. UNICEF values the global market for child
trafficking at over $12 billion a year with over 1.2 million child victims.

"There can be no keener reelation of a society's sou
l than the way it treats its children"
(Nelson Mandela)
Stolen - I worked with trafficked children by Christine Beddoe
Posted by Maria Grazia at Tuesday, July 05, 2011
Email ThisBlogThis!Share to TwitterShare to FacebookShare to Pinterest
Labels: About me, BBC Drama

Oh my God! He is Major Dick Winters in "Band of brothers"! I love this man!

Seems like a good movie, I'll check it up later, thanks for the recommendation.