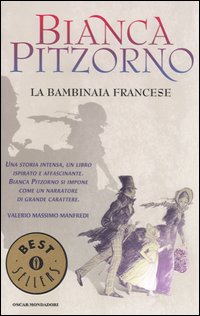 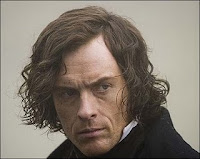 If you,  like me,  have always loved Mr Rochester, maybe you won't love this book. But , to be honest, I  must say this is such a well written novel that its author must be forgiven. In "La Bambinaia Francese", Bianca Pitzorno has turned Rochester, my Mr Rochester , into a horrible, wicked,  unbearable character. Better to tell you the whole truth: in this story he is a racist, a class system supporter,  a misogynist as well as a grumpy, violent man with no hope for redemption.
But, though suffering for my Mr Rochester, I must also add that being very good, very well written,   this novel should be translated into English so that the many fans of Charlotte Bronte's  "Jane Eyre" might have the possibility to evaluate this original outlook on their favourite hero and heroine.
The Plot
The story takes place in Paris in 1832 On a winter evening Sophie, 9 years old, knocks at Céline Verens’s dooor. Céline is the étoile at Paris opera house. The little girl wants to deliver the shirts her mother sewed in the humble attic they lived in at Montmartre. It’s the beginning of a close friendship between the dancer and the poor orphan . Through the years Sophie becomes the favourite pupil of an old enlighted noble man who survived the French Revolution and the following disillusionment  of the Empire and the Restoration.
In the school run by this man, who is curiously called Citizen Marquis Sophie the most extravagant and miscellaneous group of pupils, but her favourite one is Haitian Toussaint, a little black slave given to her benefactress  Céline by her lover , an English  gentleman , Eduard  Rochester.
Together, Toussaint (Tussì)  and  Sophie grow up  and learn the importance of education, knowledge, reading and writing as well as  the respect for the others , all of them, whatever is their origin, race and class. Together they face every kind of dangerous adventure, first in France then in England, to save their  protector from their persecutors and  and little Adéle, her daughter, from the disquieting mysteries of Thornfield Hall.

A book full of books 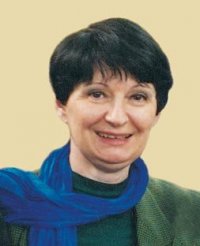 Bianca Pitzorno wrote that this novel was the result of her personal reflections of Jane Eyre by Charlotte Bronte (1847) that she read and loved when she was 15. She said she wished to re-write it from a different point of view since she noticed some incongruences, though she considered it a real masterpiece : the proud, obstinate, independent little girl Jane, after fighting to survive at Lowood School , becomes a cold, detached governess to little Adèle. Then she didn't like theprotrait of little Adéle as  frivolous and shallow .
But this is a book full of ... books.  To prepare to the task of writing her "La bambinaia francese",  she read and researched a lot. Her main sources were all Charlotte Bronte's works, especially Jane Eyre and Villette. But also The Great Sargasso Sea.
In this novel you'll also find a bit of Jane Austen's Northanger Abbey, Mary Wollstonecraft's ideals on women's rights and , her dauther's (Mary Shelley) original Gothic novel, Frankenstein. Ms Pitzorno also declares she freely  borrowed characters from Dickens's Hard Times and A Tale of Two Cities.
And then , many essays from Rousseau and about slavery, on children's educaton in 19th century.
I'm afraid many of you won't be able to read this book.  We'd need a publisher interested in a good translation! It has only been published in Italian!
Posted by Maria Grazia at Wednesday, October 27, 2010
Email ThisBlogThis!Share to TwitterShare to FacebookShare to Pinterest
Labels: Books, From my bookshelf

As a big 'Jane Eyre' fan, I'm interested to hear about this - there is also a book about Adele in English, 'The French Dancer's Bastard' by Emma Tennant, which again presents Mr Rochester unsympathetically for the most part. I thought the first part of Tennant's book, set in France, was very good but for me it fizzled out a lot later on. Very interesting, MG!

I agree, it should be translated! Although from your description, if I were to read it, I would probably put it in the discard pile along with some other Jane Eyre sequels/prequels I've read and loathed! No matter how well-written they are. ;) Thanks for writing about it so that it's brought to the attention to all us non-Italian speakers! :)

@Judy: Tennant's book is so riddled with errors it's not worth the paper it's printed on, in my humble opinion. So far, I think it classes as the second worst JE *equel/rehash I've read ... *shudders*

I haven't read this book yet, and I'm not sure I will, because I noticed that I can't easily suffer "manipulations" of my literary soulmate Mr. Rochester: I hated the Great Sargasso Sea when i read it! I really esteem B. Pitzorno since I was a child and read many stories by her, but It's hard to me objecting to Mr. Rochester ;)

I do hope they translate it into English, for though I was, in my teenage years, rather obsessively enthralled with Mr. Rochester, some hard life experiences have made me feel rather differently about the man. I now find it very hard to sympathize with or forgive him.

I agree, I've read it and I say it should be translated. Anyway I think it can't be assessed as a prequel or a spin-off like all the others, firstly because Bianca Pitzorno is a wonderful writer, and secondly because this is a gorgeous historical novel, with several tributes to musicians and especially writers of the period such as Victor Hugo and mostly Jane Austen.