Sweet Bitter Cane is a story of Italian migrants who travelled to Australia to work on the sugarcane fields of Far North Queensland.  The first arrived in Townsville in December 1891, the result of an Italian immigration agent with the venerable name Chiaffredo Venerano Fraire.  These immigrants came mainly from Italy’s north, from the Veneto but by the 1920s, a mass migration of Italian workers to the Queensland cane fields had begun.


The Italians worked extremely hard, communally, sharing labour and equipment, and soon bought land, crossing the great divide from workers to landowners.  Of course, most thought they would return to Italy with a small fortune after a few good seasons of cane cutting.  But things fall apart; hearts are lost and won, marriages made, children born, and soon the migrants’ paths to easy return are slippery.  The Italo-Australian came into being.
But as the 1930s fascist rumblings in Europe increased, more and more the Italian cane farmers became the victims of suspicion.  Quite what subversive acts they were meant to be involved in on the other side of the planet is unclear.  But when Italy entered the war in June 1940, they were immediately classified as Enemy Aliens.  The men were arrested without accusation and taken to concentration camps, far away from their homes and families in South Australia and Victoria.
So the Italians who had traversed the globe had grown from recruited worker to prosperous landowner and finally to an enemy.  And mostly they’d done nothing but the hard work of tilling the soil.
The recent events in New Zealand sadly demonstrate again the fragile, brittle position a migrant to any country inhabits.  Officially welcomed, needed, rejoiced, soothed and integrated, and yet so quickly a gun can be drawn against them.  In the last few lines of Sweet Bitter Cane, a character notes about discrimination in Australia:

"Would you hear such things today levelled at Italians and Greeks and Maltese? Perhaps in jest, as we gobble the pizzas and yiros and golden pastizzis. But this country holds little of its history; it relishes the palatable and scorns anything in need of stern mastication, sucks the jelly and leaves the bone."

The New Zealand attacks are perplexing, especially the individual’s ferocity, but the source of the problem is old.  We need to take note of history – the answers are written there.  If only we could learn from them.
GREG JOHNSTON 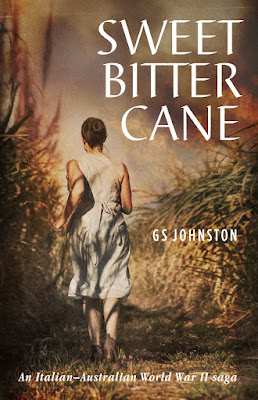 
Twenty-year-old Amelia marries Italo, a man she’s never met. To escape an Italy reeling from the Great War, she sails to him in Far North Queensland to farm sugarcane. But before she meets her husband, she’s thrown into the path of Fergus, a man who’ll mark the rest of her life.
Faced with a lack of English and hostility from established cane growers, caught between warring unions and fascists, Amelia’s steady hand grows Italo’s business to great success, only for old grudges to break into new revenge. She is tested by forces she couldn’t foresee and must face her greatest challenge: learning to live again.
Sweeping in its outlook, Sweet Bitter Cane is a family saga but also an untold story of migrant women – intelligent, courageous and enduring women who were the backbone of the sugarcane industry and who deserve to be remembered. 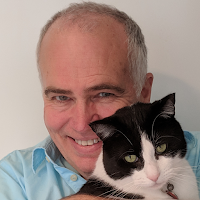 
G.S. Johnston is the author of three historical novels, Sweet Bitter Cane (2019), The Cast of a Hand (2015), The Skin of Water (2012). And a fourth novel set in contemporary Hong Kong, Consumption (2011). The novels are noted for their complex characters and well-researched settings.

After completing a degree in pharmacy, a year in Italy re-ignited his passion for writing and he completed a Bachelor of Arts degree in English Literature. Feeling the need for a broader canvas, he started writing short stories and novels.

Originally from Hobart, Tasmania, Johnston currently lives in Canberra, Australia. He is treasurer of the Historical Novel Society Australasia.

Buy the book at amazon.com